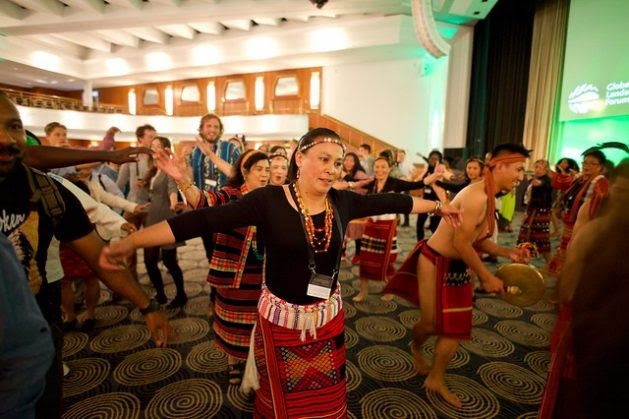 The Global Landscapes Forum (GLF) was held in Bonn, Germany and focused on how to give land rights the visibility needed to showcase that a rights approach, particularly when it comes to indigenous people, is a solution to the climate change crisis. Courtesy: Pilar Valbuena/GLF
Jun 29 2019 (IPS) - The Global Landscapes Forum (GLF) was held in Bonn, Germany to rally behind a new approach to achieving a future that is more inclusive and sustainable than the present – through the establishment of secure and proper rights for all.
On Jun. 22 and 23, experts, political leaders, NGOs and indigenous peoples and communities gathered to deliberate on a methodology that emphasises rights for indigenous peoples and local communities in the management and perseveration of landscapes. The forum took place alongside the  United Nations Framework Convention on Climate Change Bonn Climate Change Conference.