GCM Adoption: An Approval for Change or Business as Usual? | Inter Press Service

GCM Adoption: An Approval for Change or Business as Usual? | Inter Press Service

GCM Adoption: An Approval for Change or Business as Usual? 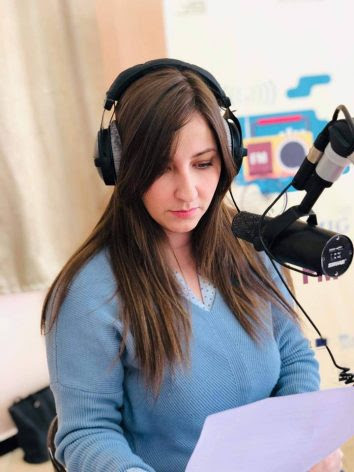 Journalist Amel Morandi is particularly concerned with the voluntary aspect of the Compact as it does not place legal obligations on States. Courtesy: Chahreddine Berriah
MARRAKECH, Morocco, Dec 12 2018 (IPS) - The Global Compact on Migration is now official. But what next? To get a better idea, IPS spoke to journalists and representatives of civil society attending the Global Compact for Safe, Orderly and Regular Migration (GCM) conference to find out their views on what it might achieve when to comes to “safe, orderly and regular migration.”
“I participated in many workshops during this event, and I found that really just Africans and to a lesser extent, Europeans, are interested in this pact,” says Nadjoua Rahem, an Algerian journalist.

“As for the pact itself, I do not expect much, despite its approval—we all know that the States present in Marrakech have previously signed all the laws guaranteeing peace and respect for human rights, but in reality, these states do not respect what they have signed and approved.”
She says that nothing much will change, considering the polarised political posturing that characterised the lead up to the conference to adopt the compact, with some United Nations member countries opting out.
“After this approval, does that mean that tomorrow: ‘I will be able to move freely?’ That is how the migrant thinks,” says Djatche Armel, a Cameroonian host for online radio Air Dumboa. “To me, nothing will change. Moreover, very few migrants, the majority of whom are Francophone, do not understand the content of this Compact written in English. Personally, I have little hope for a better life for migrants.”
The GCM, according to the U.N., covers all dimensions of international migration in a holistic and comprehensive manner. It was born out of the New York Declaration for Refugees and Migrants adopted unanimously by the U.N. General Assembly in 2016, and is the culmination of 18 months of discussions and consultations among member States, and other actors, including national and local officials, civil society, private and public sectors and migrants themselves.
It provides a platform for cooperation on migration, and in the words of Louise Arbour, U.N. Special Representative for International Migration, the GCM is “cooperative—not binding, and a reaffirmation of collective commitments to national sovereignty and to universal human rights in the pursuit of an approach to international migration that benefits all.”
Amel Mohandi, a journalist, is particularly concerned with this voluntary aspect of the Compact. If it does not place legal obligations on States, she says, “there won’t be a big impact because the States that adopt the document will not be forced to apply it.”
Mohadi adds that making the Compact a success “is not just a political issue but requires civil society mobilisation and journalist capacity building to report informatively to eliminate prejudices and hatred.”
Ahmad Belkhir, a human rights activist, is optimistic, though, and says that the sheer number of countries represented at the conference—more than 160—is “a sign that the subject of migration is important to them.”
“I really think that the articles contained in this Compact are beneficial for migrants who will rely on them to obtain their rights. Although many believe that States will not fully respect what they have approved, I am sure that many of them will change their migration policies. It’s a big step and that’s why we have to be optimistic,” Belkhir says.