As King tirelessly reiterated — we will not learn non-violence from a guru or a saint. We can only learn it by loving whoever we deem to be the “other” — by tirelessly reaching out to them in a quest for reconciliation. 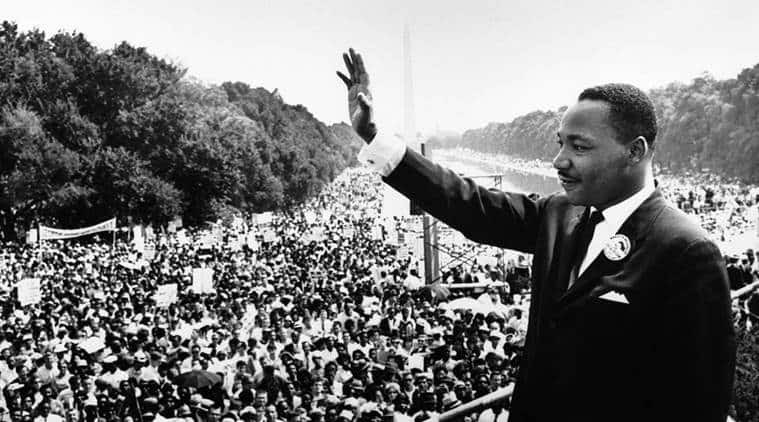 Votaries of sanity and common human decency, such as the now famous Imam at Asansol, are admired but like Martin Luther King and M K Gandhi, they are regarded as rare human beings.
Hundreds of marchers, mostly African Americans, were peacefully moving towards city hall in Birmingham, Alabama. The year was 1964 and the American civil rights movement was at its peak. When armed police and firemen, ready with powerful water hoses, moved to block the path of the marchers something utterly unexpected happened. At the call of one of their leaders, the marchers knelt and began to pray.
Some of the protesters later reported feeling “spiritually intoxicated”. After a while, one of their leaders got up and told the police that: “All we want is our freedom. How do you feel doing these things?”
When the protesters rose and again began advancing the police commissioner, who was well known for supporting racial segregation, shouted: “Turn on the water!” But the firemen refused to comply. Observers reported that they saw some of the firemen crying.
In his account of this event, Michael Nagler, noted American peace activist, has suggested that this happened because earlier the police and firemen had heard the leaders of the marchers give not only a rallying call for winning their own freedom but also about setting “our white brothers free”. It is perfectly understandable why this event seems unreal to many people. The opposite is more often true. Hatred and anger are more commonly visible on all sides of such confrontations — be it between protesters and government or between people divided by religion, colour, caste or class.
Votaries of sanity and common human decency, such as the now famous Imam at Asansol, are admired but like Martin Luther King and M K Gandhi, they are regarded as rare human beings. Such individuals may be rare but what King’s work showed was that with sufficient training ordinary people can move mountains with non-violence.
In this respect, under King’s leadership, the American civil rights movement developed powerful and practicable methods that are more accessible than those deployed in India’s struggle for freedom. The latter depended heavily on Gandhi’s towering moral authority — which truly is a rare historical phenomenon.
Successful non-violent action may be inspired by an iconic leader but it cannot be dependent on such a leader. The history of non-violence in King’s time and since then clearly demonstrates that there is no substitute for two things — rigorous training and a sound philosophical perspective about the “other”.
Up to a point, King was building upon what he learnt from the Gandhian practice of non-violence. Most notably, building on the conviction that it is the forces of evil that have to be attacked — not the persons doing evil. That there is merit in suffering without retaliation for the sake of the just cause.
All of the above is small comfort to us in India today when hatred and violence are corroding the social fabric — from Srinagar to Asansol and from Una to Rajsamand. And yet, the ways in which King went beyond Gandhi are urgently significant for us in India.
Above all, King’s life and actions gave a concrete and graspable understanding of the “love” that can transform society and dissolve oppression. This love is not filial or the affection between friends. It is “agape love” that does not make a distinction between “worthy” and “unworthy” people, between friend and enemy — because it seeks to create and preserve a sense of community that is all inclusive.
This is why, at every turn, King said that “while abhorring segregation, we shall love the segregationist” for this is the only way to create the “beloved community” — one in which there is justice for all.
King’s legacy inspires us to realise that those of us who long for “beloved community”, in this sense, maybe its most dangerous enemies. This happens when we irrevocably give up on those who spread hate — regarding them as “unworthy” of either our prayers or our compassion.
As King tirelessly reiterated — we will not learn non-violence from a guru or a saint. We can only learn it by loving whoever we deem to be the “other” — by tirelessly reaching out to them in a quest for reconciliation.
Bakshi is the author of several books including Bapu Kuti: Journeys in Rediscovery of Gandh
For all the latest Opinion News, download Indian Express App
Publicado por salud equitativa en 4:34