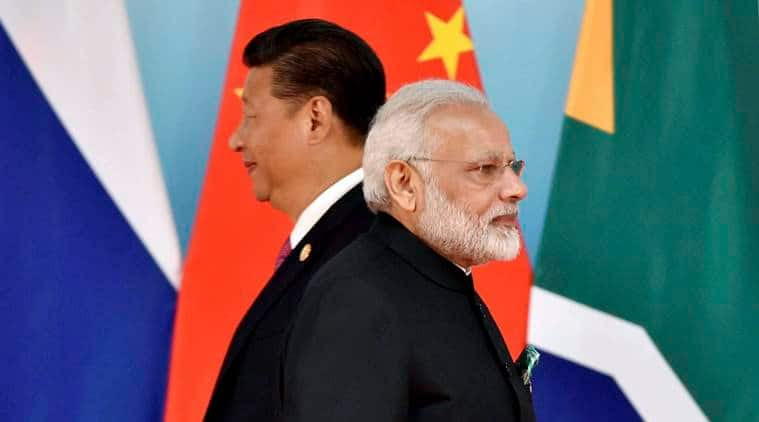 PM Modi, Chinese President Xi Jinping to meet on April 27  and 28 in Wuhan (AP/File)
Prime Narendra Minister Modi begins his two-day visit to Wuhan city in China today for a unique meeting with President Xi Jinping, described as an “informal meeting”. PM Modi is being accompanied by National Security Adviser Ajit Doval, Foreign Secretary Vijay Gokhale and a few other officials. It is expected that the two leaders would have informal interactions on one-on-one basis as well as with their aides when Modi is in Wuhan city.The visit has naturally elicited enormous interest, not only in India but globally. Coming just two months before Modi’s long-scheduled visit to China for the Shanghai Cooperation Organisation (SCO) Heads of State Summit in June, and projected as an informal, agenda-free deliberation, the meeting of Modi and Xi is being interpreted by experts in several ways. Some are optimistic while others are calling for caution. Some assume that the visit will resolve many longstanding and outstanding issues between the two countries, seen until now as intense adversaries, if not enemies, others are worried about the fallout of the meet on relations with other countries — especially, India’s with the US and China’s with Pakistan.
What most people miss out is the fact that we are living in a new era. The shape, stratum and subject of international relations have undergone major transformations. Madeleine Albright once commented that, “A lot of people think international relations is like a game of chess, where people sit quietly thinking out their strategy. It is not. It is more like a game of billiards, with a bunch of balls clustered together.” It is an apt description of the global politics in the 21st century.
The new century has brought with it a new world order with multiple centres of power. The unipolar world, dreamt of by political scientists like Francis Fukuyama after the collapse of the Soviet Union, has not become a reality. Instead a multi-polar world has emerged with the advent of the 21st century. Like in a billiards board, as mentioned by Albright, a hit with one ball will affect many balls today.
In this multi-polar world, several countries have emerged as important poles. India and China are two such pivots commanding critical balance in the new global multi-polar order. In a bipolar or a unipolar set up, only one or two countries will have major stakes in global affairs. But in a multi-polar world, stakes too will be held by many countries. In effect what we are experiencing today is a multi-polar world slowly getting accustomed to multi-stakeholder approaches.
This exciting journey of the international relations from biploarism to dreams of unipolarism and “end of history” to multi-polarism to multi-stakeholderism is what brings Modi and Xi together today. Not every meeting between the leaders of two countries need to be viewed through the prism of bilateralism alone. India and China are two big poles in the world today. Both have no doubt bilateral schisms to attend to, but both are playing much larger roles in the world today. Bilateral issues and domestic priorities are important. They will come up when the leaders meet. But it will be a mistake to assume that Wuhan is all about bilateral issues.
While the 20th century brought about a climax to market and military-centric global faultlines, cleverly camouflaged in capitalist and communist ideological idioms, the advent of the 21st century introduced new hotspots to the world. Political ideologies have given way to religious fundamentalisms while market and military remain the fulcrum of new politics. Trumpism has redefined power alliances with uncertainty as the method and unpredictability as the tactic. In a way, Sun Tzu appears to be more attractive to US President Donald Trump than Xi.
“The agony of international relations is the need to try to practise politics without the basic condition for political order,” lamented British political theorist Bernard Crick. Certain world powers seem to still believe that no political order is required for pursuing their politics, whether in Syria or in Afghanistan or in North Korea or in the South China Sea. All these new flashpoints have the potential to cause unrest in the region and beyond.
The 21st century is witnessing new power alliances and equations. Power blocs like the SCO are growing in strength and influence. On the other hand, multilateral institutions of World War-II vintage are losing sheen. Economy, ecology and energy are the new drivers of the world politics. In such a scenario, as stakeholders, major powers need to engage in consultations on a regular basis. It need not be about bilateral issues alone. Leaders of India and China have been doing that for sometime now. PM Modi occasionally consults or is consulted by other leaders like German Chancellor Angela Merkel. President Xi too engages in such informal consultations with Trump, Vladimir Putin and others.
Wuhan is more about that. The two important leaders, who have arrived, are engaging in such consultations for the first time. It augurs well for a multi-stakeholder political order. Will it affect the time-tested bilateral relations of the respective countries with others? I think no.
What are the achievables? What will be the outcome? Friends ask. This meeting is not “outcome-centric”, it is “understanding-centric”.
The writer is National General Secretary, BJP and director, India Foundation
For all the latest Opinion News, download Indian Express App
More From Ram Madhav 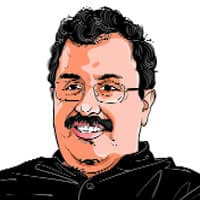