China is in the midst of an ambitious modernisation programme for its armed forces, developing stealth fighters, aircraft carriers and advanced missiles as it strives to become a world-class military by the middle of the century. 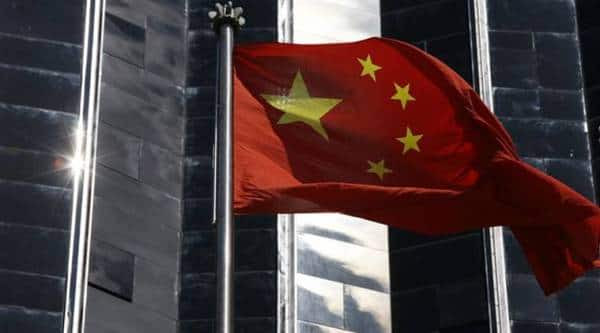 Taiwan is one of China’s most sensitive issues and a potential military flashpoint.
China confirmed on Thursday that it had put into a service a new missile that Chinese media has dubbed the “Guam killer” for its ability to hit the U.S. Pacific Ocean base with a conventional or nuclear weapon.
China is in the midst of an ambitious modernisation programme for its armed forces, developing stealth fighters, aircraft carriers and advanced missiles as it strives to become a world-class military by the middle of the century. That, along with an increasingly assertive stance in the disputed South China Sea and around Taiwan, claimed by China as its sacred territory, has rattled nerves around the region and in Washington.
Speaking at a regular monthly news conference, Defence Ministry spokesman Wu Qian said that the military had begun putting into service the DF-26 intermediate range ballistic missile – called the “Guam killer” by media and defence experts. Wu gave few details, aside from that it can carry conventional as well as nuclear warheads and attack targets on land or at sea with precision.
China has made little secret of the DF-26 programme. The missile appeared in a major military parade in Beijing in 2015. In a separate announcement, China’s air force said that its aircraft had again flown around Taiwan, the latest in a series of exercises Taiwan has described as military intimidation.
Taiwan is one of China’s most sensitive issues and a potential military flashpoint. Over the past year or so, China has ramped up military drills around democratic Taiwan, including flying bombers and other military aircraft around the island. The Chinese air force said in a statement it scrambled fighter jets, early warning aircraft, reconnaissance planes and H-6K bombers from multiple airports for “combat military drills” on Thursday.
The air force said its H-6K bombers had conducted numerous drills circling Taiwan since April 18 “to improve its ability to safeguard national sovereignty and territorial integrity”.
Taiwan’s Defence Ministry said it sent planes and ships to monitor the activity and ensure its maritime and airspace security, and there were no “abnormal situations”.
China’s hostility towards the island has grown since the 2016 election of President Tsai Ing-wen from the pro-independence Democratic Progressive Party.
China has been issuing increasingly strident calls for Taiwan to toe the line, even as Tsai has pledged to maintain the status quo and keep the peace.
On Wednesday, China’s Taiwan Affairs Office, said drills near Taiwan were designed to send a clear message to the island, and China would take further steps if Taiwan independence forces persisted in doing as they pleased.
Defence Ministry spokesman Wu repeated that statement, and added his own warning. “Engaging in Taiwan independence is a dead end,” he said.
For all the latest World News, download Indian Express App
Publicado por salud equitativa en 7:22