A Legend In His Lifetime | The Indian Express

A Legend In His Lifetime | The Indian Express

A Legend In His Lifetime

Till the end, Justice Rajinder Sachar spoke up for the rights of fellow citizens 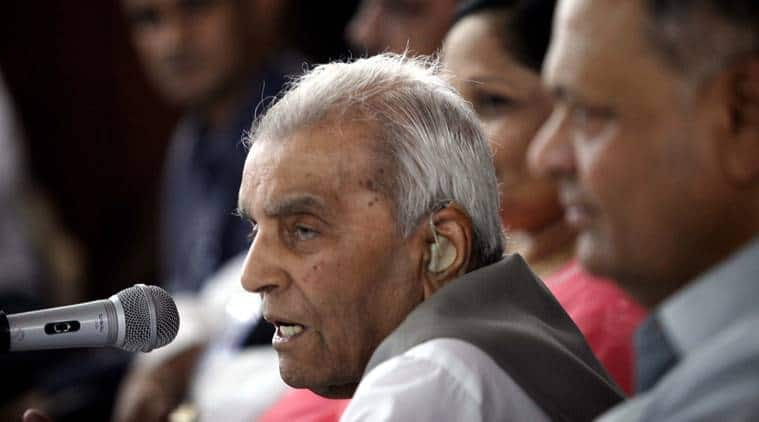 Justice Rajinder Sachar died Friday at age 94 (Express Photo by Arul Horizon/Files)
He was a legend in his own lifetime. Highly respected in life and deeply mourned in death, Rajinder Sachar was a household name. Son of a Congress veteran, he was born with a silver spoon in his mouth and inherited his grandfather’s legal acumen. On returning from Europe after completing my higher education in early 1970s, I had befriended in Delhi some great law brains much senior to me and drew inspiration from them till the end of their lives. Among them were Kerala High Court judge V R Krishna Iyer, then a member of the Law Commission, and Delhi High Court judge Rajinder Sachar. Both were destined to leave deep imprints on the development of human rights jurisprudence in the country. Their judgments, extrajudicial writings and seminar speeches were parts of my early lessons in human rights education.
I was an eye witness to the stance Sachar took with exceptional grace on the indignities inflicted on him as a judge during the dark days of Emergency, and to the celebratory mood in legal circles when following the end of that ghastly spell in India’s history his rightful place in the capital’s high court was restored. During the devilish dance of anti-Sikh brutalities on Delhi roads in 1984, he part-heard a challenge to police atrocities and did the utmost that a human rights-conscious judge could have done. But he was deprived of the chance to finally decide the matter. The bitter memory of the unfortunate episode remained his lifelong haunt.
As the Chair of National Minorities Commission I was a member ex officio of the National Human Rights Commission when its chairman Justice M N Venkatachaiah constituted a review committee for the Human Rights Protection Act 1993. Former Chief Justice A M Ahmadi had agreed to chair the committee, but Sachar was the leading light on it and the imprint of his thoughts was well writ in its report. How I wish the report had been accepted and implemented in toto by the powers that be, but 18 years later the report is totally forgotten and the NHRC remains a toothless tiger as at its inception. With its reportedly 10 notices to the UP government in the last few months on incidents of human rights violations, the state remains what it has been all these months.
Sachar was denied a seat on the Supreme Court Bench. It was sheer injustice not as much to him as to the nation at large. He, however, turned this denial into a blessing in disguise by arguing before the apex court as a counsel on many human rights matters. In his 81\st\ year, he forcefully pleaded in the court for a forthright repeal of the draconian law called the Prevention of Terrorist Activities Act put on the statute book in the preceding year. Its blatant misuse in certain parts of the country had stirred his conscience and he put his heart into the NCPUL’s brief seeking its abolition. The devil was soon killed but soon took rebirth in the form of another Act; and he remained a restless soul all his life.
On returning to power in 2004, the Congress thought of initiating action on some tall promises it had habitually made in its election manifesto — among these being measures for examining the minorities’ long-pending demand for reservation in educational institutions and government jobs and for eliminating socio-economic backwardness of Muslims. The apolitical prime minister of the day wanted to get the vulnerable jobs handled by judges and academics. Two independent bodies were set up soon, one for minorities in general and the other for Muslims, which media nicknamed as Ranganath Misra Commission and Sachar Committee respectively. Ranganath Misra became brand name for the report written by me as the commission’s member, and Rajinder Sachar for that prepared by the committee’s member-secretary Abusaleh Sherrif. While Misra signed my report on the dotted lines, Sachar read every word of his learned colleague’s report and owned it up from the core of his heart. Misra remained tight-lipped about his report till his end in 2013, Sachar was vocal in its support till a few days ago. Both the noble souls are now resting in peace, and both the abortive reports in national archives.
The author is professor of law and former Chair, National Minorities Commission
For all the latest Opinion News, download Indian Express App
More From Tahir Mahmood 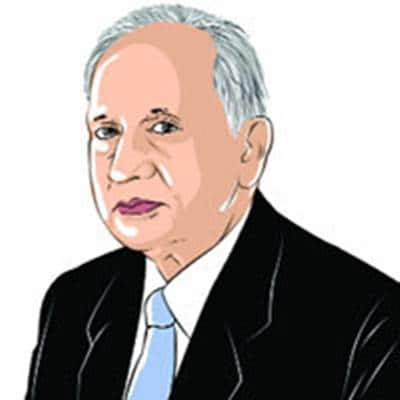