INTOLERANCE ▼ Spanish tourism: A victim of its own success | In English | EL PAÍS

Spanish tourism: A victim of its own success | In English | EL PAÍS

Spanish tourism: A victim of its own success 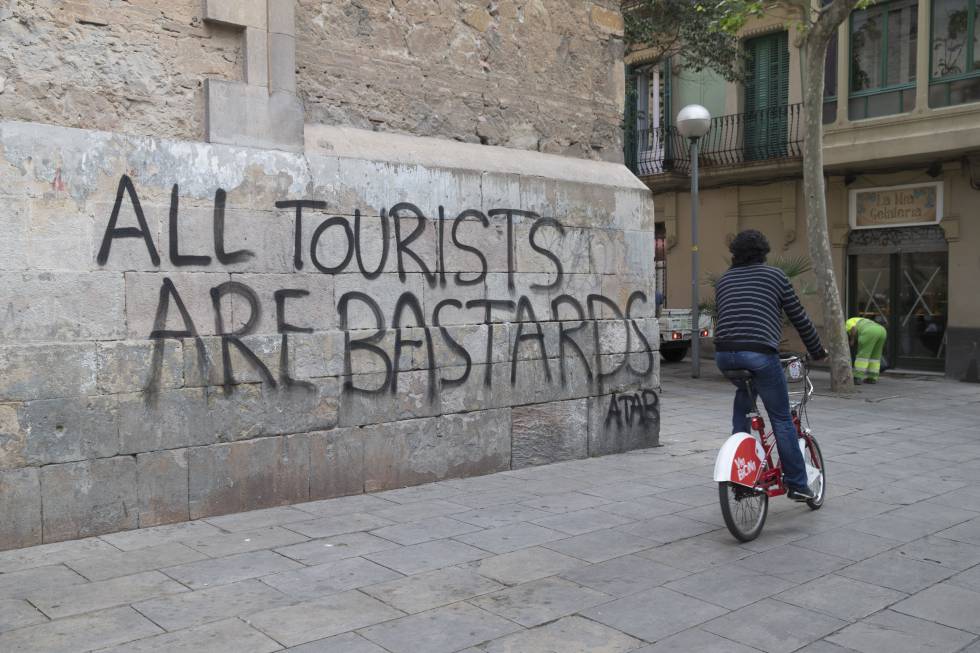 The writing is on the wall for Spain's tourism sector. CARLES RIBAS


Year after year, Spain breaks visitor numbers. Since 2012, the number of tourists has increased by 31%, with more than 75 million coming to Spain annually. Aside from the excellent facilities Spain’s tourism sector offers, other factors are in play. The insecurity associated with other major vacation destinations has put Spain in a privileged position as a country that is both attractive and safe. Earnings from the sector have mitigated the impact of the economic crisis, and tourism is also a vital source of employment, providing jobs to 13% of the country’s workforce.
But there are now warning signs. Residents of Barcelona see tourism as the city’s main problem, even though 83% recognize that it provides benefits. Barcelona cannot turn its back on a sector that provides 20% of its GDP. But it needs to manage it well, just as Madrid and other Spanish cities.
The problem is large numbers of visitors in certain locations and at certain times of the year
Spain needs to hold onto its tourism sector – after all, it contributes 11% of the country’s GDP – but it also needs to manage it properly if it is to be sustainable and of benefit to all. The occasional outbreaks of hostility toward tourists in some locations is a symptom of ill-feeling that needs to be nipped in the bud before it is too late.
In reality, such hostility is not directed toward individual tourists, so much as a rejection of mass tourism. The problem is not the number of visitors so much as large numbers in certain locations and at certain times of the year. If we allow mass tourism to impact negatively on our beaches, towns and countryside, then not only will local people turn against tourists; the industry itself will suffer. When all is said and done, it is tourists themselves who most dislike mass tourism.

75 million and counting: Spain shattered its own tourism record in 2016

Why Spain is still failing to attract high-end tourists