THE RETURN || Living abroad: Spaniards in the UK: not just waiting tables | In English | EL PAÍS

Spaniards in the UK: not just waiting tables

Over half of Spanish workers in country are in health, education and finance, new study shows

Like thousands of other Spaniards, Santiago Alonso, 33, left the country in the middle of the crisis. An aeronautical engineer, he had a job in Spain, but the lack of future he saw in the national job market pushed him to make the decision. In September 2012, he moved to Nottingham in the UK. Almost five years later, he wants to return, but there’s just one problem. 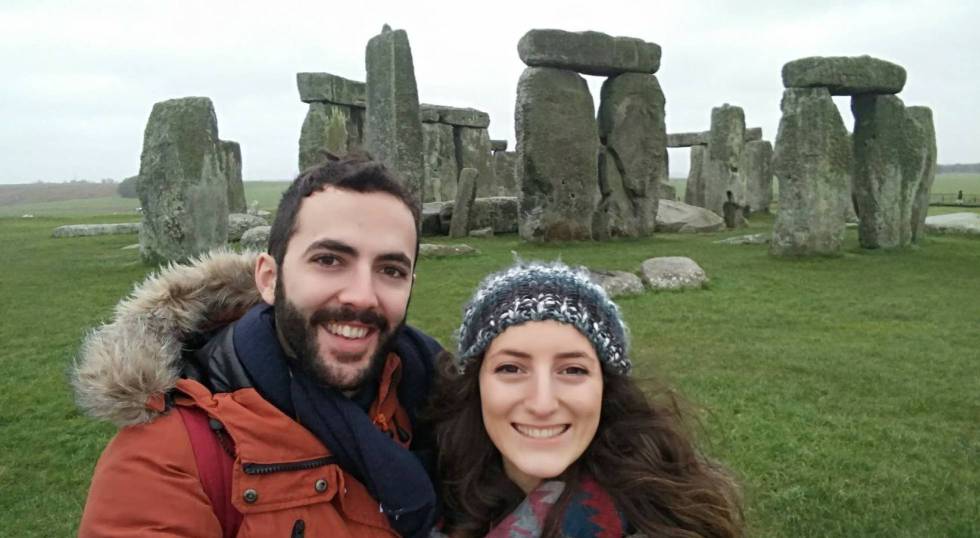 Marta Flores and her partner Carlos Martínez at Stonehenge.


“I don’t think I will find a job like the one I have here,” he says. Alonso now works for a major auto company, and he is afraid that in Spain all he will find is “a boring job with no prospects, like the one I had before.”
A native of Salas de los Infantes, a village in the northern Spanish province of Burgos, Alonso has joined one of the largest communities that formed in Britain during the economic crisis.
Now, as a result of the Brexit negotiations, the British government has studied this group closely for the first time, and found that over half of Spanish workers in the UK work in education, health and finance.

MARTA FLORES, TEACHER
According to the British Office for National Statistics, of the 116,000 Spanish citizens living in the UK in 2013 to 2015, 25,400 were under 16 or over 64 years old (22%), 68,200 were working (59%), and 5,500 were unemployed (5%). There were 6,100 students (5%) and 10,100 were otherwise economically inactive (9%)
The report notes that “of all Spanish citizens working in the UK, 78% were working in three industrial sectors: public administration, education and health (19,400 – more than half in the education sector), banking and finance (17,000) and hospitality (16,700).
“There is a lot of demand for teachers, especially in London,” says Guadalupe R. P., a 41-year-old psychology graduate who moved to England in 2012 on a scholarship and studied to be a language teacher at the high school level. After two months of studies and seven months working at a local school, she decided to stay.
There were 296,600 British nationals living in Spain on January 1, 2016, according to the British government. That is a drop of 12,205 people since 2011. Michael Harris, vice-presidente of an anti-Brexit group called Eurocitizens, says that the numbers continue to drop. “A significant number has already returned,” said Harris, noting that the community is experiencing “concern, anxiety and uncertainty.”
“There are no civil service examinations in the UK, and you can work at a primary school without a teaching degree, as is the case for me,” she says. “In Spain, without a degree, I could only work in the private sector, and I could not sit examinations to be a public school primary teacher.”
Carlos Martínez, a 27-year-old preschool teacher who has been in Britain for five years, agrees. “I left Spain because of how hard it was to work in the private sector, and because you had to sit examinations to access the public school system. This entails a huge effort that in no way guarantees that you are going to be successful.”
The Spanish community in Britain keeps growing. According to the latest figures released by the National Statistics Institute (INE), in early 2017 there were 13,281 more Spanish residents in the UK than in 2016. That is a 13% increase in just a year, and a 100% increase from 2009, when there were just 57,770 Spaniards in the country.
And authorities believe that many more unregistered Spaniards may be living in Britain. “In absolute terms, Britain is the place that registered the greatest growth of the Spanish community in the last year,” says an INE report.
Now, the Spanish and UK governments are waiting to see if and how Brexit will influence this trend. The ONS report is the first in a series of analyses of foreign communities aimed at quantifying the impact that Brexit will have on these individuals.
“In my case, I’m not scared of Brexit because there is a demand for teachers. I think that in our sector, there is no cause for concern, just like the health sector,” says Guadalupe.
Marta Flores, a 26-year-old teacher from Córdoba, would like to return to Spain. “But I don’t see that happening in the short term,” she says. “They are not creating incentives for young people to return to the country.” 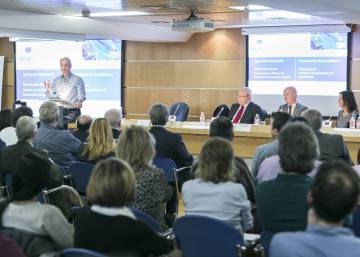