The God of the Gulag, Vol 1, Martyrs in an Age of Revolution
The God of the Gulag, Vol 2, Martyrs in an Age of Secularism
By Jonathan Luxmoore, Gracewing (UK), 2016
Jonathan Luxmoore, a writer who has specialised in Church news from Russia and Eastern Europe for many years, has written a superb history of Christian persecution under Communism from its inception to its downfall. At 900 pages altogether, it has been a labour of many years as well as of love. In their breadth and in their meticulous research, these two volumes describe not just a broad survey of the fortunes of the Christian churches, mainly Catholic and Orthodox, within the USSR and behind the Iron Curtain, but the heartrending stories of those courageous individuals who refused to give up their faith and whose names have been forgotten for many decades.
Throughout the books Luxmoore often draws parallels with the persecutions of Christians in ancient Rome. This provides the reader with a historical context, reminding us in the West fortunate not to have (yet) been persecuted likewise, the price that is sometimes demanded of those who have witnessed to Christian faith and rejected a pagan or atheist ideology. 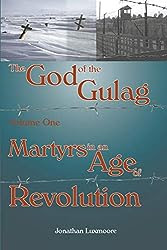 As the author writes in his prologue, “The fate of the martyrs reminds us that not everything is objectively predictable and rationally verifiable.” It is another way of saying that religious faith exists in the depths of man’s being, even “in the darkness of prison cells, labour camps and execution yards” and that, despite the deliberate destruction of churches and their worshippers, it can never be eradicated.
Volume I begins with the Russian Revolution (pointing to its atheistic antecedents in the French Revolution) and ends after the death of Stalin in 1953. Volume II takes us through the subsequent decades to the collapse of Communism in 1989-1990 and the state of the Church in those countries where Communism had dominated all social and intellectual life.
The author does not gloss over the deaths of the millions who fell foul of Stalin’s policies, such as the kulaks in Russia and the Ukraine, the “bourgeoisie” and intellectual and political dissenters, but his purpose is to charter the particular martyrdom suffered by religious believers. His narrative focuses on the Catholic Church as the only institution “present as a single, supra-national entity throughout communist-ruled Europe.”
In volume I Luxmoore describes the tragedy that unfolded, following the hatred unleashed against Christianity by Lenin and the Bolsheviks, prepared to eliminate millions of lives in the interests of “progress” and the building of a socialist paradise. Churches were destroyed wholesale and thousands of priests were imprisoned, summarily executed or sent to the Gulag for years. Few survived their ill-treatment. Nuns and religious sisters suffered a similar fate.
By the late 1940s, “society was... permeated at every level by hope and fears, dreads and illusions.” Despite strongly worded condemnations of Communism from time to time by Popes Pius XI and XII, such as Pius XI’s denunciation in February 1930 of the “horrible crimes and sacrileges perpetrated against Christians who had proved devoted and generous, even unto heroism and martyrdom”, the Vatican was essentially powerless to prevent the concerted, long-drawn-out war of attrition against Church members. Where tiny religious groups survived in Eastern Europe, Communist regimes presented them as “backward and reactionary, a legitimate target for ridicule and repression.”
Pathetic voices were raised against this state-sponsored torment: “Where shall we christen our children and bury our dead? Where shall we turn to in our sorrow?” was one appeal. For those who died in prison, and whose families were not notified, there was the fear that “no-one would ever learn of their death, that no-one would ever know where they had been buried.” This was “one of the prisoners’ greatest psychological torments.”
There were heroic Church leaders, such as Metropolitan Slipyi of Ukraine and Cardinals Mindszenty of Hungary and Wyszynski of Poland. But they differed in their approach: Mindszenty paid the price of torture, then long years of internal exile in the US embassy in Budapest, for refusing to deal with the Communist regime; Wyszynski concluded that a “strategy of confrontation like Cardinal Mindszenty’s in Hungary would not work”. He signed an “Understanding” with the Communist government in Poland which laid down that the Church would recognise the state’s authority and the state would provide the Church “with a measure of institutional protection” – in other words, a minimal and workable modus vivendi between the Polish episcopate and the government.
With the election of Pope John XXIII and especially Paul VI, in 1958 and 1963 respectively, there was a change in Vatican policy, which is outlined in volume II. “Ostpolitik”, later criticised for its seeming accommodation with the state, sought to minimise confrontation, remain silent rather than protest and work through diplomacy. Paul VI’s attitude was that “for the love of truth, discussion is always possible.” There was an inevitable tension between the merits of engaging in a total struggle against political evil or choosing to accept that “there was always some narrow path for reaching to their hearts, that in a person’s conscience there existed a secret light which not even the most relentless institution could extinguish.” 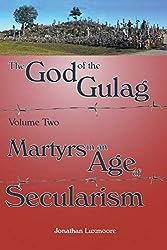 In volume II there is less a record of a martyrdom of blood, though random brutal murders till occurred, than the different kind of martyrdom of the living, who were harassed, intimidated and kept under surveillance within a hostile, atheist environment. Luxmoore details the differences in severity towards Christians between the regimes of e.g. Yugoslavia, Hungary, Lithuania and Poland. The election of Pope John Paul II in 1978 proved to be the catalyst for far-reaching, irrepressible and dynamic change. Having experienced and lived under Communism, he constantly drew attention to its democratic deficits and disregard for ordinary human rights.
Independently in Czechoslovakia in 1977, “Charter 77”, a human rights declaration, had been formulated by a range of people, from devout Christians to committed Marxists; it was founded on the conviction that the state should uphold moral principles and observe its own laws. This way of linking the Gospel with human rights, and human rights with state legitimacy, challenged Communist regimes where they were weakest.
Luxmoore comments that the Polish John Paul II had shown when he made his first visit to Poland in the summer of 1979, that “the stultifying structures of communism could be changed – not through violent rebellion, but through a liberation via the free spaces of conscience, morality, culture and identity.” The Pope also understood that “agreements with communist regimes were worthless, unless backed by powerful pressure.” He helped the repressed populations behind the Iron Curtain to recognise that although Communism could not be “intimidated by confrontation...it could be undermined through the power of values, by a moral victory over fear and hatred which ultimately became a political victory.”
With the benefit of retrospective knowledge of the times, reading the latter part of volume II becomes a buoyant exercise. Alongside the subtle speeches and homilies of the Pope, which penetrated below the propaganda line to reach human hearts and which were thus interpreted by millions of oppressed people in Russia and Eastern Europe, there was the election of Mikhail Gorbachev in 1985 as the new General Secretary of the Soviet Party in Russia. He spoke of “perestroika” and “glasnost” – words foreign to the Party gerontocracy which, in their turn, unleashed the floodgates. “By 1989, it was clear that the spirit of history, for all the confident prophecies of Marx and Lenin, had moved irrevocably against communism”, as Luxmoore reflects.
Behind his long and detailed roll-call of heroic individuals, as well as his public shaming of the petty, cowardly and sadistic functionaries and secret police that persecuted them, Luxmoore explains how Communism finally died from within, its promises and premises revealed as bankrupt. He has written a splendid work of recent Church history, in which he cites formerly secret archival material as well as a wealth of other documentation, that deserves to be widely known.
Francis Phillips writes from Buckinghamshire in the UK.

One of my favourite prophets is Alexandr Solzhenitsyn. A bit pessimistic and gloomy at times, but if there was anyone who spoke the truth to power, it was he. In 1978, in exile in the United States, he gave a memorable address at Harvard University which probably infuriated his hosts. Its theme was the corruption of the Western intelligentsia, in particular its legalism:
"I have spent all my life under a Communist regime and I will tell you that a society without any objective legal scale is a terrible one indeed. But a society with no other scale than the legal one is not quite worthy of man either … Whenever the tissue of life is woven of legalistic relations, there is an atmosphere of moral mediocrity, paralyzing man's noblest impulses."
Solzhenitsyn attended that harshest of schools, the Soviet Gulag, where he eventually became a Christian. Seeing the steadfastness of Christians in the camps, he realized the shortcomings of materialism, whether Communist or capitalist.
“To defend oneself, one must also be ready to die,” he said. “There is little such readiness in a society raised in the cult of material well-being. Nothing is left, then, but concessions, attempts to gain time, and betrayal.”
All this is by way of introduction to a two-volume book reviewed below by Francis Phillips, The God of the Gulag, about Christians martyred in Russia and Eastern Europe. God knows how many there were – probably millions. But rather than numbers, what is striking is their steadfastness. Are we made of the same stuff?