Is the Hebrew Bible elastic enough to make God transgender?

A rabbi says yes, but that is not what the texts of Scripture show 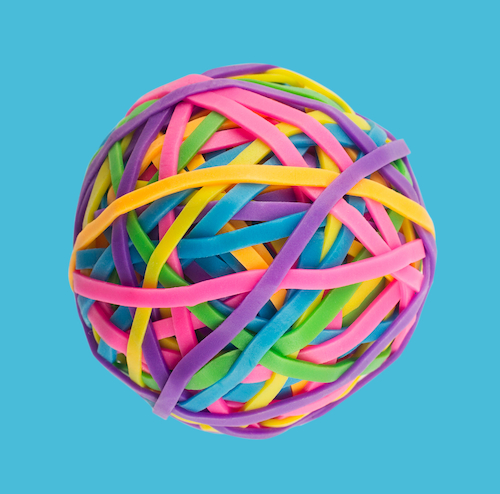 Mark Sameth is a rabbi in New York, affiliated with the Reform offshoot of Judaism. Writing recently in the New York Times he claims "the Hebrew Bible, when read in its original language, offers a highly elastic view of gender." Gender, linguistically, is muddled in the Torah, as when Rebecca, mother Jacob and Esau, is referred to as "a young man." His conclusion? As a rabbi, he is "particularly saddened whenever religious arguments are brought in to defend social prejudices." By "social prejudices" he means the belief that we are born male or female, and cannot remake ourselves as the other. "[G]ender is not, nor has it ever been, a matter of either/or," he writes. And this is apparently consonant with Jewish tradition.
Is this really so? In reality, his arguments do not stand up to even superficial inspection.
It's worth noting that the Reform movement of Judaism was developed as an attempt to bend Jewish practice and belief towards congruence with contemporary western life. In a culture that proudly proclaims Bruce Jenner Woman of the Year, perhaps it was only a matter of time before one of its leaders attempted to normalize the erasure of a boundary that has been fundamental to historic Judaism.
In reality, it was not Judaism, but ancient Mesopotamian and Egyptian cultures that embraced alternative views of gender and sex. Commentator Dennis Prager has demonstrated that the Jewish—later Christian—sexual revolution that made western progress possible lay in replacing pagan views (which included incest, orgies and sacred prostitution) with the "forcing of the sexual genie into the marital bottle." Constraining male sexuality meant women and children gained security and society gained stability that benefitted all its members, individually and collectively.
The past half century in which we have witnessed another sexual revolution removing sexual restraint shows degrees of suffering resulting from this genie's escape. Single parenthood rates grow, which are correlated with higher levels of poverty. Divorce is correlated with lower graduation rates, higher rates of drug use and higher rates of early sexual initiation for children. These things are the result of the removal of restrictions on sexuality, a gift the Hebrew Bible gave to the world. There is something truly perverse about a clergyman invoking the norms of the pagan world to defend the destruction of the Judeo-Christian norms upon which millennia of progress were built.
Sameth's distortions go on. The word he translates as "young man" used to describe Rebecca in fact means "youth." With one set of vowels, it is masculine, and with another feminine. Since vowel points are not used in the Torah scroll he chose to ascribe maleness to what is clearly female. After all, in the very same sentence, Rebecca is described as a "betula," the word for a female virgin, and it further says that no man has known her—with no ambiguity about the gender of either party.
Sameth points out that the Tetragrammaton (the unpronounceable name/symbol of God as it appears in the Torah) can be interpreted as including male and female components. In this, he is correct. Unlike English, Hebrew is a gendered language, and most of the words used to describe or address God in Jewish prayer are masculine—not only "Father" and "King" but titles like "Judge" or "Creator" are used in the masculine form. However, God is also known by feminine nouns. One of the most powerful, the term referring to the actual presence of God, is feminine.
This does not mean God is transgender; it means God transcends gender. At one level, attempting to describe God in terms of male and female is as silly as debating whether He has blue eyes or brown. But at a deeper level, God is thoroughly both.
Among the mystical teachings of Judaism is that Adam was created both male and female, because he was created in the image of God, who contains both. The word often translated as "rib" is also the Hebrew word for "side." The creation of Eve, therefore, was not the transmutation of a minor part of Adam into something new, but rather the division of the first human, who like his Creator contained both the male and female essence, into two halves, Adam and Eve.
The public vow that binds bride and groom in a Jewish wedding is built around the verb "sanctify." This is not a word used to describe other relationships, no matter how important. Marriage is sanctified precisely because it represents the emotional, spiritual, and physical re-union of the two halves of the divine. And it is through this union that humans can come very close to the divine: by participating in the act of creation.
Word choice in the Torah is not a typo, Sameth tells us. How much less arbitrary, then, are the bodies into which God places our souls, and the laws clearly spelt out in those same scrolls? Deconstructions of gender abound in 2016, but none has less intellectual or spiritual merit than one derived from frivolous misunderstandings of Judaism.
Rebecca Walberg is a Canadian Jewish writer and researcher currently living in Virginia. This article was first published at Cardus Family and is reproduced here with permission.

Satire is one thing; sneering is another. It is one of the least attractive of human emotions, more so if it involves sniggering at poverty and lack of culture. But apparently it’s not off limits for The New Yorker, America’s premier magazine for its intelligentsia – if it is directed at Donald Trump. Below is a defence of Melania Trump(I never thought I would do that) after she was dragged over the coals in a satirical column.