MercatorNet: Sitting out this hand

MercatorNet: Sitting out this hand

Sitting out this hand

A philosopher argues that it is not possible for him to vote for either candidate for president in the US election. 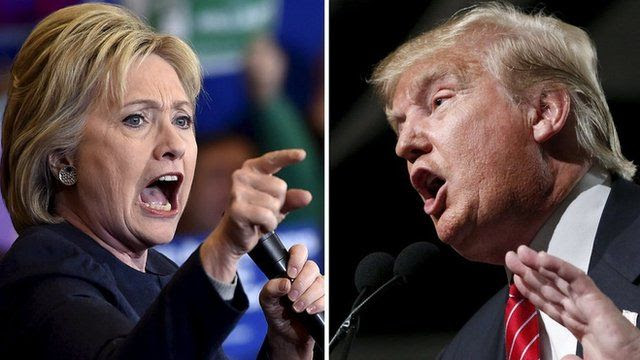 This will be the first presidential election since reaching voting age that I’ve sat out. I will not vote for either major party’s standard-bearer.

The nominee of one party has never believed in anything but self-promotion. He is characterologically incapable of holding any principle, save that one. He is a narcissist; he is a sociopath; and as a consequence of having so little interest in external reality, he is not of sound mind.

Long ago, the other nominee seems to have believed in principles, but they were profoundly wrong ones. Besides, she has promoted herself as a means to her ends for so long that at last her means have displaced her ends; the principles to which she once devoted herself have at last become a mere means to herself. Her ideology persists, but only as a sort of reflex or mental tick. So although she has reached it by a different path, her destination is much like the other nominee’s.

It is hardly necessary to add that neither nominee believes in the Constitution. One of them does not even know how many Articles it contains; he has thrown out the figure twelve. The other probably knows, but does not care. Sic volo, sic jubeo, stat pro ratione voluntas [I will it, I insist on it. Let my will stand rather than reason].

Some honest people, many of them my friends, believe they must vote for the sociopath to keep the criminal from taking office. Others think they must vote for the criminal to keep the sociopath from taking office. Both groups think one must choose between a wild card and a known evil. As they see it, the only question is which is worse.

I sympathize with both groups, but I think they have misconceived the nature of the choice. The analogy with poker is misplaced, for this wild card is wilder than they think. It does not just take different values; it is playing a different game. And the reference to “known” evils is misplaced -- not just because evil cannot be “known” in itself – for it can certainly be known in its effects – but because this sort of evil is the sort that breeds.

Besides, there is a third alternative. One can say “No” to both nominees.

In the second, this time the stakes are greater than policy. We are not playing for this law or that; we are playing for the rule of law itself, in which neither nominee believes.

So I do propose saving as much as one can -- of something else. Whether the republic itself can be saved is uncertain; time will tell. But there will be no republic without conscience, and we can save every farthing of that.

Each must follow the certain judgment of his own conscience, and this is mine. May God have mercy on us all.

J. Budziszewski is a Professor in the Departments of Government and Philosophy, University of Texas at Austin. This article has been republished with permission from his blog, The Underground Thomist.

The trailer for Professor Budziszewski's book, Commentary on Thomas Aquinas's Treatise on Law, is here.

One of my favourite prophets is Alexandr Solzhenitsyn. A bit pessimistic and gloomy at times, but if there was anyone who spoke the truth to power, it was he. In 1978, in exile in the United States, he gave a memorable address at Harvard University which probably infuriated his hosts. Its theme was the corruption of the Western intelligentsia, in particular its legalism:
"I have spent all my life under a Communist regime and I will tell you that a society without any objective legal scale is a terrible one indeed. But a society with no other scale than the legal one is not quite worthy of man either … Whenever the tissue of life is woven of legalistic relations, there is an atmosphere of moral mediocrity, paralyzing man's noblest impulses."
Solzhenitsyn attended that harshest of schools, the Soviet Gulag, where he eventually became a Christian. Seeing the steadfastness of Christians in the camps, he realized the shortcomings of materialism, whether Communist or capitalist.
“To defend oneself, one must also be ready to die,” he said. “There is little such readiness in a society raised in the cult of material well-being. Nothing is left, then, but concessions, attempts to gain time, and betrayal.”
All this is by way of introduction to a two-volume book reviewed below by Francis Phillips, The God of the Gulag, about Christians martyred in Russia and Eastern Europe. God knows how many there were – probably millions. But rather than numbers, what is striking is their steadfastness. Are we made of the same stuff?