MercatorNet: Can we learn from Thucydides’ writings on the Trump of ancient Athens?

MercatorNet: Can we learn from Thucydides’ writings on the Trump of ancient Athens?

Can we learn from Thucydides’ writings on the Trump of ancient Athens?

Cleon, remarkable for the violence of his character, set the pattern for future demagogues. 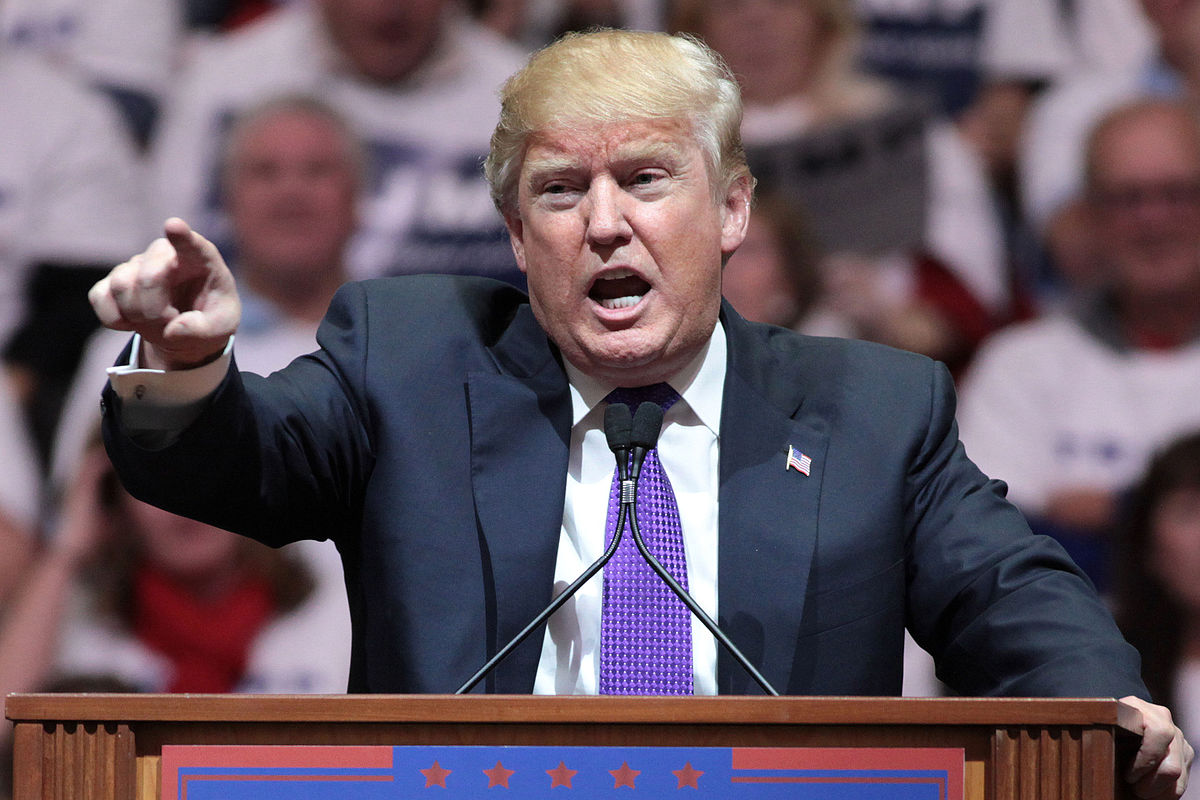 Gage Skidmore - Donald Trump, CC BY-SA 2.0 via Wikimedia
There is much consternation, and quite a bit of alarm, at the recent vote of the British people to leave the EU, and the equally astonishing emergence of Donald Trump as the Republican candidate for the US presidency. Early on in these campaigns there was a tendency to mock Trump as a bit of a laughing stock, and likewise the equally flamboyant Boris Johnson in Britain.
But with the Brexit vote done and dusted, and Trump crowned as candidate, no one is laughing now. Trump has virtually thrown out the rule book for pleasant political discourse, and seems to get away with just about anything. In many quarters the mockery of Trump is fast being replaced by abject fear that he might actually get elected.
It is worth pausing to reflect on a historical parallel for some of this, not the least because Trump is often described as a “demagogue” - a Greek term which we will probably see a lot of in the coming months. The word is innocuous enough in its etymology, simply meaning “a popular leader”, somebody who “leads the demos” (being the adult male citizenry of classical Athens).
Athenian democracy was “direct”, in so far as the decisions were ultimately made by the citizens themselves in the assembly. This is a process that many conservatives found quite alarming at the time - just as many people today are alarmed at the direct power given to the British electorate in the Brexit plebiscite. The term “demagogue” could easily have been used to describePericles (pictured right) – the urbane and respectable voice of Athenian politics in the late 5th century BC. After all, Pericles was brilliantly successful in achieving office and carrying the day in the assembly.
But the historian Thucydides, a great admirer of Pericles, never describes him in this way, preferring to use it pejoratively of his opponent Cleon, a controversial figure with populist leanings.
Cleon was fiercely anti-Periclean, and seems to have been a kind of Donald Trump of ancient Athenian politics. Classical scholars have described him in the following way:

he was an effective, if vulgar, speaker, and seems to have been given to extravagant promises and extravagant accusations against opponents. He was one of the first of a new kind of politician, who were not from the old aristocracy, and whose predominance depended on persuasive speeches in the assembly and lawcourts rather than on regular office-holding.

Cleon came from a wealthy background, albeit not an aristocratic one (his father was a wealthy tanner). He wielded significant power in the assembly at various times, especially after the death of Pericles (in 429BC) – playing a crucial role in determining the fate of Mytilene, a city on the island of Lesbos, which had revolted from Athenian control. Cleon convinced the Athenians to put the men of Mytilene to death - a decision that, upon reflection, was rescinded the next day.
It is in the context of a debate on the issue of how to punish the rebellious Mytilenians that Thucydides provides us with a long speech by Cleon to the Athenians, which ends in the following way:

Pay them back for it, and do not grow soft just at this present moment, forgetting meanwhile the danger that hung over your own heads then. Punish them as they deserve, and make an example of them to your other allies, plainly showing that revolt will be punished by death. Thucydides Chris JL/flickr, CC BY-NC-ND
The speech is actually written by Thucydides - a hostile source - but it gives us a sense of the rhetoric of Cleon, for all its brilliant clarity and violence. Indeed Thucydides' assessment is that Cleon “was remarkable among the Athenians for the violence of his character”. Cleon ultimately died in battle in 422BC, seven years after his political enemy Pericles.
Thucydides’ History argues that bad public policy can do great damage to a city-state in crisis. Pericles had a clear vision of what strategy to adopt in their war against Sparta - to tend to their navy and not be drawn into risking the safety of the city and the empire. But Cleon went in the opposite direction, and is charged by Thucydides with abandoning the public good for private ambition.
Like much of Greek literature, Thucydides' History focuses on the community response to the crisis of war. One reads of the increasing desperation of the city-state as the social and financial basis of the community starts to disintegrate.
The rise of the demagogues like Cleon in late 5th-century Athens might be seen as a culmination of various social, political and economic factors. Some of these elements also have resonances in our own times.
Political power could be achieved by speaking well in the assembly, regardless of one’s background. Indeed, being from a different, non-establishment, background could be a positive virtue.
And there were plenty of people who were prepared to offer instruction on how to handle oneself in the Athenian assembly (especially philosophers called “sophists”, or “wise men”).
One should not really press the Cleon/Trump parallel too much, given the 2,500 years between them and the very different cultural contexts. Nonetheless, at the beginning of his work, Thucydides does make some claims about human nature and the circularity of history that are worth bearing in mind :

It will be enough for me if these words of mine are judged useful by those who want to understand clearly the events which happened in the past and which (human nature being what it is) will, at some time or other and in much the same ways, be repeated in the future. My work is not a piece of writing designed to meet the taste of an immediate public, but was done to last forever (1.22).

There is a slightly ominous tone to these sentiments, given the experience of Athens in the Peloponnesian war. But we will need to wait and see how things play out in our own times before reaching a conclusion.

He was an effective, if vulgar, speaker, and seems to have been given to extravagant promises and extravagant accusations against opponents. He was one of the first of a new kind of politician, who were not from the old aristocracy, and whose predominance depended on persuasive speeches in the assembly and lawcourts rather than on regular office-holding.
That could almost be a description of Donald Trump; substitute the election rally and the television networks for the assembly and the lawcourts and it comes close. In fact, it’s the scholarly consensus about Cleon, one of the original “demagogues”, who lived 2,500 years ago and who, according to the historian Thuycidides, “stood out among the Athenians for the violence of his character.”
Today’s article by Chris Mackie suggests there is some justice in the comparison of Cleon and Trump. The implications in terms of big issues like war are drastic. Of course, one never really knows with Trump what the next violent swing of opinion on the Middle East, or Muslims or any other issue will be. Perhaps Cleon was more predictable.