No end to Aleppo’s brutal stalemate 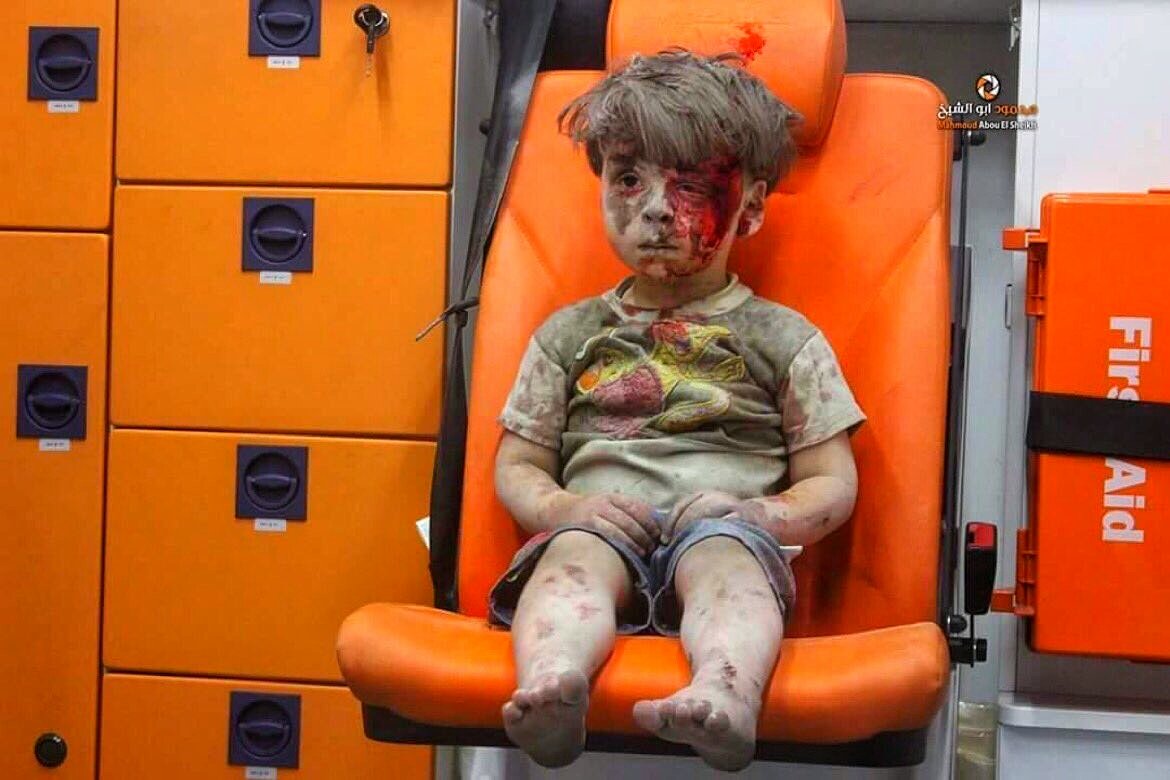 BEIRUT – On August 17, the Aleppo Media Center uploaded a video of a five-year-old child named Omran Daqneesh being pulled from the rubble of a bombed building, bloodied and in shock. Al Arabiya compared it to the world-famous photo of Aylan Kurdi, the child whose drowned body brought worldwide attention to the refugees fleeing Syria and other war-torn countries. Finally, the idea went, this iconic image would bring attention to the human suffering in Aleppo, and spur the world to action.
Over the past four years, Syria’s largest city has been locked in a bitter and bloody stalemate. The American and Russian governments are pursuing high-level talks aimed at ending the Battle for Aleppo, as opposition media have dubbed the current intensification of violence. But since airstrikes have only intensified, many Aleppines expect very little from these negotiations. And if history is any guide, they are right.
“I personally fear that the government will switch from defending their territories that they have lost in the most recent battles to revenge tactics on civilians,” Lina Shamy, an activist from eastern Aleppo, told Syria Deeply “And that’s what has been happening since 2012.”
For outside observers, it’s tempting to see the siege of Aleppo as a Srebrenica moment – an instance of violence so horrific that the international community, especially the United States, will finally be forced to take action. And if moral leadership was the factor that determined military decisions, that might be so. But there are two main reasons why that’s not likely to happen, at least not until next year. One is that the American presidential election is taking place in November. The other is that the Syrian government has abundant experience of sitting out such moments of outrage.
If Syria’s last two leaders – current president Bashar al-Assad, and his late father Hafez – have had one common characteristic, it is they have understood the art of playing for time. This has served both of them well. Assad knows that in the current conflict, time is on his side: U.S. president Barack Obama has done everything he can to keep U.S. troops out of Syria, and he is not likely to make any decisive intervention in the final months of his last term. The American public, for its part, is too preoccupied with the presidential campaign to spare much more than fleeting sympathy for a faraway conflict.
It is in the Syrian government’s interest to prolong the siege of Aleppo as long as possible. With fighting fragmented between different armed factions, the violence can keep going for months. “Nobody’s going to be able to break the head of the other, as we say in Arabic,” said a high-level defector from the Syrian government, speaking on condition of anonymity. “Aleppo’s too big, it’s too complicated. If you look at the map, you see that all these groups control little pieces of territory, and many of them aren’t even next each other.”

Ironic comment from Qatari cartoonist Khalid Albaih
The Battle for Aleppo has already seen one turning point that fizzled out rapidly. On August 6, a coalition of armed groups punched a corridor through the southern Aleppo neighborhood of Ramouseh, breaking the Syrian government’s (and its allied militias’) month-long siege of rebel-held east Aleppo. Opposition supporters posted jubilant footage of rebel fighters embracing, and Aleppines in the east got fresh watermelons, potatoes and even chicken for the first time in almost a month. It seemed as though the siege of eastern Aleppo, a humanitarian disaster that the world had been dreading for nearly two years, had been averted.
But rebel control of the Ramouseh corridor, which was stillvulnerable to government fire, was not enough to bring more than a few shipments into the still-besieged area. As the Russian and Syrian air forces continued pounding rebel-held positions – including civilian targets like hospitals – it soon became clear that the Ramouseh breakthrough was not the turning point it had seemed at first. Worse, because the Ramouseh road was a key government supply line, the rebels had effectively cut off a significant portion of the western, government-held part of the city. Almost overnight, Aleppo had gone from having no siege to having two.
The Syrian government knows that once it wins a significant victory, like recapturing all of Aleppo, many of the opposition’s foreign supporters are likely to give up on it. From then on, it’s just a matter of digging in and waiting. “This kind of slow burn benefits Assad and the regime,” said Jennifer Cafarella, Syria expert at the Institute for the Study of War (ISW). “Aleppo has always been one of the strongholds for opposition since 2012. So losing it would be a major blow to morale. The challenge the U.S. faces is that the way the rebels are going to hang on is to align with more extremist groups.”
The opposition, for its part, might be tempted to sit out the current fighting and hope for a Hillary Clinton victory in November, since the former secretary of state shows signs of being far more interventionist than Obama. But there are three main reasons why the regime may choose to take that risk. Clinton may be interventionist, but she’s also a pragmatist. She would think twice before doing anything to antagonize Russia. She will be more likely to calculate that she needs Russia, and even Assad, in the fight against the so-called Islamic State (ISIS). Clinton is also a staunch ally of Israel; and Israel’s security apparatus would vastly prefer to have a dictatorship on its borders than it would a failed and fragmented state – or even a democracy.
For all these reasons, it’s not likely that Clinton would undertake a decisive military intervention in Syria, at least not early in her term. She is more likely to opt for a stopgap measure like a no-fly zone. And while that would be better than nothing, it doesn’t give Aleppines much hope. “We all know what a no-fly zone means,” said one Aleppo resident, who left the city to work in the humanitarian sector in a neighboring country. “It’s synonymous with prolonging the war.”
Annia Ciezadlo is a Senior Editor at Syria Deeply. She has been living and reporting in the Middle East since 2003, focusing on the politics of food and civilian life during wartime. This article has been republished from Syria Deeply under its terms.

Carolyn Moynihan interviews an expert on obesity, Dr Michelle Maidenberg, in our lead story today. Her analysis of the problem speaks for itself:
The United States is home to the highest number of overweight and obese people in the world. In the U.S., 70.9 percent of men and 61.9 percent of women are overweight or obese, compared to 38 percent of men and 36.9 percent of women worldwide. Childhood and teen obesity has grown to epidemic proportions in the United States.
It contains some very helpful advice for concerned parents.