Watch Out: Your Money Is Being Used to Destroy the World! | Inter Press Service

Watch Out: Your Money Is Being Used to Destroy the World! | Inter Press Service

Watch Out: Your Money Is Being Used to Destroy the World! 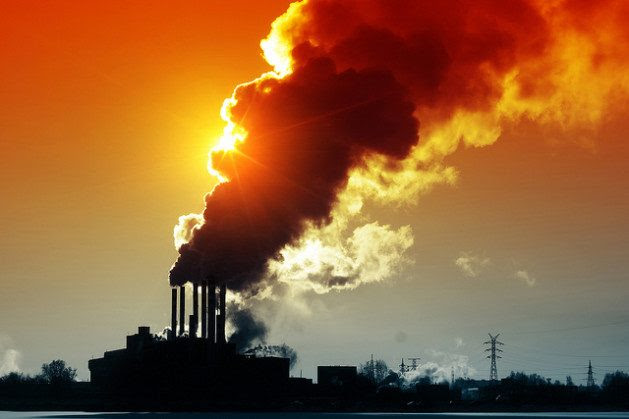 
Its 2 May 2019 Working Paper Global Fossil Fuel Subsidies Remain Large, updates estimates of fossil fuel subsidies, defined as fuel consumption times the gap between existing and efficient prices (i.e., prices warranted by supply costs, environmental costs, and revenue considerations), for 191 countries.
“The largest subsidisers in 2015 were China (1.4 trillion dollars), United States (649 billions), Russia (551 billions), European Union (289 billions), and India (209 billion dollars),” it reports.
And it adds that “about three quarters of global subsidies are due to domestic factors—energy pricing reform thus remains largely in countries own national interest—while coal and petroleum together account for 85 percent of global subsidies.”
For its part, the International Energy Agency (IEA) reports that the value of global fossil-fuel consumption subsidies in 2017 is estimated at more than 300 billion dollars, higher than the estimate for 2016, which was around 270 billions.
The Energy Agency also alerts that “higher oil prices led to a partial rebound in total subsidy value in 2017, but the 12% rise in subsidies was considerably less than the 25% rise in oil price.”
The IEA provides this breakdown:
The UK, Europe’s champion
Meantime, Sam Morgan on 15 January 2019 reported in EURACTIV.com that “the United Kingdom spends the most in the EU on subsidising fossil fuels, according to a new report by the European Commission, which also found that EU-wide payments have failed to decrease despite the bloc’s commitment to the Paris Agreement on climate change.”
“In 2016, the UK pumped more than 12 billion euro into fossil fuel support, closely followed by Germany, France, Italy and Spain. However, those countries actually then spent more on renewable energies like wind and solar than on coal, gas and oil.”
All in all, “fossil fuels enjoyed an estimated 55 billion euro in public funding across the EU, with the energy sector the biggest recipient, followed by the residential sector, industry and transport.” 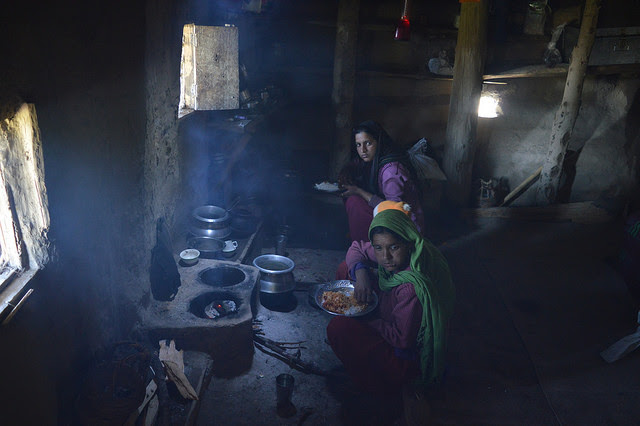 Women and children are the primary victims of indoor air pollution in poor, rural areas of India. Credit: Athar Parvaiz/IPS
The air we breath
In addition to diverting such huge amounts of taxpayers’ money to sustain major causes of greenhouse gas emissions –at the very cost of devoting them to public health, education and vital social services– there is the dramatic fact that air pollution levels remain dangerously high in many parts of the world.
New data from the World Health Organization (WHO) shows that 9 out of 10 people breathe air containing high levels of pollutants.
Updated estimations reveal an alarming death toll of 7 million people every year caused by ambient (outdoor) and household air pollution, the world top specialised body reported ahead of the 5 June World Environment Day.
“Air pollution threatens us all, but the poorest and most marginalised people bear the brunt of the burden,” says Dr Tedros Adhanom Ghebreyesus, Director-General of WHO.
“It is unacceptable that over 3 billion people – most of them women and children – are still breathing deadly smoke every day from using polluting stoves and fuels in their homes. If we don’t take urgent action on air pollution, we will never come close to achieving sustainable development.”
Key findings
On this, the World Health Organization provides the following data:
Add to all the above that UN Environment reports that 92 per cent of people worldwide do not breathe clean air, that air pollution costs the global economy 5 trillion dollars every year in welfare costs, and that ground-level ozone pollution is expected to reduce staple crop yields by 26 per cent by 2030.
Death
WHO also estimates that: Now, where does air pollution come from?
Regarding the major causes of air pollution, the United Nations reports that
This scary information does not mean that taxpayers should stop contributing—everybody should continue doing it, sure.
But what about voting for those politicians who can hopefully show real, honest commitment to put an end to this mad practice of using public money to fund death?
Baher Kamal is Director and Editor of Human Wrongs Watch, where this article was originally published.