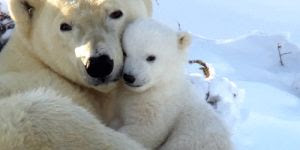 This is HUGE -- Europe’s leaders are about to decide whether to END carbon pollution completely! But dirty energy blockers like Poland are trying to derail the plan, and it’s up to us to show EU leaders like French President Macron and German Chancellor Merkel there’s massive public support for 100% clean energy to tackle the climate crisis. Write an urgent message now!

This is HUGE -- Europe’s leaders are about to decide whether to END carbon pollution completely!

If they do it, it’ll be a giant leap towards a safe climate for all. But dirty energy blockers, like Poland, are already trying to derail the plan -- and it’s up to us to defend it.

We urgently need a massive show of public support from the whole world for the plan. Key leaders like French President Macron and German Chancellor Merkel are deciding right now whether to get on board -- let’s flood them and other leaders with messages from around the world calling on them to back 100% clean energy to tackle the climate emergency!

Can you imagine how big a deal it would be if an entire continent announced a plan to abandon the filthy fossil fuels that are choking our skies with carbon? It could really happen -- and soon!

Under the Paris climate deal we fought so hard for, countries are required to develop new plans to meet a goal to end carbon pollution by the middle of the century. The EU’s will be one of the first plans to be published -- and experts say it will set the tone for other plans all over the world.

Nearly 4 million of us have added our names to the call for 100% clean energy and zero carbon pollution! And we just went all out to face down the far-right in Europe so we’d have opportunities like this one. Now we need to take it! Send a message now, and let’s show Europe they have massive backing to face down the polluters, and bring an end to dirty climate pollution!

Tell Europe: End Carbon Pollution!
Years ago, when our movement started campaigning for 100% clean energy, they said it was impossible. But we didn’t give up, and now we could be on the cusp of a huge victory in the fight for humanity’s future. Now it’s up to us to make it happen -- and end the era of fossil fuels for good.

Bert, Iain, Rosa, Diego, Risalat, and the rest of the Avaaz team

What genuine, no-bullshit ambition on climate change would look like (VOX)
https://www.vox.com/energy-and-environment/2018/5/7/17306008/climate-change-global-warming-scenarios-ambition