OGP-APRM Collaboration A Positive Step for Good Governance in Africa 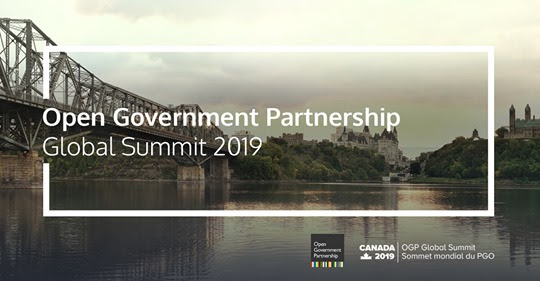 APRM’s robust mandate now encompasses not only support for African countries in the voluntary self-assessments of their governance and socio-economic processes but also monitors implementation of specific country commitments while tracking key Continental governance initiatives.


As such, the APRM is a mechanism for identifying governance deficiencies and assessing constraints to political stability, economic growth and sustainable development of a country. With a membership of 38 African countries and the ambition of universal participation by all the 54 states by 2020, APRM is a significant vehicle that the continent cannot ignore.
On the other hand, Africa has been a critical cog of the OGP since its inception in 2011, as reflected by the fact that 17% of the current membership of OGP is from Africa. Similarly, 3 of the 20 sub-national members of OGP (including Kenya’s Elgeyo Marakwet) are from Africa.
Rather than present mandate compliance of its membership with prescribed targets as does APRM, OGP mandates that participating countries curate National Action Plans (NAPs) detailing commitments towards good governance based on a participatory process that involves state and non-state actors.  The Independent Review Mechanism then reviews these co-created, context-specific and autonomous commitments.
As a country involved in both OGP and APRM, Kenya can state without equivocation that both initiatives are not placebo treatment to governance challenges that continue to imperil the continent.
Instead, they represent a serious attempt at tackling the impediments to sustainable development by mobilising important constituencies to the aid of governance.
In 2006, when Kenya went through the first APRM review, the outcome document revealed the clear need for a review of our constitution to create mechanisms for managing diversity and addressing land-related grievances.
These issues were to hurt the country a year later during the contested 2007 elections. On the ashes of this unfortunate development, Kenya proceeded to craft a reasonably progressive constitution that has served the country better over the last ten years.
Similarly, Kenya, now on its 3rd National Action Plan, has leveraged on its OGP membership to advance participatory budgeting, strengthen transparency in procurements through beneficial ownership and open contracting regimes and facilitate the enactment of laws on climate change and freedom of information.
Moreover, Kenya has become a vital laboratory by which the APRM may address one of its perceived weaknesses: disconnect with citizens of African member countries. Under Kenya’s 3rd NAP 2018-2020, APRM Kenya Office is working on modifying indicators used in country assessments for application at county levels.
Enabling counties to engage in a peer review process that will provide an opportunity for county reports on the state of their governance processes to be produced and submitted to the Council of Governors by the peer review with the ed county.
The APRM mashinani is bound to ensure that citizens at the grassroots level understand the relevance of this critical continental initiative, leading, hopefully to greater ownership. By cascading APRM to counties, the precise aim is also to enable counties to meet their constitutional obligation
Likewise, OGP stands to gain from its collaboration with APRM since a critical challenge it faces is inadequate linkage with AU institutions. This challenge has contributed to perceptions that the West conceived it with little African involvement.
It further impedes OGP from high-level political engagement with the AU, especially at the Heads of State Summit level. As the APRM is now even more firmly grounded in the African governance architecture than at its inception, and given it is well poised to bring most members of the AU block under its ambit; through APRM, OGP will find apposite structures to socialise African states regarding the potential presented by OGP in furthering good governance on the continent.
Kenya OGP community will undoubtedly lend its support to the effective activation of the OGP-APRM collaboration