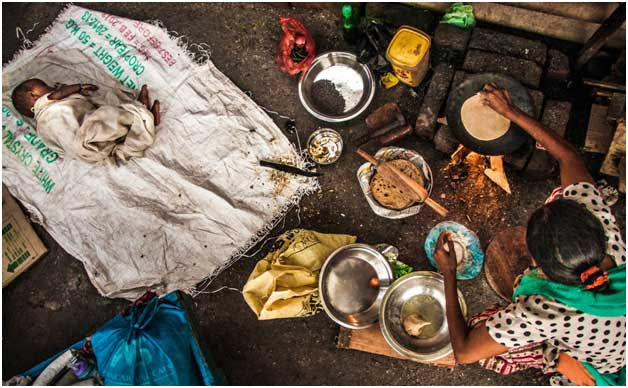 UNITED NATIONS, Jun 14 2019 (IPS) - UN Deputy Secretary-General Amina Mohammed told a Chatham House meeting in London last week that the UN’s Millennium Development Goals (MDGs), one of the legacies of the late Secretary-General Kofi Annan, “spawned tremendous progress” in the battle against poverty worldwide.
She pointed out that the number of people living on less than $1.25 a day was reduced from 1.9 billion in 1990 to 836 million in 2015 — “the largest decline of its kind in human history”.
Yet, she warned, much remains to be done to ensure a life of dignity for all. The new rallying point, she pointed out, is the UN’s 2030 Agenda for Sustainable Development, including 17 Sustainable Development Goals (SDGs).
Still, a new report released last month by the Bangkok-based Economic and Social Commission for Asia and the Pacific (ESCAP) warns that the SDGs – the successor to MDGs—have been falling behind in a region which is home to the world’s two most populous nations: China and India.
While there has been limited progress, “Asia and the Pacific will not achieve any of the 17 SDGs on its current trajectory”, the report declares. The targeted date to achieve the SDGs is 2030.
The study says “progress has stagnated or has been heading in the wrong direction in more than half the SDGs.”
The situation is deteriorating when it comes to providing clean water and sanitation (SDG6), ensuring decent work and economic growth (SDG8) and supporting responsible consumption and production (SDG12).
The region has made progress towards ending poverty (SDG1) and ensuring all have access to quality education and lifelong learning (SDG4). Measures are also underway to achieve affordable and clean energy (SDG7), according to the report.
“Yet even where good progress has been made, it is too slow for these goals to be met by 2030”.
Launching the report – titled Asia and the Pacific SDG Progress Report 2019 during the 75th Commission session of ESCAP in Bangkok May 28– UN Under-Secretary-General and Executive Secretary of ESCAP Armida Alisjahbana called for urgent action to reverse these negative trends.
“I hope this report will contribute to targeting our efforts to accelerate progress towards all Goals and to strengthen the region’s commitment to improving the quality of data and statistics essential to measuring progress,” she said. 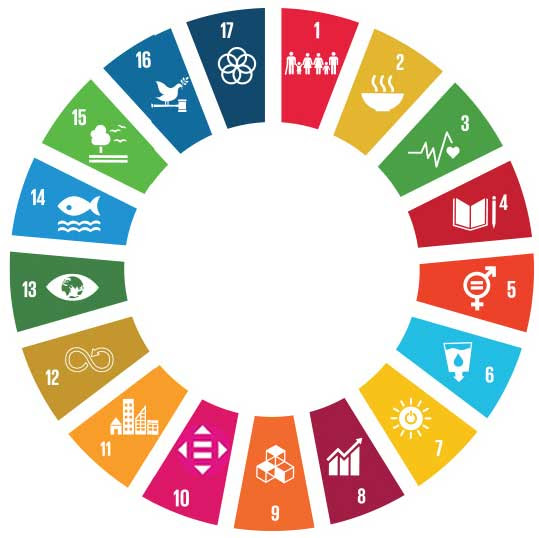 Responding to the report, Stuart Kempster, WaterAid’s Policy Analyst for Monitoring and Accountability, told IPS: “It is shocking that, on its current trajectory, Asia and the Pacific will not achieve any of the 17 SDGs by 2030”.
Referring to SDG 6 which was singled out in the report, he said: “We are especially alarmed that some nations will be years off track in meeting the human right to water and sanitation, the basic building blocks of any stable and prosperous community”, he added.
Kempster said at current rates of progress, everyone in low- and middle-income countries won’t have safely managed water until 2064, or sanitation until 2107.
“We have only 11 years left to keep the promise made to those living without clean water or a decent toilet. Governments must prioritise clean water, decent sanitation and good hygiene, ensuring proper financing is put in place to build a more sustainable world today and for future generations,” he noted.
Arman Bidarbakhtnia, Head, Statistical Data Management Unit (SDMU)
Statistics Division at ESCAP, told IPS the report only assesses regional and sub-regional progress and does not aim to do a country level assessment.
Even though there are many references to country cases at indicator level, he explained, the conclusions on the goals should not be generalized to countries.
The analysis is based on unweighted aggregations at regional and sub-regional level. So, results are not representative of China and India as the biggest countries, he said.
Also, small islands developing states (SIDS) are as important as China and India in this analysis.
He pointed out that “the region” does not mean an entire region or majority of the population but signifies a “typical country in the region” or “half or more countries of the region” (median values).
He said the report is only focusing on the progress and does not aim for a “cause-effect” analysis.
Meanwhile the report also shows major differences in progress between the subregions of Asia and the Pacific which have recorded different successes and face different challenges.
Each subregion needs to reverse existing trends for at least three Goals. For example, East and North-East Asia is regressing in sustainable cities and communities (SDG11), climate action (SDG13) and life on land (SDG15). South-East Asia has moved backwards on SDG8, SDG13 and peace, justice and strong institutions (SDG16).
Additionally, says the report, South and South-West Asia is moving in the wrong direction on SDG6, SDG12 and SDG13.
Since 2000, there has been a decline on gender equality (SDG5), SDG8 and SDG11 in North and Central Asia. The Pacific subregion has regressed on zero hunger (SDG2), SDG8, life below water (SDG14) and SDG16, according to the report.
“The lack of reliable data across all Goals and in all subregions is one of the Asia and the Pacific’s biggest challenges”.
Despite a significant increase in the availability of SDG indicators since 2017, data gaps remain for two thirds of the global SDG indicators. Nearly one-quarter of all SDG targets lacking evidence relate to the environment, according to the report.
Asked whether lack of political will or a shortfall in development aid were reasons for the setbacks, Bidarbakhtnia told IPS these cannot be deduced purely from results of this report.
But it definitely differs by country, including lack of political will, financial resource, development aid, prioritization, development models etc.
However, he said, “you can refer to one ESCAP publication that the cost of closing these gaps is affordable for governments, and it is definitely not all due to lack of financial resources”. https://www.unescap.org/publications/economic-and-social-survey-asia-and-pacific-2019-ambitions-beyond-growth
Asked how valid the conclusions are when the report singles out the “lack of reliable data across all goals,” he said the conclusion is based on a rigorous data availability analysis that is presented in part III of the report. The same part also provides some hint for closing the gap and overcome challenges.
He said administrative sources are a major primary source for SDG indicators at national level. Given their advantages over surveys (lower cost, more frequency, etc) investing in production and use of administrative data is one long-term strategy to close data gaps.
Also exploring use of other alternative sources of data such as satellite imagery, GIS, mobile data and open online sources.
Asked about the region’s rate of success in alleviating or eradicating poverty by 2030, and whether it includes two of the most populous countries in the region, Bidarbakhtnia said “the current rate for eradicating poverty is not enough to achieve the 2030 targets.”
“We have to keep in mind that under goal 1 we are not only talking about income poverty. The region (including China and India) is on track to eradicate “income poverty” if they can maintain the same pace of progress.
However, SDG1 goes beyond only income poverty, region is lagging behind because other dimensions, especially, government spending on basic services (education and health) and resilience against natural disasters.
The report does not present data on China and India but “our data shows that both are doing better than the region on Goal 1 and are on track if they maintain the progress”.
But they also (same as the region) need to accelerate spending on basic services. And there are several other dimensions such as social protection and multidimensional poverty that there is no data to measure, he added.
The writer can be contacted at thalifdeen@ips.org