Print | Send by email
ROME, Apr 11 2018 (IPS) - The United Nations, which is battling some of the world’s worst humanitarian crises in Asia, the Middle East and Africa, still remains focused on one of its equally daunting undertakings: how to achieve Zero Hunger by 2030. 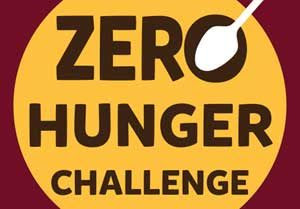 UN’s zero hunger challenge.
But the latest figures released in a joint study by the European Union (EU), the Food and Agriculture Organization (FAO) and the World Food Programme (WFP) highlight the gravity of the situation just last year alone when some 124 million people in 51 countries faced acute food insecurity — 11 million more than in 2016 (even while the number of people living on the edge of starvation and hunger remains at 815 million worldwide).