The ‘Muslim-first’ Doctrine | The Indian Express

The ‘Muslim-first’ Doctrine | The Indian Express The Ahmadi community is under siege and is trying to flee from Pakistan before being subjected to collective violence. (Representational Image)
Justice Shaukat Siddiqui of Islamabad High Court, in his March 9 ruling, wants all citizens to identify themselves by their faith. He wants “applicants for public offices to declare their beliefs before being considered for employment”. He targeted the officially apostatised Ahmadi community, saying it was “alarming that one of the minorities was often mistaken for being Muslims because their names and general attire were like those of Muslims”.
Already, in the middle-class-dominated markets of Lahore, many shops say “Ahmadis not allowed”. The community is under siege and is trying to flee the country before being subjected to collective violence. The judge is a fundamentalist Muslim dreaming of winning paradise by making Pakistan a “Muslim first” state. Malaysia-based Islamic scholar Javed Ghamidi — who thinks Pakistan is a nation-state and not a khilafat and is therefore committed to treating all its citizens equally — can no longer live in Pakistan after being attacked in Lahore.
Justice Siddiqui got inducted into the judiciary because, as president of the Rawalpindi Bar, he had supported the Chief Justice of the Supreme Court of Pakistan, Iftikhar Chaudhry, in his campaign against General Musharraf, then ruling Pakistan. Siddiqui’s hardline faith had persuaded him to contest the National Assembly election on the ticket of the clerical alliance, MMA, known informally as the military-mullah alliance, on the quota of Jamaat-e-Islami. After his defeat he got lucky with the Chaudhry Court going berserk with suo motu cases trespassing on the executive domain.
Siddiqui was appointed additional judge of the Islamabad High Court in 2011. It is rumoured that the prime minister’s adviser-speechwriter, Irfan Siddiqui, had probably obliged a kinsman. Soon Siddiqui became a permanent judge of the IHC and one of two judges who heard the case of Governor Salmaan Taseer’s murder at the hands of a Muslim fanatic policeman, who shot the governor for “blasphemy”. Significantly, Judge Siddiqui removed the charge of terrorism from the perpetrator.
Somewhat like India under the BJP, Pakistan has gone astray but on the basis of its religious constitution. While India may get back to normal under its Constitution at some future time, Pakistan’s free fall may continue under judges like Siddiqui. Semi-literate politicians — not meant as an insult because the state of being semi-literate is quite normal — at times violate the constitution of Pakistan. Ex-Interior Minister Chaudhry Nisar Ali Khan once stood up in the National Assembly to declare that he was a Muslim before he was a Pakistani while all the non-Muslims of Pakistan swore that they were Pakistanis first.
Some years ago, “renowned” Islamic orator, Zakir Naik, was on TV in the UK talking to British Pakistanis about their identity. (His entry into the UK was thereafter banned.) He said why get embarrassed when the Brits ask you, are you a Muslim first or British first? His solution to the dilemma concealed in this question was: Ask a counter-question, “Are you a human being first or a Briton first?” He missed the point of “equality before law” hidden in the Brit-first designation. Opting out has not served the UK Muslims well.
But Justice Siddiqui is bound to win. He will win even against the Supreme Court currently indicting him for corruption despite his piety. He has latched on to the “contradictions” of a gradually Islamising constitution and declared first that “the Constitution grants complete religious freedom, including all the basic rights of the non-Muslims” and that the state is bound to “protect their life, wealth, property, dignity and protect their assets as citizens of Pakistan”. After that he drops the bombshell: “Article 5 of the Constitution demands that citizens remain faithful to the state and abide by the rules of law and Constitution”. This he has taken to mean that all citizens declare their faith.
It is now mandatory to declare “true faith”; failure to do so could make one guilty of “betraying the State” and “exploiting the Constitution”. Also, citizens’ faith should be mentioned on birth certificates, ID cards, voters’ lists and passports. And please take a fresh oath of religion when joining the civil service, armed forces or the judiciary. To top it all, all teachers of Islamiat and religious studies should be Muslims.
The writer is consulting editor, Newsweek Pakistan
For all the latest Opinion News, download Indian Express App
More From Khaled Ahmed 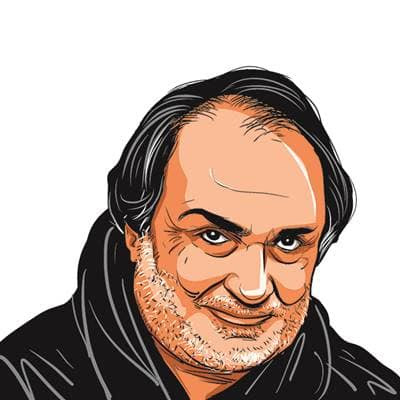