The discovery of Ambedkar | The Indian Express

The discovery of Ambedkar | The Indian Express

The discovery of Ambedkar

On the 127th birth anniversary of B R Ambedkar, with every political party rushing to celebrate him, The Sunday Express looks at how and why Ambedkar, one of the most contested pre-Independence figures, has today, six decades after his death, come to be the most embraced. 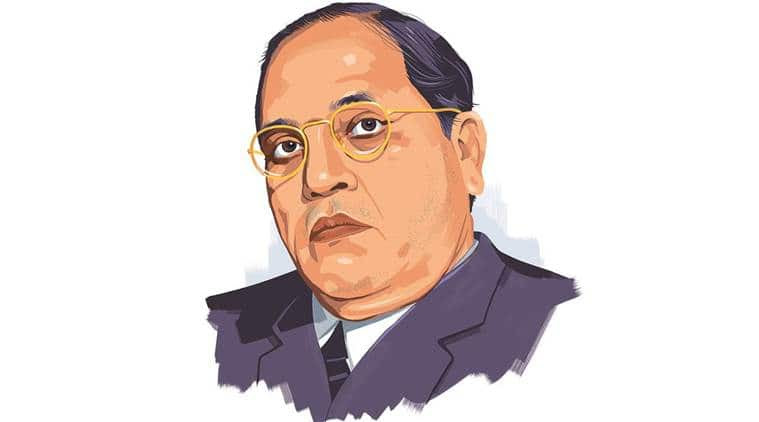 Ambedkar was at odds with the Communists. (Illustration: C R Sasikumar)
December 6, 1956. Dr B R Ambedkar was no more. In his brief condolence message in the Rajya Sabha, India’s first prime minister Jawaharlal Nehru said, “Dr Ambedkar for many, many years had been a very controversial figure in Indian public affairs, but there can be no doubt about his outstanding quality, his scholarship, and the intensity with which he pursued his convictions, sometimes rather with greater intensity than perhaps required by the particular subject, which sometimes reacted in a contrary way.”
In his over 30 years of active public life, Ambedkar contested the ideas and actions of almost every major political stream of those times — the nationalists (Congress), cultural nationalists (Hindu Mahasabha, Jan Sangh), Communists and Socialists. In return, Ambedkar remained a contested figure, in life and in death.
Yet, in the five to six decades since his death, Ambedkar has risen again, this time as a figure that none dare contest, at least not publicly. In fact, there is a clamour among the descendants of the same four political streams to firmly embrace him this year on his 127th birth anniversary. This political discovery of Ambedkar has passed through different phases since he first broke into the national firmament in the early 1920s with his strident campaign to end untouchability.
The annihilator
As the organisation that led the movement for Independence, the Congress’s ideological clashes with Ambedkar were the most talked about and chronicled. While he went on to challenge the Congress’s — and Mahatma Gandhi’s — claim to represent the untouchables, the most prominent of their disagreements was over separate electorates for Dalits. After the Second Round Table Conference in London in 1931, the British had accepted Ambedkar’s demand for a separate electorate for Dalits despite fierce objections from Gandhi, who represented the Congress. According to the Communal Award, a proposal on minority representation, 71 seats were meant for ‘untouchables’ for which only they could vote. Gandhi’s resorted to a fast-unto-death against this, forcing Ambedkar to relent in an agreement in 1932 that came to be known as the Poona Pact.
“Intellectually, Ambedkar defeated Gandhi. Politically, Gandhi defeated Ambedkar, forcing him to sign the Poona Pact, which is haunting Dalits even today,” says Narendra Jadhav, academic and Rajya Sabha member, recounting Ambedkar’s run-ins with the Congress.
That Ambedkar did not go to jail like the Congress leaders in the pre-Independence era was also something that the Congress held against him. While Ambedkar conceded to Gandhi on the issue of a separate electorate for Dalits, he alarmed Hindu cultural nationalists by his declaration at the Depressed Classes Conference in Bombay on October 13, 1935, that while he was born a Hindu, he would “not die in the Hindu religion”.
Again, in 1936, he repeated his advocacy for change of religion at a conference of Mahars (a Dalit community to which he belonged), rattling the Hindu orthodoxy. While Gandhi called Ambedkar’s threat of renunciation of Hinduism a “bombshell in the midst of Hindu society”, it forced many others to sit up, among them the Hindu Mahasabha.
Keith Meadowcroft of the St Thomas University in Canada, in his 2006 paper The All-India Hindu Mahasabha, untouchable politics, and ‘denationalising’ conversions: the Moonje–Ambedkar Pact, captures the commotion Ambedkar’s renunciation of Hinduism caused among Hindu nationalists.
The paper reveals how N D Savarkar, younger brother of former Mahasabha president V D Savarkar, arranged a meeting between Ambedkar and “well-known Hindu religious preacher” Masurkar Maharaj. The Mahasabha’s 17th session, held in Poona a couple of months after Ambedkar’s threat in 1935, sought to strategise to checkmate the conversion threat. Such was the antagonism against Ambedkar and his ideas that in early 1936, the Jat Pat Todak Mandal, a Lahore-based organisation associated with the Arya Samaj and the Hindu Mahasabha, rescinded Ambedkar’s ‘Annihilation of Caste’ lecture in early 1936 because of objections from senior Punjab Hindu Mahasabhites, including Bhai Parmanand. Ambedkar went on to get his speech printed as a book, which to this day is regarded as a treatise on caste and its hold on Hindu society.
Mahasabha leaders, however, had to swallow their antagonism and in June 1936, deputed B S Moonje, a former president of the organisation, for negotiations with Ambedkar to settle the crisis. This deep suspicion of Ambedkar continued after Independence, when, as Law Minister, he pushed for reforms in Hindu personal laws through the Hindu Code Bill.
With Shyama Prasad Mookerjee, founder of the Jana Sangh (precursor to the BJP) and the RSS seeing the Bill as a “threat to Hindu culture”, a series of articles and editorials in the RSS’s Organiser launched a tirade against Ambedkar’s move.“We oppose the Hindu Code Bill. We oppose it because it is a derogatory measure based on alien and immoral principles. It is not a Hindu Code Bill. It is anything but Hindu. We condemn it because it is a cruel and ignorant libel on Hindu laws, Hindu culture and Hindu Dharms,” said an editorial in Organiser in 1949. RSS chief M S Golwalkar, too, castigated the move as an “affront to Hindu sanskar”.
In 1951, when Parliament stalled his draft of the Hindu Code Bill under pressure from the Hindu nationalists, Ambedkar resigned from the Cabinet.
Ambedkar, likewise, was at odds with the Communists. Objecting to their unwillingness to heed to caste as a lived reality among the working class, Ambedkar did not lend his support to the textile workers’ strike led by Left unions in 1928-29. Additionally, Ambedkar remained wary of Marxism and was critical of its anti-democracy rhetoric and its alleged endorsement of violent methods to bring about revolution. Even after Independence, Ambedkar dissuaded Dalits from leaning on to Communists.
“Before I die, I must establish a definite political direction for my people. They have remained poor, oppressed and because of that, now, a new consciousness and new anger are growing among them. That is natural. But, it is also natural that this type of community becomes attracted to Communism. I do not want my people to fall under the sway of Communists,” Ambedkar wrote while conceiving the Republican Party of India, which only came into being after his death.
As for the Socialists, there is very little to suggest that they joined ranks with Ambedkar. Post-Independence, he did correspond with Socialists such as Ram Manohar Lohia and a few others, but he died soon after, leaving the Ambedkar-Socialist alignment far from fruition. He once contested a byelection from the reserved seat of Bhandara (Maharashtra) on the same ticket as socialist Asoka Mehta in 1954. But that was the closest they would come. With RPI confining itself to Maharashtra, the Socialists, who started championing the cause of women, backwards and minorities, slowly become the voice for the peasant-proprietor castes across the country.