The Community Fallacy | The Indian Express

The Community Fallacy | The Indian Express

Even before Cambridge Analytica, there were lessons from Facebook’s functioning Technology works on a sliding scale; users are willing to accept some invasion of privacy in exchange for convenience.
The monumental success stories of Silicon Valley have so deeply influenced the way we think about growth roadmaps for young digital businesses globally that it’s been difficult to see the cracks in the foundations they’ve laid. As the founder of a niche digital content platform, I routinely encounter one of Facebook’s dubious legacies — that building a digital “community” is central to a business plan. The thinking goes: If you can create a sense of belonging, defined and measured by members and their engagement (in the form of likes, comments, shares), you create a brand with an emotional connection to its users. Once users are emotionally invested, it becomes easier to sell things to them, or convince them to divulge valuable information.
The problems inherent in this strategy are now becoming apparent, and young digital businesses can learn valuable lessons from Facebook’s community fallacy. A new generation of Indian digital businesses that respects the power and autonomy of their communities may find their users reward transparency.
There’s a Catch-22 in the current quest for monetiseable community. The moment a network reaches a scale at which the sale of products to its members — or information about them — can be enormously profitable, it no longer retains the intimacy, exclusivity, and personalisation that made it an attractive place to make human connections in the first place. Paradoxically, troves of data are more valuable the more detailed, specific and intimate they are. This places digital platforms in a race to obtain data in a way that’s necessarily at odds with the best interests of the users.A contrived community — one without “heart” and perpetuated for the wrong reasons — defeats the whole purpose. Communities persist if people trust them. In the US, Facebook is now facing the reckoning that comes when your user base discovers your stated purpose of community was actually a front for highly profitable surveillance. If the current milieu in the US and Europe is anything to go by, it’s only a matter of time before Indian users recognise the strategy: Do your best to cultivate integrity, connection, and emotion with users so you can find the most opportune time to exploit that connection.
Of course, technology works on a sliding scale; users are willing to accept some invasion of privacy in exchange for convenience; that’s how we build better platforms that serve the shared interests of making users happy, driving innovation, and making money. In America, Facebook’s growth has levelled off, and the platform’s cultural significance has declined. As the level of emotional connectivity they get from Facebook has diluted, users are deciding the privacy they sacrifice is not matched by a counterbalancing benefit. But India is a growing market for Facebook, perhaps because individual users have not started that cost-benefit analysis.
Facebook would have faced a reckoning eventually because it lacked the courage to be honest with itself, and its users, about what it had become. At that scale, a business built on the premise of community can no longer exist for that purpose, and its identity must shift. The question is how a business adapts, what core principles drive this evolution, and how this change is communicated to loyal users. Perhaps if Facebook had prioritised its users’ needs — rather than its advertisers and data customers — the backlash in the US wouldn’t be so strong. People can forgive a business’s need to make money, and they can adapt to new frameworks, but they won’t forgive perceived deception.It’s time we found new ways of thinking about building helpful connections for users, and explored creative models for monetising businesses with digital impact. The emotion that drives us to seek community is too powerful to be owned or controlled. It gives a collective voice to the disenfranchised, it propels change, it binds us in intangible ways. Across the developing world, the need for and benefits of organising a digital community around a shared goal or purpose is particularly significant. But it would behove digital businesses to stop focusing on harnessing this power for gain, and focus on cultivating and enabling community instead. The heart of what defines a community is not for sale. If we can really internalise that lesson, everyone wins.
The writer is founder and editor of TheSwaddle.com
For all the latest Opinion News, download Indian Express App
More From Karla Bookman 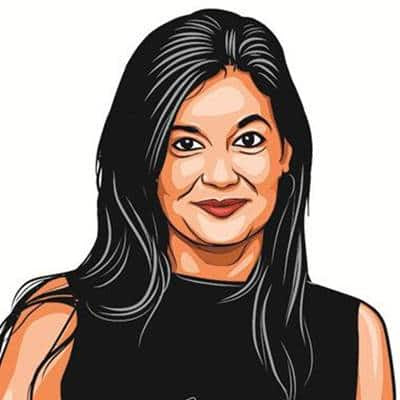