Remedy for impeaching CJI can’t be worse than disease

The same Congress party, while in power and despite extreme provocation, refused to sack General V K Singh as Chief of Army Staff. General Singh had no constitutional protection, but as the head of an institution, the respect he commanded was institutional. The opposition met with Rajya Sabha member and handed a nmotice to move impeachment motion against CJI Dipak Misra. ( Express photo by Prem Nath Pandey)
In 1991, when I joined the Supreme Court, the great crisis than was the proposed impeachment of Justice V Ramaswami. The lawyer handling his case in Delhi was Ranjit Kumar (lately Solicitor General of India), while J S Kehar (lately Chief Justice of India) handled the case in Chandigarh. His counsel before the Supreme Court and before the Lok Sabha, was Kapil Sibal. The impeachment process raised the stature of the lawyers concerned but the judge concerned did not regain his lost lustre.
In May 1993, I watched from the galleries of the Lok Sabha as the motion to impeach Justice V. Ramaswami failed, when the Congress abstained from the final vote. The then prime minister P V Narasimha Rao stayed mum on the abstention, which had been procured by a near revolt of South Indian MPs of that time. The MPs felt that a South Indian Judge was being impeached for minor misdemeanours, that were overlooked in the cases of others. What stayed in my mind, as a young lawyer, was how easily the politics of the situation had triumphed in Parliament, over the many fine points of law and fact that would have won in a courtroom.
I thought that an impeachment was a once in a lifetime event, a story to be recounted to my grandchildren. I was wrong. The proposed impeachment of Justice P D Dinakaran of Madras, and the passing by the Rajya Sabha of the motion to impeach Justice Soumitra Sen of Calcutta both occurred in 2011. Seven years later I now see a requisition for the impeachment of Dipak Misra, Chief Justice of India. I did not think I would see such a day.
An impeachment rarely succeeds in removing a man from office, because often a person facing it resigns before the actual motion being passed, as happened with US President Richard Nixon. But the mere bringing of an impeachment motion is enough to permanently mark the man’s historical legacy. We still remember Bill Clinton more for the impeachment arising out of the Lewinsky affair and less for his eight years of sagacious leadership of the American economy.
At the heart of the impeachment process is realpolitik — politics based on practical objectives rather than on ideals. No matter the professed denials, the proposed impeachment of the Chief Justice has turned into an Opposition versus Government fight. Coming so soon after the verdict in the Judge Loya case and after the commencement of the hearings in the Ram Janmabhhomi/Babri Masjid title suit, it is difficult to believe that the impeachment requisition is untainted by political motive. However, it can be equally argued that no Chief Justice has ever had four of his seniormost colleagues publicly warn against a threat to judicial independence from within.
Whatever be the merit of the five charges, raised in the letter of requisition (or the lack thereof), the process now requires the Treasury benches to play defence to the attack and offence given by the requisitioning parties in Opposition. Throughout all this, the judiciary must protect its only asset, the public perception of its neutrality and independence. It is time, therefore, to think institutionally, rather than in personal terms.
In the first instance, there must be no attempt to abort the process by administrative sleights of hand. Reports that the presiding officer will refuse to act on the requisition or will derail it in some manner, must be firmly put to rest. We cannot have any individual judge, much less the Chief Justice of India, is seen as beholden to any manoeuvre on the part of a Parliamentary functionary. We cannot also have a scenario where any inquiry under the Judges (Inquiry) Act, 1968, is scuttled by the judicial manoeuvre of some kind. Sunlight is the best disinfectant and any attempt to sweep dirt under the carpet is always an invitation to future disaster.
But while the institutional response from Parliament and the judiciary must be clear and unambiguous, as a student of politics, I do believe that there is scope for rethink on the political side. In the late 1960s, an unsuccessful litigant Allen OP Gupta tried to impeach Justice (later Chief Justice) J C Shah, who had ruled against him in a service case. Nearly 200 parliamentarians led by the Socialists, signed on Gupta’s requisition against Justice Shah. When the actual facts began to come out, the MPs withdrew their signatures and the matter did not proceed further. I would urge today’s members of parliament to do a similar re-think. Impeachment proceedings need to be deliberately threatened and contemplated. They should not be instituted on individual pique.
Irrespective of party loyalties, there has to be a greater loyalty to the country and its institutions. The Constitution makers deliberately provided judges of constitutional courts with protection against arbitrary removal. They possibly did not contemplate a situation where the prospect of removal constituted a punishment in itself.
The same Congress party, while in power and despite extreme provocation, refused to sack General V K Singh as Chief of Army Staff. General Singh had no constitutional protection, but as the head of an institution, the respect he commanded was institutional and not personal. The same thoughtful consideration does not appear to have been given, while in opposition. The exception, however, is some senior members of the Congress in Parliament who have deliberately refused, to be signatories to the requisition.
The remedy for impeaching a Chief Justice, cannot be worse than the disease of an unresponsive judiciary. Even if you can cut off a head, that is no cure for a headache.
For all the latest Opinion News, download Indian Express App
© IE Online Media Services Pvt Ltd
More From Sanjay R Hegde 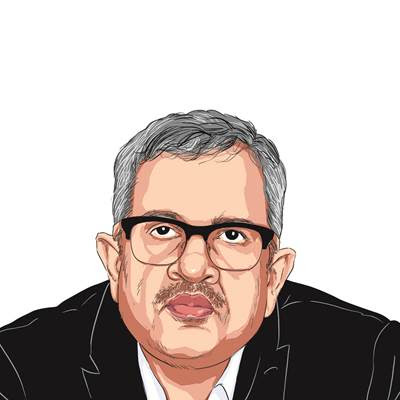