Former American Ambassador to India Richard Verma stressed that the US can't lose the connections to all the people and moderate voices in Pakistan that want peace with India and a better future for their children. 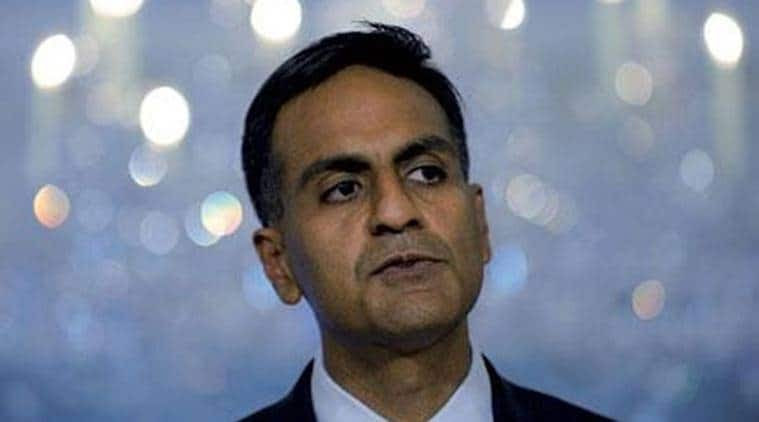 Former US ambassador to India Richard Verma (File Photo)
The US has made it clear to Pakistani leaders that their “continuing support and facilitation” of terror groups along the border to create a “perpetual state of conflict” with India is “not sustainable”, former American Ambassador to India Richard Verma has said. He stressed that the US can’t lose the connections to all the people and moderate voices in Pakistan that want peace with India and a better future for their children.
“It’s not in their interest, and it’s not the way to have that goal of a functioning normal state in the international system,” he said while delivering the third ‘New India Lecture’ organised by India’s Consulate General in New York.
“It’s a very difficult stuation but we have to get there with a variety of economic and political tools,” he said. Verma said the US has made the message quite clear to Pakistani leaders that “this continuing support and facilitation” of terrorist groups along the border to create a “perpetual state of conflict” with India is “not sustainable”.
Responding to a question on relations with China, Verma said India and the US have remarkably similar situations with regard to China, including economic inter-dependencies, trade and commercial activities. “But we also have security concerns. We have concerns about what China is doing in the international systems, we have concerns about their failure to adhere to rules and norms, we have concerns about the Belt and Road Initiative and what they are doing in the South China Sea,” he said.
Verma stressed on the need to be able to balance some of these concerns. “No one wants to see a conflict with China. But we also have to be able to stand up for our basic values,” he added.
He further noted that in India-China and US-China relations, there is a lot of dialogue at all levels. However, “it is a very difficult, complicated and contentious relationship but I don’t think anyone wants to see the spark that leads to an actual conflict,” he said.
Verma emphasised that there is need for an international system that reflects India’s role in the world today. He lamented that India is not on the UN Security Council, is not a member of the Asia-Pacific Economic Cooperation and doesn’t play the kind of role that it probably should on the G-20 bloc of nations or in other international Institutions.
“The US needs to pave the way forward for India so that it actually has the seat at the table in this century, a seat that is appropriate for a country of the size and stature of India. We have to be working very hard for that,” he said.
For all the latest World News, download Indian Express App
Publicado por salud equitativa en 5:26