A notice on the front door of Arun Jaitley's residence saying 'No Visitors Allowed' has triggered off the rumour that the Finance Minister’s health is serious and he is kept in total isolation. 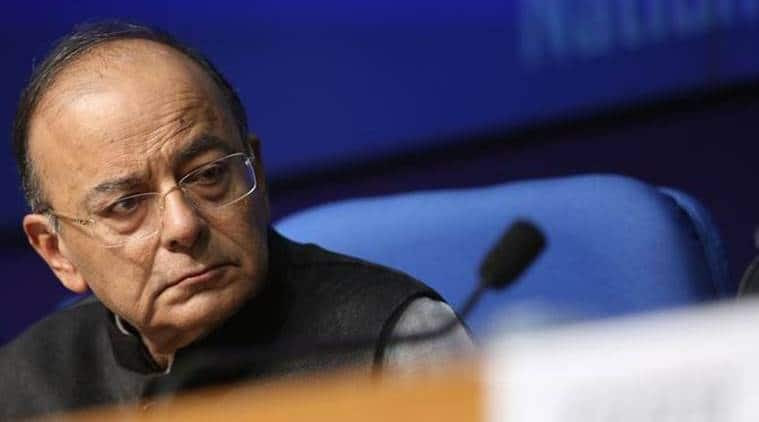 There is a notice on the front door of Arun Jaitley’s residence at 2, Krishna Menon Marg: ‘No Visitors Allowed’. This has triggered off the rumour that the Finance Minister’s health is serious and he is kept in total isolation. While it is true that Jaitley is on dialysis twice a week, he is not in solitary confinement but in a restricted access environment. Doctors have advised that he keep all unnecessary callers at bay till he recovers from a slight lung infection, which is holding up a renal procedure. The rounds of dialysis seem to have suited the patient, who has shed a little weight and the toxins in his body. Jaitley walks in his garden twice a day. He works for two hours in the evening to clear official files. A week back, Jaitley visited the Rajya Sabha Chairman’s Chamber to be sworn in for his new term. One of the best informed Cabinet ministers is probably even more clued in than before since he has plenty of free time on his hands to gather inside news over the telephone and mull over it.

The Defence Ministry is tightlipped as to just how the design for the National War Memorial at India Gate was selected and what exactly is the final concept. Delhi Urban Art Commission (DUAC) Chairperson P S N Rao says that the plan has been cleared by the Central Vista Committee, the Heritage Conservation Committee and the DUAC, but will disclose nothing further. In January, the same commission had turned down the plan for the War Museum on the grounds that it was unsuitable and not in conformity with the green open spaces and character of the Central Vista complex. Because of the lack of transparency, it is even unclear whether the architect who was eventually selected was in fact part of the global competitions advertised in August 2016, both for a memorial and a museum.
The norm in such international competitions is for public display of all entries, including the final plan selected. The chosen design, if ill-conceived, could mar forever the iconic landscape around the two-mile Janpath stretch, planned with meticulous care by Edwin Lutyens almost a century ago. But such is the secrecy around the National War Memorial, in honour of Indian soldiers killed in battle, that a juror for the competition refused to even divulge the other names on the selection panel. The jury reportedly included more generals, officials and politicians than architects. The War Memorial is scheduled to be inaugurated on Independence Day this year and work is on at the C-Hexagon lawn at a furious pace, behind high corrugated sheets so that no one gets a peek in advance.

A respected senior Delhi television journalist covering the Karnataka campaign found the politicians in the state uniformly helpful and polite, with one exception. Pratap Simha, the BJP MP from Mysuru-Kodagu constituency, flew into a rage when asked whether there was a chance that the BJP might have to depend on the JD(S) to come to power in Karnataka. Simha, a former journalist, berated her and dubbed the media as dishonest. Dozens of BJP workers surrounded her threateningly as he delivered his harangue.
Considering his low opinion of the media, Simha seems an odd choice to be repeated as a member of the Press Council of India (PCI). Particularly as during his earlier stint at the council, he attended just one meeting. After he absented himself from three consecutive meetings, his membership should normally have lapsed. Nevertheless, he has been re-nominated to the PCI. Incidentally, the reconstituted council, headed by Justice C K Prasad, met recently for the first time, to discover that the eight members notified by the government were only MPs and representatives of the Bar Council of India and the UGC. There was not a single member from the media. The 20 representatives from the press are missing, as their names are yet to be notified. Prasad had per force to wind up the meeting.

Sop to stay on

The E K Palaniswami-O Panneerselvam faction of the AIADMK has a smart idea to prevent party MPs from straying before the parliamentary elections next year. The Palaniswami Cabinet cleared a proposal that any state MP who does not own a house in Chennai is entitled to an out-of-turn allotment of a four-bedroom accommodation built by the state. The beneficiaries will be nearly a dozen AIADMK MPs who do not currently own a house in the state capital.
For all the latest Opinion News, download Indian Express App
More From Coomi Kapoor