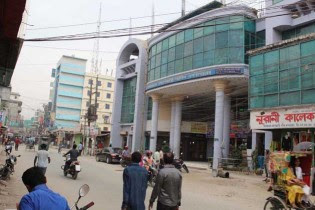 By International Organization for Migration
IOM, the UN Migration Agency, and the UN Food and Agriculture Organization (FAO) are distributing 50,000 vegetable gardening kits to tackle malnutrition and improve the diet of people affected by the Rohingya refugee crisis in Cox’s Bazar, Bangladesh.

By International Organization for Migration
Smart has come a long way since he first arrived at IOM’s transit centre in Niamey, Niger, back in October 2016. He looked tired and defeated, but happy to be alive and eager to be with his family again.

By Thalif Deen
The 193-member General Assembly – one of the highest policy-making bodies at the United Nations – will get a much-needed break, come September, when a woman will preside over its 73rd session, only the fourth in the history of the world body.

By Patricia Grogg
Cuba's tense relations with the United States under the administration of Donald Trump reflect a scenario of conflict that is not alien to the generation that will take over the country on Apr. 19, when President Raúl Castro is set to step down.

By Devi Asmarani
More than a century has passed since Putri Mardika, Indonesia’s first ever women's organization, was established but challenges persist in the efforts to influence national politics to bring progress to all women.

By Daryl G. Kimball
One year into the unorthodox presidency of Donald Trump, the United States faces an array of complex and dangerous foreign policy challenges that require principled leadership, pragmatism, patience, and smart diplomacy.

By Issa Sikiti da Silva
Bouba Diop looks in delight at his uncle’s newly refurbished food canteen in the poor township of Keur Massar on the outskirts of the Senegalese capital Dakar.

Digital Media Take the Lead in Reporting in Venezuela

By Humberto Márquez
On-line media have taken the lead, ahead of the conventional media, in reporting in the tense political and economic climate in Venezuela, where freedom of speech and of information are under siege.

By International Organization for Migration
(UN Information Service) — Two United Nations agencies are joining forces to combat migrant smuggling. Today (28/03) at the UN in Vienna, IOM, the United Nations Migration Agency, and the United Nations Office on Drugs and Crime (UNODC) organized an event centring on a Joint Platform on Countering Migrant Smuggling.

By Rafia Zakaria
It has been nearly 10 years since an angry mob raged through the streets of Gojra in the early morning hours of Aug 1, 2009. The trouble had begun the day before, Friday, when certain xenophobic clerics had incited Muslim villagers, citing rumours about the desecration of religious verses. On that grim day, around 10 Christians were burned alive.

By Tariq Raheem
US Defense Secretary James Mattis dropped a political bombshell last week when he said the U.S. has no evidence to confirm reports that the Syrian government had used the deadly chemical sarin on its citizens.