Dealing with the residue | The Indian Express

Dealing with the residue | The Indian Express

Dealing with the residue

Curbing stubble burning is about inducing behavioural changes in farmers. Each acre of paddy generates about 2-3 MT (metric tonnes) of residue, which needs to be managed in a short window of about three weeks. Else, the farmer has to burn the residue before sowing the next crop. (File)
Given that crop residue burning has an environmental footprint and poses health hazards, one needs to be cautious while evaluating the Centre’s policy to mitigate the crisis. But there is also an urgent need for such an evaluation. The Centre has allocated Rs 1,050 crore to the states where crop residue burning poses a pollution hazard. The Union Ministry of Agriculture and Farmers Welfare has also announced a scheme to promote mechanisation of agriculture that envisages proper management of crop residue.
Each acre of paddy generates about 2-3 MT (metric tonnes) of residue, which needs to be managed in a short window of about three weeks. Else, the farmer has to burn the residue before sowing the next crop. Currently, the most cost-effective and beneficial way to manage the residue is to use a Happy Seeder — a zero-till sowing machine. About 2,000 Happy Seeders are being used in India today. The proposed machine manufacturer supply driven-scheme aims to increase their numbers to 26,000 in two years. This is a herculean task: Not only do we lack skilled personnel but we will also require tractors with higher horsepower to drive the zero-till machines.
Before paddy is sown in July, the field has to be leveled by a laser leveler. Only then can a Happy-Seeder sow wheat efficiently in the following November. Even the last watering of the paddy crop has to be timed according to the date of paddy harvest, which must coincide with the date of wheat sowing.
However, first, farmers have to be convinced that their yields will not suffer should they choose to use a Happy Seeder. They have to see, for themselves, a standing wheat crop sown with a Happy Seeder. States have not initiated this crucial first step — at least not in desirable numbers. Wheat harvesting has begun. So, we may have missed the opportunity this year.
The greater risk is: Should the farmers use the zero-tiller and their yields decrease, they will not only revert to burning residue but will stick to the practice for another generation. The big question is: Come November, will the scheme end the practice of crop burning? The operational guidelines, still under circulation for comments, all but guarantee the scheme’s failure and provide scope for bureaucrats in Delhi to blame the state governments for bad implementation. But at this stage, the states are not even prepared to utilise the funds efficiently.
Even to the uninitiated, it is evident that the scheme is simply a copy-paste job from another scheme, The Sub-Mechanisation of Agri-Machinery Scheme, which provides for 8 per cent allocation for tribal population. It’s illogical to set aside funds for tribals in states that have no tribal population. Funding is spread over two years with the condition that funds will lapse if they are not utilised in the year for which they were allocated. But to ensure that the funds are properly utilised, the scheme will have to run for three years. Twenty per cent of the funds could be allocated in the first year and 40 per cent each in the next two years. Social scientists will have to play a greater role in initiating behaviouralchange and a 15 per cent flexibility in fund utilisation will ensure better progress.
The transformation will take place in the states. But the top two decision-making committees dealing with the scheme don’t have any representative from the states. It would be prudent to include a representative from Punjab because two-thirds of the total paddy burning in the country occurs in the state. The window of operations between paddy harvesting and wheat sowing is only three weeks. So, expediting matters will necessitate that the committee dealing with a state be headed by a representative from it. A practising local zero-till farmer should be included in all district-level committees.
The hard fact also is that farmers have been burning residue because the National Agriculture Research System has, since its inception, advised them to clear fields (including the removal of organic matter) before sowing. Very few people in this system have ground-level experience of working on the new zero-till machines. The capacity of the KVKs to reach out to lakhs of farmers is very limited. These central government-funded institutions must work under the guidance of state-appointed nodal agencies — not vice-versa.
The scheme provides for a Rs 100-crore information, education and communication campaign. This central government-controlled campaign envisages the use of media like Kisan TV or newspapers. But farmers are not going to change their practices on the advice of Amitabh Bachchan or any other national icon. Good quality WhatsApp videos and material for information are freely available. A far better alternative would be to invest Rs 5,000 per month for six months on a peer farmer-led person-to-person outreach programme. This programme that will use the services of trained village-level workers should run for two years.
Continuous use of Happy-Seeder reduces urea/nitrogen requirement by two-thirds of a bag per acre per year. The saving accrued to the Centre’s spending on urea subsidy will be Rs 500 per acre annually. To motivate change, additional incentives based on physical verification of no residue burning can be provided for five years at no extra cost to the exchequer. The challenge is to convince policymakers of not only the need to address public outrage over air pollution but also to persuade them to understand that inducing behavioural change requires more than subsidising the machinery.
The writer is chairman, Punjab State Farmers and Farm Workers Commission. Views are personal.
For all the latest Opinion News, download Indian Express App
More From Ajay Vir Jakhar 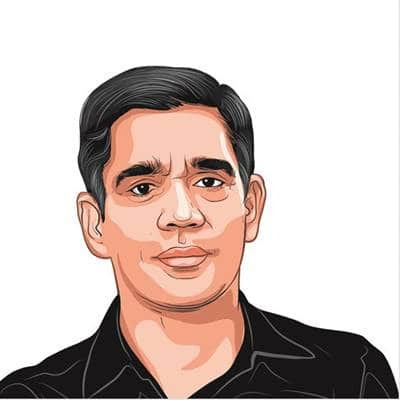