Bolton: Is He the Walrus –Goo goo g’joob?

Print | Send by email
Ian Williams is a senior analyst who has written for newspapers and magazines around the world, including the Australian, The Independent, New York Observer, The Financial Times and The Guardian. He is the author of UNtold: The Real Story of the United Nations in Peace and War*.
NEW YORK, Apr 5 2018 (IPS) - President Trump’s nomination of John Bolton as his National Security Advisor highlights the deep irrationality of this White House’s global agenda. Apparently, the world has hitherto been spared Bolton’s robust sabotage only because the President has an eccentric visceral antipathy to his mustache, but so far could not find another, clean-shaven, candidate in the rapidly draining pool of applicants for White House jobs. 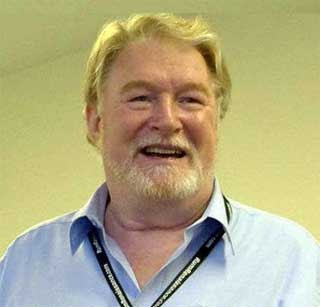 Ian Williams
At the time of Bolton’s UN recess appointment, I termed him a Palaeocon, as opposed to the Neocon. In their own twisted post-Trotskyist way, Neocons knew and cared about the rest of the world, and wanted to remake it in the American image, while Bolton had toiled for long decades in the bunkers of the Heritage Foundation plotting the ruination of Roosevelt’s post war international order. Their alliance over the Iraq war was expedient case of shared prejudices against Muslim enemies.


Bolton and his ilk are indeed creatures of prejudice. They do not have a “joined-up” foreign policy, but rather a set of reflexes born out of ancient grudges. They have never forgiven the New Deal, nor the Truman “betrayal” of Chiang Kai Shek.
They probably sit upon the ground and tell sad tales of the dearth of nukes on North Korea during the war, and, as with far too many Leftists, they still see Putin’s Kremlin as a revenant of the ComIntern. And of course, they have never forgiven the Iranians for throwing out the Shah or storming the US Embassy.
Bolton supports the Taiwanese, not because of any abstruse feelings for democracy – the conservatives had no problem with Chiang Kai Shek’s corrupt tyranny- but because he sees Beijing as a major obstacle to Washington’s supremacy. If the Taiwanese, or indeed the South Koreans, were to become collateral damage to his vision, one feels that he could easily live with it.
Faced with this administration’s whimsical conduct of policy, it would be impossible to predict how long Bolton’s tenure would be, let alone its outcome. But nonetheless there are ominous signs that a Bolton-Trump partnership would be a match made in Hell. Bolton shares Trump’s hyper-nationalist prejudices – but he is much cleverer.
His bullying bureaucratic infighting techniques have often helped him bluster his way against his nominal superiors and colleagues in the State Department. He is, after all most memorably, the thug who strode into a library polling place in Florida in 2000 yelling, “I’m with the Bush-Cheney team, and I’m here to stop the count.”
Bolton’s advocacy of a “robust” approach to Iran and North Korea, and his cheerleading and facilitation for Israeli hawks is an ominous endorsement of the late Senator Jesse Helms’ accolade for him. ‘John Bolton is the kind of man with whom I would stand at Armageddon,’
neatly tying up the apocalyptic agendas of various strands of American conservatism.
Unfortunately, millions of others would fall with him if he realized his apocalyptic visions. Bolton has an often-unacknowledged track record of successes for his agenda. Armageddon is, of course, a long-term project.
For example, Bolton played a large role in pushing Colin Powell’s State Department into backing the war in Iraq, succeeded in “un-signing” the Convention on the International Criminal Court, rewriting the US relationship to International Law in the process. Once he got to the UN, he acted as Dick Cheney’s agent there, bypassing Condoleezza Rice’s slightly more reality-based agenda.
His other quick wins include setting the fuse for it by getting the Iran file shifted from the IAEA to the UN Security Council, which could impose sanctions. This involved a deal with India to vote for the IAEA referral of Iran to the UN Security Council. Iran has signed the Non-Proliferation Treaty, India has not, but in return the US did not apply non-proliferation rules against Delhi!
Bolton could overcome his prejudices against the UN long enough to play diplomatic chess with foresight even if his plans were briefly checked by the JCPOA. Of course, Bolton is an advocate of a first strike on Iran – which is as close to a fuse for Armageddon as you could envisage, and in the appropriate region too!
No-one’s toady, Bolton ended up in a feud even with George W. Bush, who famously did not do nuance either. Whether Bolton will bond further with Trump is unsure, but he will surely play to all this president’s most ill-founded and dangerous prejudices.
In Bolton’s memoirs he denounced, “eastern elitists”, state department “careerists”, the “High Minded”, the “True Believers”, the “EAPeasers” (state department East Asia and Pacific staffers) and “EUroids,” not to mention the “Risen Bureaucrats” whom he accused of subverting Bush White House actions.
And that is in between Islamophobia that is almost clinically psychopathological. He has a better command of polemic than the tweet-constrained President, but messaging is similar!
Some of Bolton’s past patterns anticipate Trump’s now – gratuitous insults to countries that more rational foreign policy experts would like to keep on side. He was especially vitriolic about the British at the UN, when for years they have acted as a bridge between US arrogance and the rest of the world. If he wants a war with Iran, he has to get the UK and most of the EU on side.
The mutual influence of Bolton and UN Ambassador Nikki Haley would almost certainly exacerbate the baleful effect of both of them, not least since Haley, as a first for the GOP, got a cabinet position with the office. One can perhaps foresee a clash of ambitions down the line between the monstrous egos and ambitions of Haley and Bolton, but few if any differences of prejudice, let alone opinion. Haley’s ambitions are personal, while Bolton’s, to give him his back-handed due, are ideological. Insofar as he wants position, it is to effect his agenda, not to polish his ego, which is quite monstrously buffed enough already.
Past patterns suggest that Bolton will bite his mustache and refrain from direct contradiction of the President, who is one fool he could suffer gladly, probably confident that Trump’s manifest inattention to detail would allow Bolton to unfold his plans unchecked.
*Ian Williams, formerly UN correspondent for The Nation, is also the author of Rum: A Social and Sociable History of the Real Spirit of 1776; The Deserter: Bush’s War on Military Families, Veterans and His Past; The Alms Trade; and The UN For Beginners.