Across the aisle: Will government wreck federalism? | The Indian Express

Across the aisle: Will government wreck federalism? | The Indian Express

Across the aisle: Will government wreck federalism?

The fire that was lit by the Terms of Reference of the XV Finance Commission will not be doused by specious arguments pitting ‘populous and poorer states’ against ‘diligent and developed’ states. All states have poverty and developmental deficiencies. Members of the 15th Finance Commission led by its Chairman, Shri N.K. Singh along with President Ram Nath Kovind (Source: Twitter/@rashtrapatibhvn)
As I had feared last week, the fire that was lit by the Terms of Reference (ToR) of the XV Finance Commission (FC) has spread. No effort has been made to douse the fire. Under Article 280, it is the constitutional right of the states, together, to get the states’ share of taxes; it is also the constitutional right of each state to get its fair share out of the total states’ share. The FC is no one’s servant; its master is the Constitution alone. The current share of the states (as per the XIV FC) is 42 per cent. No one expects that number will be reduced by the XV FC.
Another duty is cast upon the FC by Article 280(3)(b), to recommend “the principles which should govern the grants-in-aid of the revenues of the states out of the Consolidated Fund of India”. This provision has to be read with Article 275, which enables Parliament to provide each year “grants-in-aid of the revenues” of such states that are in need of assistance. So, the sequence is, the Constitution imposes a duty, the FC will recommend the principles, and Parliament will provide the grants to the states.
Questionable Terms
In the ToR of the XV FC, paragraphs 2, 3, 4 and 5 are crucial. Para 2 contains an unusual mix of ‘shall’ and ‘may’. The ‘may’ part is worrying and reads, “The Commission may also examine whether revenue deficit grants be provided at all”. Para 3 contains matters that the FC shall have regard to. Much of it is along the usual lines, but sub-para (iv) injects a political element: “the continuing imperative of the national development programme including New India – 2022”.
Para 4 contains matters that the FC may consider. This is where more political elements have been introduced, such as:
*efforts and progress made in moving towards replacement rate of population growth;
* progress made… in promoting savings by adoption of Direct Benefit Transfers promoting digital economy…
* control or lack of it in incurring expenditure on populist measures.
Para 5 is fundamentally biased. It mandates that “the Commission shall use the population data of 2011 while making its recommendations”.
The States Protest
States that have carefully analysed the implications of the ToR are up in arms. The first move has been made by the southern states, at a meeting convened by Kerala. Of the five states and the UT of Puducherry, Tamil Nadu and Telangana were absent. My guess is that Tamil Nadu was absent because of fear of the BJP, and Telangana was absent because of its ambivalence about the BJP.
I list below the questions that arise out of the ToR. The states should raise these questions before the Central government and demand answers.
1. Can the Central government ask the FC to examine whether revenue grants should be provided at all? Under Article 280(3)(b) it is the duty of the FC to recommend the principles in this behalf. Under Article 275 it is the right of Parliament to make a law providing those grants. How can the Executive (i.e. Central government) attempt to thwart that process? It is unconstitutional.
2. What is New India-2022? As of now, it is a mere slogan of the Prime Minister. It is not part of any development programme approved by a body like the National Development Council or Parliament. There will be an election in April-May 2019 long before the XV FC will submit its report by October 30, 2019. How can the FC be mandated to take into account a slogan of a political party? 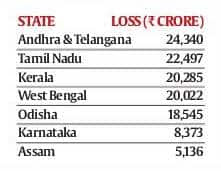 3. Which are the states that will be benefited by considering ‘the efforts and progress made in moving towards replacement rate of population growth’? Certainly not the states that have already achieved or gone below the replacement rate many years ago. They have achieved that target by spending more on health, education and family planning, but will now get less money to spend on the health and education needs of their people!
4. Direct Benefit Transfers (DBTs) and Digital Economy are matters that will be constantly debated. Should foodgrain be provided to the poor or should cash-for-grain be transferred under the DBT? How far and how fast should ‘digitisation’ be rolled out in a state? These are questions concerning the political economy and are best addressed by elected governments and legislatures, not through recommendations of the FC.
5. What is a ‘populist measure’? When Kamaraj introduced the mid-day meal scheme in schools in Tamil Nadu, it was criticised as populist; today it is a national programme.
6. What will be the cost to some states because of the mandate to discard the 1971 census data — agreed by consensus and embodied in policy statements — and take into account the 2011 data? Mr V Bhaskar (EPW, 10 March 2018) has calculated the loss to states, on this count alone, if the XIV FC had taken into account the 2011 data, as (see box) Under XV FC, the loss to these states will be more.
The fire will not be doused by specious arguments pitting ‘populous and poorer states’ against ‘diligent and developed’ states. All states have poverty and developmental deficiencies. They should be addressed without bias and without wrecking federalism.
For all the latest Opinion News, download Indian Express App
More From P Chidambaram 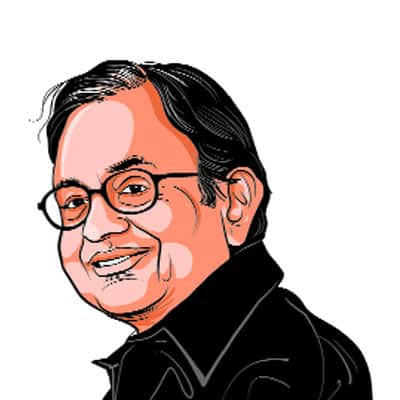