MercatorNet: Why are conservative politicians so good-looking?

MercatorNet: Why are conservative politicians so good-looking?

Why are conservative politicians so good-looking?

Right-wing politicians are winning elections because they have a "beauty advantage", according to European social scientists. 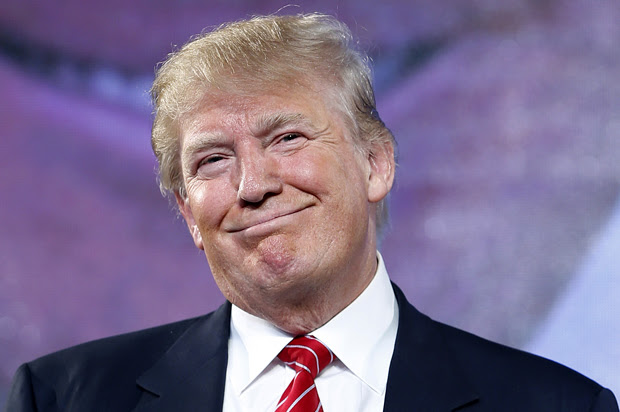 Am I looking beautiful?
If you are one of those perplexed by the swing to the Right in politics and suspect that dark forces are work, relax. There is a simple explanation. As social scientists have noted for some time, voters tend to prefer good-looking candidates. And a team of European researchers now suggests that there are more beautiful people in parties of the Right than of the Left.
Why this might be making more of a difference now, we shall have to investigate. For the moment, let’s test the theory against the recent US presidential election.
Leaving out women (and there’s not much to choose between Hillary Clinton and Carly Fiorina) think past Donald Trump’s haircut and slept-in face (he was a Democrat once anyway) to the dishy Marco Rubio and the regular good looks of Ted Cruz, Rick Perry, Rand Paul and Rick Santorum – to name but a small selection of eligible Republicans – as against the Democrats’ balding and somewhat toothy Bernie Sanders, his unimpressive contender Lawrence Lessig or the Green Party’s white-bearded William Kreml, and you might begin to find the idea plausible.
But if you mentally survey the visages of your own local politicians, ranking them from ugly, through presentable or good-in-parts to handsome, and find that there is no beauty premium for the conservatives, just remember that you are up against scientific evidence. Social scientists, to be sure, but even they deserve a hearing.
Let’s admit straight off that we like public figures to look good, and that, in the absence of any other information about them we might choose the most presentable. Even when we do know a lot about them we might be swayed by looks if there were not much to choose between them in terms of policy, their financial dealings or their record of behaviour with the opposite sex.
The question is, why should this tendency favour the right, as our intrepid Swedish-led team have demonstrated in the Journal of Public Economics on the basis of data from Finland, the United States and Australia?
Drawing on other studies they argue thus:
* Beautiful people earn more.
* People who earn more and expect to keep on earning more think that the world is basically fair and are more opposed to redistribution of wealth than those who earn less.
* This gives parties on the Right an advantage in recruiting beautiful candidates.
* Because people are more inclined to vote for beautiful candidates (especially if they don’t know much else about them) and, as the study shows, actually do use beauty as a cue for conservative ideology, this probably gives parties of the right an electoral advantage as well.
It’s a cruel theory.
But it seems to be borne out by data from local elections (where people are generally poorly informed about candidates) and parliamentary elections (where, if they watch enough television, they can hardly help knowing more). The researchers report:

Does this explain anything about the recent US elections, the rise of right-wing parties in Europe, or why there is a conservative-led coalition in Australia? On second thoughts, probably not. In the current economic and political climate the hoi polloi of all three continents would prefer the Hunchback of Notre Dame to any beautiful conservative who stood for more immigration and welfare policies to match.
But there are some take-homes -- for conservatives, mainly -- from this in-depth study of voter superficiality.
* If you are beautiful, think about a political career.
* If you are a party bigwig, step up your recruitment of beautiful people – but screen them well for ideas on welfare because sometimes a beautiful person may have silly ideas about helping the poor.
* Don’t bother the electorate with too much policy. Just get the candidates looking their absolute airbrushed best.
Finally, if you are left-wing and thinking of running for parliament, for heaven's sake, shave off your white beard and if necessary get a hairpiece.
Carolyn Moynihan is deputy editor of MercatorNet.

President Obama's farewell speech yesterday was a bravura performance, with his characteristic rhetorical gestures: thoughtful reflections on democracy, invoking the values of the Founding Fathers, homespun examples of ordinary Americans and genuine affection for his wife and daughters. "Yes we can," he concluded, "yes we did."
It was a great speech, vaguely concilisatory towards Donald Trump, full of gratitude to his supporters and calmly self-confident about his place in history. It wasn't a moment for humility, so he didn't dwell on his failures. But he did allude to some of them: his failure to close Guantanamo Bay, his inability to bridge the racial divide in the US. It was a polished and gracious conclusion to his eight years in office.
Many Americans don't share his sunny view of his achievements, of course, which is why Donald Trump, who is in many ways is Obama's exact opposite, will succeed him on January 20. Americans can be proud that the transition from one Administration to the other has been so smooth and cooperative. This is an example of democracy at its best.