MercatorNet: America gets a new president

MercatorNet: America gets a new president

America gets a new president

Like him or not, the office is bigger than the officeholder. It’s time to rise to the occasion. 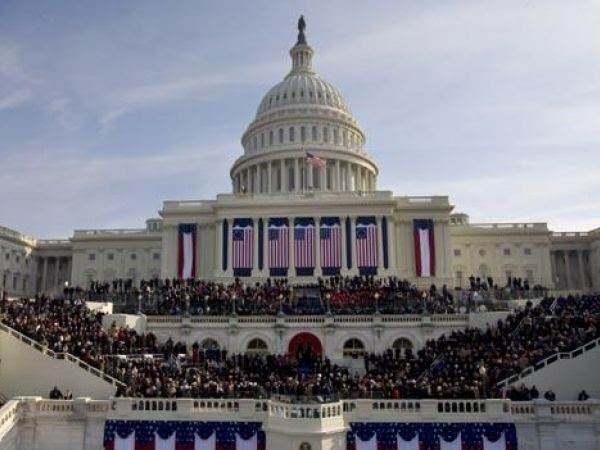 For the moment, let’s put aside the divisions and differences and for one, major, historic occasion that comes along only every so many years in a lifetime, come together as a nation of free citizens. And be grateful, together, and respect each other, for our shared dignity and humanity.
That’s not a lofty goal, it’s reachable. I knew that from earliest childhood, seemingly innately but surely also because of the upbringing I had in a good, strong family and my classical education in a Catholic school, where discipline, order, morality and service were in the air we breathed.
Growing up, I soaked in news and politics because that’s how things were communicated and run in this country. I asked questions and listened, keenly, to what was said. By my parents, other extended family, news reporters, politicians, the nation’s top leaders. I read the daily newspaper cover to cover from a very young age, cutting out the photos but writing my own story in the little newspapers I made. But I made them especially for the big stories of the day, for posterity I think. Stories about political conventions when they lasted much longer and politicians were longer winded (believe it or not). About the aspirations of some big name people and desperation of little known people, especially those in the path of danger or despair.
The presidential cycles were always big, because of the big ideas debated and promises made and plans offered. No matter who won, the swearing in of a new president was a Very Big Event in America, and in my life.
So I really appreciated the commentary I heard earlier this week from newsman Neil Cavuto at the end of his news hour, brief as it was, because it said what I felt, and I suspect a lot of Americans do as well. At least I hope so.
Honoring the institutions that define us.
This is, for the most part, what he said.
This peaceful transfer of power is what we’re all about. We are free not to like our presidents. It’s our business. But it’s our country. This isn’t so much about honoring the man who is assuming the office, but the office itself. This is not so much about the president, but the presidency.
It’s about what unites the vast crowds who brave the Washington cold every four years to witness history, to see something historic, no matter who is being sworn in. Just to be there. To feel it. To witness it. To be a part of it. Whether it’s about a retired General without a lick of political experience [Eisenhower], or a peanut farmer from the Deep South without any Washington experience [Carter]. Or an Illinois backwoodsman who takes command of a nation just as it’s coming apart [Lincoln], or a ridiculously young Massachusetts senator emerging from the closest American election to that date [Kennedy], or an African American drawing record crowds [Obama] to witness that moment, whether they voted for that man or not, because it’s not about the man, nor someday soon I hope, the woman, not the officeholder, but the office.
It’s about not just the house, but the White House. The institutions that define us are so much bigger than the passing occupants who come and go before us. Inaugurations are about honoring that, all of that, and all of us, that space in time we give space to each other, even as many are packed on the Mall, vast numbers, like sardines, with eyes fixed on the Capitol, some so far away they can’t even see who the heck is being sworn in. Just that they swore to be there to see it as it all played out…
What really matters is our American rite of passage, whether we like what’s passing before us or not. This is the day we give the benefit to our doubts, even as history shows, we doubted in our darkest moments whether we’d see any benefit at all. Yet we did, we do, it is our constant, our core. It is our right to celebrate, or not celebrate at all. As long as we step back and recognize this day, that it’s not about our next leader. It’s about us, the people he is leading.
Let’s celebrate, somehow, together. And then take up our responsibilities as citizens to make ourselves, our families, our communities and our nation better.

So: the day when America walks on water is about to dawn, and we must give the loud speaker to our own Sheila Liaugminas, a true patriot to her fingertips, who cut her baby teeth on politics and made up newspapers of her own from a young age.
She begs fellow Americans in a post today:
For the moment, let’s put aside the divisions and differences and for one, major, historic occasion that comes along only every so many years in a lifetime, come together as a nation of free citizens. And be grateful, together, and respect each other, for our shared dignity and humanity.
…
Let’s celebrate, somehow, together. And then take up our responsibilities as citizens to make ourselves, our families, our communities and our nation better.
Well, Sheila, I hear Trump still has lots of vacant posts at the White House – he’s even appointed a Kiwi, Chris Liddell, to one of them. For the life of me I can’t figure out why he hasn’t put you on the team, because what he needs above all there is sincerity, and no-one can beat you at that.
Did you hear that, President Trump?