MercatorNet: Why the mainstream media was doomed to call the US election wrong

MercatorNet: Why the mainstream media was doomed to call the US election wrong

The traditional gatekeeper are rapidly losing viewers, advertisers, and staff and fading into irrelevance 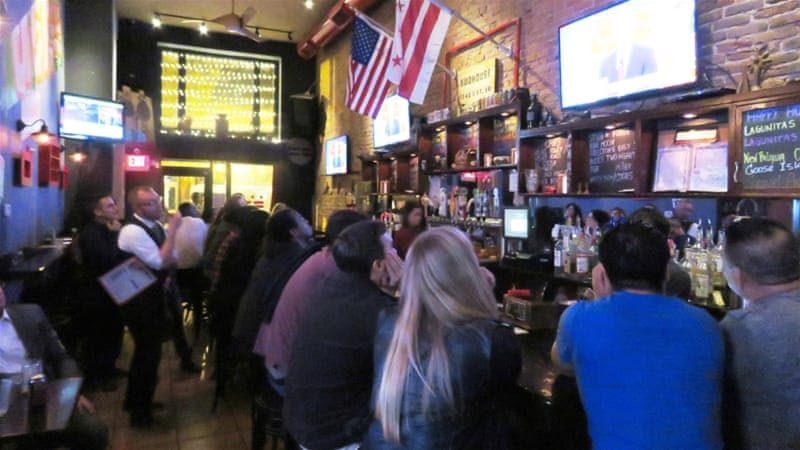 The other day, MercatorNet’s editor described the mainstream media, stunned by the Trump victory, as “spectacularly clueless”:

But it wasn’t just the number crunchers who failed. The pundits read in the tea leaves that Clinton would bring together a coalition of workers, professionals, black and Hispanics which would propel her to victory. It made sense. She was competent, experienced, a woman, a Clinton, articulate, coherent, knowledgeable, and familiar. She embraced all the right policies on immigration, foreign policy, women’s rights and gay rights. Yet she lost.

Yes, she did. And for a moment, I saw the ghost of Pauline Kael (1919–2001) hovering over the newsroom terminals. Perhaps not many people remember the legendary film critic now but she became famous for her remark, after Nixon’s win in 1972, that she simply did not know more than one person who voted for him.
Many decried her snobbery. But if we focus on that, we miss the point: Kael was a culture critic. It was her job to know people across the spectrum, to more fully interpret the culture. In reality, however, before the internet, media interpreted the world for the masses they despised or patronized. The average citizen could not easily access information and news services without a gatekeeper. Kael’s ignorance came at little cost to herself. On the contrary, fashionable media defended her as a genius assailed by bigoted lowlifes.
As media reel from the results of last week's election, ignorance is no longer so Cool. This may be the first election where the way in which the internet is destroying mainstream media’s gatekeeper role is apparent to all. There had been earlier warning signs, to be sure. Here are a couple that grabbed my interest:
Swift Vets (2004): Presidential contender John Kerry’s fellow officers from Viet Nam set up their own web site to denounce him as unfit to command. Mainstream media ignored them and they should have sunk under the weight of such oblivion. But anyone with an internet connection could reach Swift Vets, so for once oblivion was no longer inevitable. The Swift Vets certainly damaged John Kerry’s presidential bid.
And then there was Rathergate, a better-known incident from the same year. Iconic news anchor Dan Rather, in a tight race, accepted as valid and publicized documents claiming that presidential contender George W. Bush had been a poor air force officer. A great scoop except for one thing. He was wrong.

The documents were Xerox copies, which in forensics is a dead end—nothing can be proved, or disproved, without an original. Since the report, Rather has hired lawyers and private investigators to get to the bottom of the mystery, to no avail. Strangely, he has made only one attempt to contact the man who initially gave the documents to CBS, the former Guardsman and West Texas rancher Bill Burkett, who, after initially lying about where he got them, told a dubious tale of receiving them from shadowy characters at a cattle show in Houston—and then went stone silent. Burkett refused to talk to Rather.

Put simply, no responsible news source should have accepted any documents other than the originals—whose paper, font, ink, and general provenance can be authenticated. Within hours, Rather's scoop was being mocked by experts, as facsimiles were posted online using Microsoft Word’s typewriter font. Rather, who retired under a cloud, continues to defend his legacy, with the support of many in the entertainment industry.
Doubtless, similar stories that I happened not to be following abounded but back then they felt like discrete events. Now they are a pattern. Not just a pattern, but a destiny: Mainstream media can no longer simply decide what is news and keep out of sight what the public wants to know.
In the last few weeks, deprived of a traditional position of authority by the endless stream of new media entities, the mainstream media lost all pretense of objectivity or any desire to even pretend to it. Their mission was to defeat Donald Trump. If they truly believed in a Clinton landslide, as they claimed, they  must have been modern-day Pauline Kaels, skipping their homework.
It’s not a sufficient explanation to say that Trump seemed a poor choice for president. The media have thought that about many Republican candidates and have often slanted coverage to discredit them. But they did not entirely abandon their historic role as the fourth estate.  That term, coined in the 19th century, referred to the fact that media were not expected to act directly as agents for the government, the religion, or the public as such. Their job, to convey news, has often been constitutionally protected, as in the US First Amendment. Entering the fray so openly, the mainstream American media have ceased to be the fourth estate.
In much of the world today, media have no such privileges. They are openly controlled: For example, by government as in Egypt or, by cartels as in Mexico. New social media are often the only way people communicate honestly though, as in China, these media are subject to routine crackdowns.
I believe that the Western media behaved this way, not because they are less moral than in the past but because they are less needed.  Potential readers can now go anywhere on the internet for news, insight, and entertainment. The traditional gatekeeper mainstream media are rapidly losing viewers, advertisers, and staff as a result. A few recent headlines can stand in for many: New York Times paid no taxes in 2014 (not enough earnings); Britain’s Guardian is to cut 30 percent US staff; Gannett empire posts losses; and Big 5 TV ratings enter free fall. There are also ongoing serious losses and cuts in Canadian media. Even established alternative media are hurting: Rolling Stone is said to be for sale to a Singapore billionaire’s son.
Trump is often credited with genius because he grasped the significance of these changes and used them to “play” the mainstream media that loathes him so. But let’s ask ourselves (another time, perhaps), why did no other candidate or media honcho on either side grasp that? For example, Newsweek had to recall over 100,000 copies of a “special commemorative edition featuring Hillary Clinton under the headline ‘Madam President.’” A spokesman explained that Trump’s victory was a complete surprise.
One struggles to be charitable here but he is essentially explaining why Newsweek’s research technique and its magazine medium are both obsolete.
Conservative sources often claim mainstream media are failing because the public does not endorse their values. I’m not sure. I know that most people who do endorse their values are going elsewhere for news anyway. Sometimes the explanation really is the new technology.
Mainstream media were so openly partisan in this election, in my view, because they want to survive but cannot survive the 24/7 tsunami of low-budget competition from the internet. Had their champion won, they could probably have blended seamlessly over the years into the operations of progressive government as external PR, not unlike the controlled media of many states. One model is the publicly funded Canadian Broadcasting Corporation. Few watch it but it employs many media personnel, and progressive governments protect it zealously.
None of this would matter much except that such media do not tend to be strong partisans of freedom of the independent media. Those qualities are not necessary for their own operations and may be disadvantage to them.
As the new order takes shape, there was a curious episode at CBS News the other day. Political correspondent Will Rahn bemoaned the “unbearable smugness” that had led to the media’s candidate’s defeat, urging fellow journalists to stop sneering at average Americans and start showing “humility.” He means well but has missed the point. The average American hit the remote a long time ago, and the changes are not reversible.
See also: Traditional media doesn’t get new media It is called the internet, not the innernet for a reason.
Denyse O’Leary is an Ottawa-based author, blogger, and journalist.

Proving that chatting with President-elect Donald Trump is not the most important thing in the world, the New Zealand prime minister, John Key, missed his call the other day. He had more important fish to fry. The Trump earthquake in American politics had been eclipsed by a real earthquake in the northern part of the South Island. Mr Key didn’t see the call when it came in.
The 7.5 magnitude quake was massive. Two people were killed; there have been billions of dollars of damage to roads and buildings; there were 100,000 landslides; and hundreds of people have been stranded. And three cows, whose bizarre escape features on our home page today.
Our Deputy Editor, Carolyn Moynihan, is safe, I am pleased to report. She lives in Auckland, which was not affected by the terrifying quake. From a distance she has been impressed by how calmly Kiwis have reacted and by how efficiently the government has responded. Fixing things is what government does best, she writes. Why don’t they stick to that, and stop meddling in citizens’ private lives?