The political power of rural USA

And that's the way the Constitution designed it. 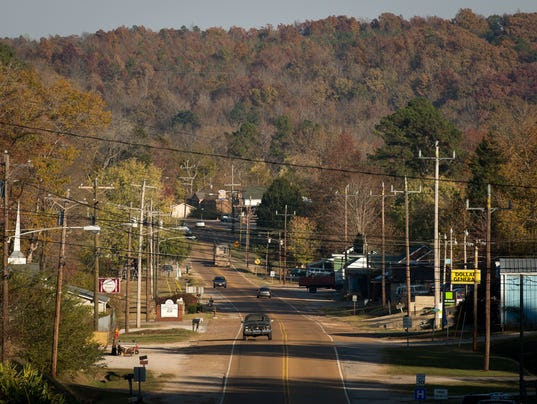 I said that I wouldn't blog anymore about the election, but apparently it's still a big deal for a lot of people and apparently people still have interesting stuff to write about it. And anyway, all of my good readers still like to hear about how The Don won. Right?
This comes from the rapidly growing “Have you ever realised that the USA is not actually a direct democracy?” file and not surprisingly originates from the New York Times (can someone who gets a hard copy of the paper tell me if they have a black border around their broadsheets signifying their mourning?) The point has been made, usually in passing, frequently over the last few days that Trump didn't win the popular vote and therefore...something. Usually it's made to slightly delegitimise the result or claim that he's not representative of the American people.
The problem with this is that there is no way of knowing how the campaign would have been run had every vote mattered. That is, Trump didn't spend time or energy campaigning in Washington, California or New York because there was little to no chance that those states would vote Republican. But if every vote counted in the election through some form of direct proportional system, then presumably the Trump campaign would have devoted more resources to the large cities on the East and West coasts.
Similarly, Republican voters in those deep blue states would have been more likely to come out and vote rather than think that their vote doesn't matter since their state is going Democrat anyway. (Actually, that is one factor for the USA's low election turnout, for many people there is simply no point in voting, unlike in say, New Zealand...) Similarly, there is no way of knowing if more democrats in Wyoming or Texas would have voted nor how the Clinton campaign would have campaigned if the vote had been directly proportionate. In short, the popular vote means nothing in the USA's current system. Because it is a republic, not a “pure” or direct democracy.
Which leads me to today's topic – the disproportionate power of rural areas in the USA's federal system. (Isn't it funny how all these “issues” and “problems” are only coming out now...) Suddenly, because rural voters are becoming more united as a “voting block” the rural “bias” in national politics is becoming a “potent Republican advantage”. As I saw someone put it around Election Day – suddenly rural Americans are voting as a minority, in much the same way as African-Americans do, and now they are seeing their potential electoral strength. But because of inbuilt advantages given to rural areas in the American constitutional arrangement, this voting en masseis powerful.
First, most obviously, the Senate is made up of two Senators from each state, no matter how populous. Thus, California has the same number of Senators as South Dakota. Thanks to the increasing urbanisation of America and the growth of certain cities and not others, the Senate could theoretically be controlled by a majority made up of Senators from states that contain just 17 per cent of the population of the USA.
The Connecticut Compromise setting up this one state = two senators was arrived at when 95 per cent of the USA was rural. More importantly, it was designed specifically to not be democratic; it was to prevent the more populous states deciding the fate of the nation as a whole. And it was designed to stay; the Compromise is the only provision in the Constitution which cannot be amended. This has an effect on the Electoral College since each state gets as many college votes as it has congressional delegates. Wyoming gets three Electoral College votes – one from the House and two from the Senate. California gets 55 from the same process, but the two senators for each state skews the result, so that Wyoming gets three times more votes in the Electoral College than its population would suggest. (Of course the example also works for a large Republican state, like Texas and a small Democrat one, like Washington DC...)
In the House, the distribution of voters also favours Republicans since:
“Republican voters are more efficiently distributed across the country than Democrats, who are concentrated in cities. That means that even when Democrats win 50 percent of voters nationwide, they invariably hold fewer than 50 percent of House seats, regardless of partisan gerrymandering.”
And at a more local level:
“Jeffersonian suspicion of big cities also appears in the sites of state capitals: Albany and not New York; Jefferson City and not St. Louis; Springfield and not Chicago. Political scientists at the University of California, Davis, have found that most state capitals were located near what was then the population centroid of each state — typically closer to the geographical centre of the state, and not the place where the most people already lived, breaking with how much of the world sited its capitals.”
Of course, one response could be to decry the result of the constitution's workings and infer things are unfair. The other response might be to figure out how to get rural voters to vote for you, instead of for the other side...