MercatorNet: Affluenza: the sickness of the rich

MercatorNet: Affluenza: the sickness of the rich

Affluenza: the sickness of the rich

Privileged youth are checking themselves into a rehab of sorts. 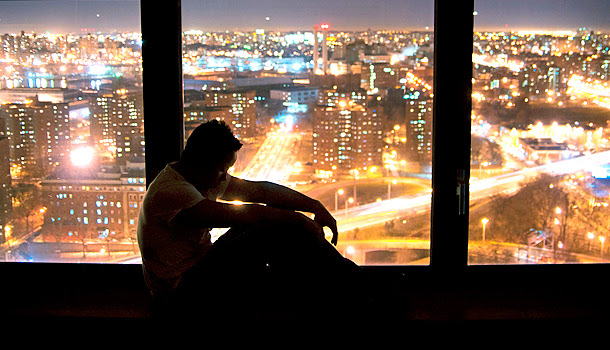 Would you rather be rich and unhappy or poor and joyful? Why does it seem that the rich spend their days wanting for more; while the poor seem happy and keen to share? This is something that I’ve noticed in my travels and pondered over the years, and perhaps this Bloomberg Businessweek article provides something of an answer. It talks about “affluenza,” an affliction of the wealthy – a particular set of mental health issues that arise from a lifestyle of having it all.
We may be tempted to sarcastic comments about how hard the rich must have it, but really it makes a lot of sense. Overflowing privilege, as the article points out, sets a scene that is not always conducive to healthy self-development. It’s a world where kids don’t suffer real consequences, and so grow up with an unformed conscience plus a sense of infallibility. From their parents, they’re often given material things instead of the quality time and love they crave – meaning they are not necessarily close to the parents who expect a lot from them. It also means that parents don’t understand how any failure, large or small, can possibly happen when they’ve given their kids so much.
Hence why Jamison Monroe Jr., a “recovering spoilt rich kid” himself, has opened a number of rehab facilities - which cater to young people who are much like he used to be. While they are much more opulent than your regular mental health facility, Monroe believes this is key in order to keep the kids from feeling persecuted; and to prevent parents from feeling that they’re sending their children off to prison. And as for what he tells his employees in regards to the patients, it seems simple: “Just love them.”
An interesting point in the article was that the parents of these kids have issues themselves – they are often part of a vicious cycle of wealth and had the same ‘non-relationship’ with their own parents. They don’t realise that money doesn’t equate love – they, along with their kids, also need to understand the importance of things like family dinners and quality time. Hopefully the family therapy that Monroe advocates will be helpful to those who get it.
Am I advising against having wealth? Not at all! I can certainly think of well-off families who are generous and grounded – I guess it all comes down to the attitude to money; and making sure that real values prevail. It’s just interesting to see that at the end of the day, whatever we have or don’t have, we all crave love and thrive on love. And I think that’s something that all parents, despite their finances, can learn from.

One of the most sobering sentences you will read this week is in today's lead article by Tim Rarick: "84% of [European] parents who are in the top fifth of household income are married, as opposed to 42% of parents in the bottom fifth of household income". The figure is much the same for the United States.
In the words of a famous developmental psychologist, "The family is the most powerful, the most humane, and by far the most economical system known for building competence and character." So why do governments ignore its potential?