Largely thanks to the Syrian conflict 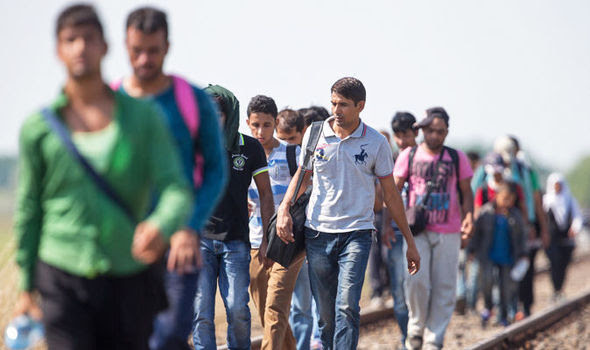 The Middle East now has the dubious distinction of being the area with the fastest growing migrant population in the world. According to analysis undertaken by the Pew Research Centre, the number of migrants in the Middle East grew by 120% in the decade to 2015, compared with 91% in continental Africa, 77% in the Caribbean and 26% in the Asia-Pacific region. In 2005 there were 25 million migrants (economic migrants, displaced persons by war and natural disaster internal and international) in the Middle East. By 2015 this number had jumped to 54 million, or 13% of the region’s total population. And the makeup of this number had substantially changed too. In 2005 nearly 80% (19 million) of the region’s migrants were economic migrants, lured by the work and wealth on offer in the Gulf States. By 2015 economic migrants had grown to 31 million, but because displaced persons had jumped to 23 million, the share of the region’s migrants made up of those seeking work and economic opportunities had declined to 57%. Thanks largely to the wars in Syria, Iraq and Yemen, the numbers of those fleeing their homes to save their lives and families had grown fourfold.
While economic migrants make up an overwhelming majority of national population in the UAE (88% of the whole), Qatar (75%) and Kuwait (74%), displaced persons make up a substantial share of the population of Jordan (41%), Syria (40%) and Lebanon (34%). The number of economic migrants in the Middle East is perhaps going to decline in the following few years. The Pew Research Centre noted that job growth is slowing as oil prices remain relatively low. Indeed, thousands of economic migrants in the region are unemployed, they live in squalid conditions and there has been a decline in migrant remittances from the Gulf. However, the number of displaced persons is probably not going to decline anytime soon as the wars in Iraq and Syria show no signs of stopping anytime soon.

When liberals are holding the reins of power we don't hear all that much about truth. When they are losing, it's different. Suddenly truth, facts, objectivity become extremely important, and pundits weep buckets of tears over the masses who are led by their feelings and beliefs rather than objective facts. Lately, for rather obvious reasons, they have been mourning the rise of "post-truth politics". That explains why Oxford Dictionaries has declared "post-truth" the word of the year. I think the term misses the truth of what's going on, but you can read about that here.
Marcus Roberts also has an interesting post on the demographics of the US election outcome. And we have a piece by Ryan Anderson on what Trump can do right now to protect relgious freedom. In the longer term there's the possibility of a reversal of Roe V. Wade, the consequences of which, Tim Bradley of the Lozier Institte points out, are not as draconian as some allege.
Well, that's enough to be going on with. Enjoy your weekend!