MercatorNet: The hand on the button | MercatorNet

The hand on the button

Why a conservative Republican is voting for Hillary Clinton 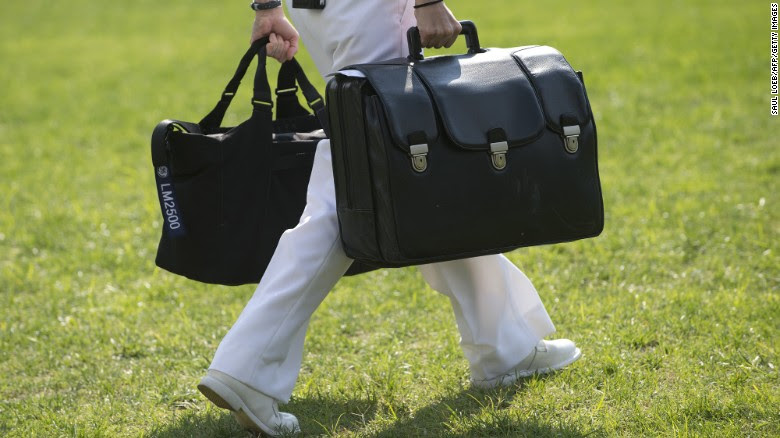 The absolutely paramount reason for keeping Donald Trump out of the White House was described in a largely overlooked piece in the Washington Post last month.
The newspaper published a letter from ten former nuclear launch officers which stated that the decision to use nuclear weapons requires “composure, judgment and diplomatic skill” – all qualities these former Air Force officers said Trump lacks.

“On the contrary, he has shown himself to be easily baited and quick to lash out, dismissive of expert consultation and ill-informed of even basic military and international affairs – including most especially nuclear weapons. Donald Trump should not be the nation’s commander-in-chief. He should not have his finger on the button.”

I am a retired senior foreign service officer who served in the staff of the National Security Council in the White House for a total of 17 years under four Republican presidents between 1971 and 1993.
The thing that most impressed me was the great power of the president in national security affairs where he is subject to far fewer restraints than in domestic affairs. He makes decisions which get people killed.
I have come very close to losing my life serving this country in World War II and Vietnam. I see in Trump a serious threat to my nation’s well-being. Not only is he not to be trusted with the nuclear release codes, as the ten former Air Force have stated, but he poses a serious threat to our friends and allies. He has questioned our military support for Japan and South Korea (he would give them nuclear weapons for their defense) -- which earned him the endorsement of North Korea’s brutal dictator Kim Jong Un.
He also questions our NATO alliance in a way that raises the question of American support if he were to become President. Weakening these alliances could well encourage Russian President Vladimir Putin to invade Estonia – a step which could trigger another major war, this time with nuclear weapons.
The same holds true for South Korea. With US troops removed, it could well be invaded by the North, putting us in the same position as in June 1950. As a senior US official, only one person removed from the president, I witnessed White House decisions which needlessly lost that war and which resulted in hundreds of thousands of deaths and a black eye for our nation.
The alternative to Donald Trump is Hillary Clinton, who strongly supports Roe v Wade and abortion rights. I do not support abortion.
However, I put this issue in an entirely different context from that of the President in the role of Commander-in-Chief who can get us into wars and other serious mischief through economic isolation created by an “America first” policy. In foreign affairs Clinton is balanced, pragmatic, well informed and very experienced.
In point of fact, there is no guarantee that Trump would go out of his way to end abortion. He previously favored abortion and has changed his position out of political expediency. Since he clearly has no moral compass, if he were President he might not want to get involved in an issue which is now principally decided by the states. He might pay more attention to a recent poll which shows that 54 percent of American women are “pro-choice” (that is, they have no objection to abortion).
The big problem is with the judges handling this issue in state jurisdictions. They now see Roe v Wade as stare decisis protecting abortion. It will, alas, be legally and politically difficult to overturn Roe v Wade.
My hope is that we can eventually get a Supreme Court that will do just that. As long as Congress has a Republican majority -- and I fervently this will still be true after the elections -- it will be difficult for a Democratic president to get a pro-abortion justice confirmed.
With all this in mind, although I am a conservative Republican who disagrees with nearly all of her positions on domestic issues, I am reluctantly voting for Hillary Clinton.
William Stearman is a retired senior US Foreign Service officer who served in the White House (NSC staff) under Presidents Nixon, Ford, Reagan and Bush 41. He is also a former member of the Georgetown University faculty and author of An American Adventure, From Early Aviation Through Three Wars to the White House.
http://www.mercatornet.com/features/view/the-hand-on-the-button/18940