MercatorNet: A vote’s consequences and a voter’s conscience

MercatorNet: A vote’s consequences and a voter’s conscience

A vote’s consequences and a voter’s conscience 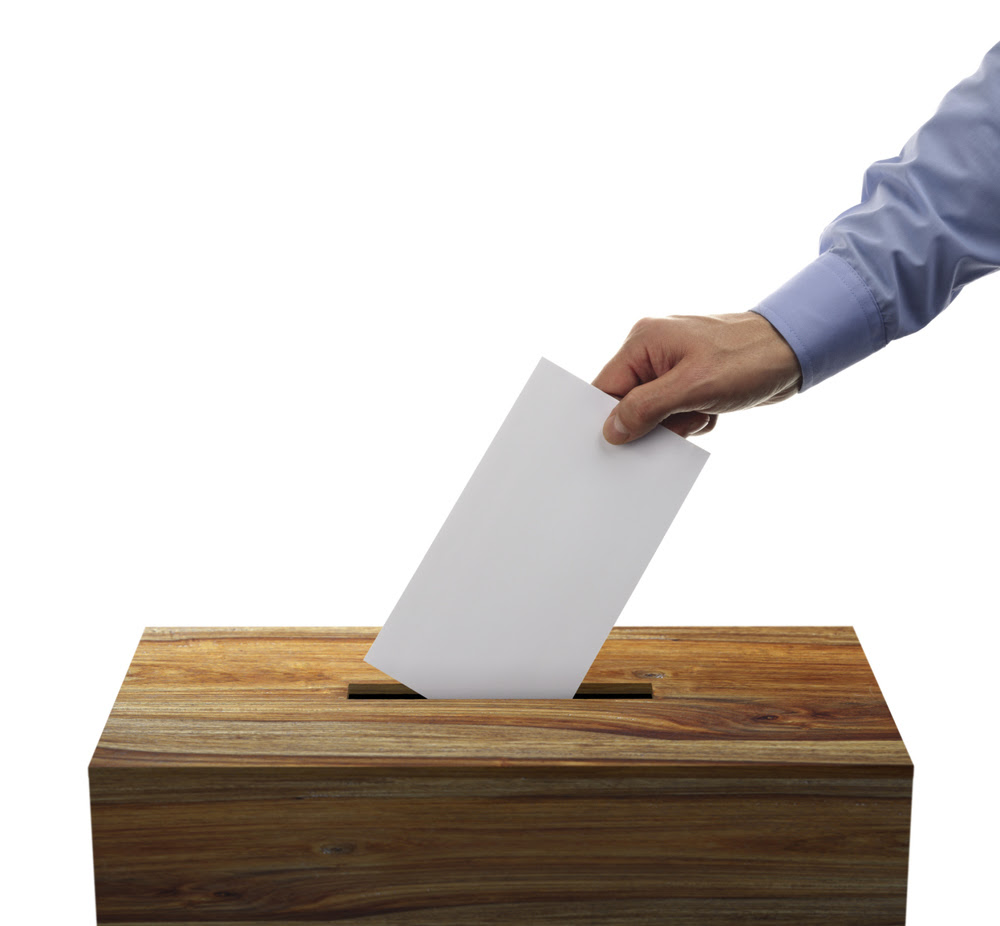 Recently, while I was having lunch with some young colleagues at the Witherspoon Institute, one of them asked me a pointed question. “If your vote were the deciding one in the election, with either Hillary Clinton or Donald Trump becoming president on the basis of your vote alone, for which one would you vote?”

First of all, no one ever actually is in the situation my colleague constructed in his question. A one-vote margin of victory in any election—let alone a nationwide presidential election—is an exceedingly rare occurrence that most of us will never experience. But more importantly, we all vote more or less simultaneously, and we do so with secret ballots. Even the current trend toward early voting by mail or “absentee” balloting does not alter the personal experience each of us has of not knowing the exact weight of our own ballot in the final outcome. If it turned out, in a particular election, that the result hinged on a single vote, even then we could not say that our own single vote was truly determinative as the “tie-breaker,” for this would also be true of every other votethat turned on a choice between the victor and the runner-up. Neither prospectively nor retrospectively, therefore, can we ever say that we alone are burdened with the whole responsibility of decision in a close election.

But the secrecy and the rough simultaneity of our ballot-casting are just what enable people to frame the question my colleague asked me. The question—“If your vote were decisive, what would you do?”—invites us to think of the civic function of voting as though everything hung on that one vote each of us casts. This invitation, to vote as if the weight of the world were on my shoulders alone, is what I refuse to accept.

The reason I decline the invitation is not just that the weight is not on my shoulders. It is that this is really an invitation to a kind of consequentialism in the ethics of voting. I don’t intend to plunge into the philosophical debate between consequentialist and deontological ethics, which is not in my field anyway. I mean to make a much more informal and homely point: it is wrong to think of a vote not cast for Leading Contender A as a de facto vote cast for Leading Contender B.

I have good friends thinking this way right now. Although, as fellow conservatives, we think very alike on nearly everything in political life, the national disaster of the choice between Trump and Clinton has produced diametrically opposed conclusions. One close friend says that the harm Hillary Clinton would do, building on Barack Obama’s eight years, would be so incalculably awful that the risk of an inept, foolish, and thuggish Donald Trump presidency is worth taking in order to prevent Clinton’s victory. Therefore, he is inclined to hold his nose and vote for Trump, believing that abstention or a “thrown away” vote on a third alternative with no chance to win would be morally indistinguishable from a vote for Clinton. (Here is a column exemplifying this friend’s view.)

Another close friend draws the opposite conclusion, recoiling so powerfully from Trump’s politics of arrogance, folly, and contempt for others that this Republican of many years announces he will pull the lever for Clinton, preferring an enemy he can imagine fighting and partly constraining (and even agreeing with on occasion) to a “leader” who may grievously wound the party, the conservative cause, and the country itself. For this friend, any vote not cast for Clinton is “objectively” a vote for Trump and thus a kind of moral calamity. (Here is a column exemplifying this friend’s view.)

My fond regard for these two good and thoughtful friends, lifelong conservatives both, is not diminished by our disagreements. And I do disagree with both of them. For my part, my conscience is more important to me than the outcome of this presidential election. I cannot in good conscience vote for either Clinton or Trump. What matters for me is that I cannot bring myself tointend, to will the victory of either of these ludicrously unacceptable presidential candidates. And that is what a vote for one of them would be—an act of willing that Clinton or Trump be president, carry out her or his stated policy aims, and bring his or her fundamentally bad character to the highest office in the land.

We conservatives are not in an ordinary political situation. In past elections, some of us might not have had our first or even our second choice among Republican candidates on the November ballot for president. For me and for many others this was true when Bob Dole (1996), John McCain (2008), or even Mitt Romney (2012) was the GOP nominee. It went without saying that voting for Bill Clinton or Barack Obama was out of the question for a conservative, and the idea of a “protest” vote for a third candidate, or abstention from any vote at the top of the ballot, seemed irresponsible, a de facto vote for the Democratic candidate. We could well remember when 19 percent of the electorate voted for Ross Perot in 1992, securing him zero votes in the electoral college but arguably delivering a victory for Bill Clinton over George H.W. Bush. And we could sympathize, distantly, with Democrats who blamed Ralph Nader’s voters for George W. Bush’s squeaker victory in Florida over Al Gore in 2000. Didn’t these people know that the perfect is the enemy of the good?

This time is different. “Not making the perfect the enemy of the good” is not the right adage for calculating what to do in our present predicament. Nor is “choose the lesser of two evils” the right way to think. That way of thinking really only works when at least one of the choices is in fact not really evil.

So, for instance, the choice in 1968 between Richard Nixon and Hubert Humphrey presented conservatives with a not-very conservative Republican, and liberals with a Democrat who was not, like Eugene McCarthy, the darling of the anti-Vietnam War movement. Either man, however—so far as the average voter could tell four or five years before the Watergate scandal broke—was qualified to be president by his character and experience, and so one could choose between them for policy or ideological reasons, weighing them relative to one another as the only realistic prospects for victory in our two-party system. The voter who did not much like either Nixon or Humphrey as ideal could put their policies and probabilities in the balance and choose the lesser evil because in truth each man had much good that could be said of him.

Now, however, we really do have two evils to choose between—or to decline choosing. Neither Trump nor Clinton has a single redeeming characteristic that recommends him or her to the presidency of the United States—at least none that is not decisively outweighed by some other damning characteristic. Clinton’s much vaunted “experience” is a career record of ghastly misjudgments in foreign policy, paired with a consistently authoritarian and illiberal “progressivism” in domestic policy, seemingly intent on unraveling the social fabric that makes a decent society. And there is no need to rehearse her and her husband’s history of dishonesty, corruption, and irresponsibility, capped most recently by her obvious breach of the statutes protecting national security secrets.

As for Trump, was there ever a candidate more obviously unqualified for high public office, as measured by his dearth of relevant knowledge and experience, his willfulness and self-absorption, his compulsive lying and inconsistency, his manipulative using of other people, his smash-mouth rhetoric and low character? For anyone professing conservative principles, the first problem with Trump is that he is not one of us, has never been one of us, shows no sign or capacity of becoming one of us, and hardly cares to pretend to be one of us. Even “what about the Supreme Court?” has no grip on my conscience when I try to imagine Donald Trump in the Oval Office. I cannot trust him to choose judicial nominees wisely, and there are other things whose cumulative weight is greater even than this variable.

We haven’t even the consolation of thinking of Trump as a certain kind of Republican who is not actually conservative but who at least recognizes our vocabulary when he hears it. No, Trump would not know a conservative principle if it kicked him in the shins. This is a nominee who, in my estimation, cannot earn my vote even as a “lesser evil” or an “at least he’s not Hillary” candidate. I waver between believing that his defeat would be the worst thing to happen to our country and believing that his victory would be.

But perhaps, quite conscientiously, they were unable so to calculate. Perhaps they were in the quandary I find myself in, of believing that both parties had nominated absolutely unacceptable candidates. If so, I forgive them their error, as I hope my friends will forgive mine if they think I have made one. But I do believe we have entered a realm of absolutes here, where trimmers’ calculations have no purchase on our decision-making. If “lesser evil” and “objective consequences” are not my guides, it is because the times demand that I reject both Trump and Clinton, declining to stain my conscience with a vote for either one of them.

After a lifetime of studying politics, I have finally, thanks to the electoral annus horribilis of 2016, arrived at an ethic of voting that I can defend against all rival ethics. It is simply this: Vote as if your ballot determines nothing whatsoever—except the shape of your own character. Vote as if the public consequences of your action weigh nothing next to the private consequences. The country will go whither it will go, when all the votes are counted. What should matter the most to you is whither you will go, on and after this November’s election day.

Matthew J. Franck is Director of the William E. and Carol G. Simon Center on Religion and the Constitution at the Witherspoon Institute. The opinions expressed here are not those of the Institute. This article has been republished from Public Discourse with permission.