Even if the government doesn’t have any role in the latter, there is a perception among SC/STs that the government or the ruling party is not doing enough. 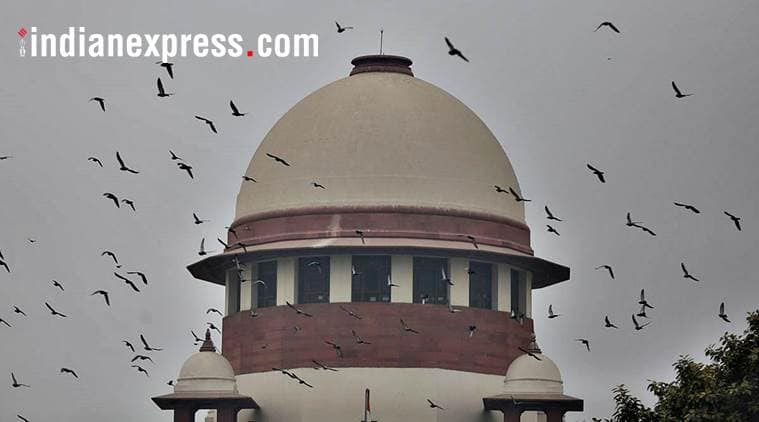 The Constituent Assembly entrusted the Parliament to alone make laws and the judiciary to interpret them. (Express Photo Tashi Tobgiyal)
The Supreme Court has delivered a historic judgment altering the basic structure of the Prevention of Atrocities Act, 1989. The judgment states that public servants and private employees can only be arrested after a preliminary inquiry — that in the case of a public servant the appointing authority must give permission in writing (in the case of the public in general, the SSP’s permission is needed) — and that a magistrate can extend arrest only after written permission is secured and anticipatory bail must be given unless a prima facie case of crimes is made out.
This judgment of Supreme Court is not only unfortunate but is also fraught with caste prejudice. No law should be misused, neither should it be diluted or made blunt. The appointing authority is hardly expected to give in writing permission to arrest his junior. If the appointing authority happens to be of the same caste or if the employee concerned enjoys a good rapport with him, he may not give permission at all. Political pressure may also be brought on the appointing authority or the SSP not to give permission to arrest the accused.
Question is, is it only The Prevention of Atrocities Act, 1989, that is being misused or are other acts and laws also being misused? I believe that the indeterminate and indiscriminate application of the Anti Dowry Law, for example, has opened it to significant misuse. It is said that many people have committed suicide, while wrongful arrests have been made. According to none other than the minister for Women and Child Development Maneka Gandhi, 293 out of 361 dowry cases in 2015 were wrongly applied. Similarly, the law against sexual harassment is believed to have led to several cases where it has been wrongly and unfairly applied.
According to National Crime Records Bureau data, atrocities on Scheduled Castes and Scheduled Tribes, in the period 2007-2017, have increased by 66 per cent. During this decade, six Dalit women were raped every day, besides the fact that atrocities against SC/ST occurred every 15 minutes. Conviction rates are extremely low, varying from 2 to 6 per cent. After this judgment, the Prevention of Atrocities Act, 1989 will get further diluted.
The Constituent Assembly entrusted the Parliament to alone make laws and the judiciary to interpret them. Currently, the judiciary is making more laws than Parliament. In the case of the SC-ST Act, it should have realised that the point of view matters – that caste matters. Upper castes people may see things differently than those from lower castes – and this includes both judges as well as appointing authorities. After all, they are also made of flesh and blood and may suffer from prejudice.
This Supreme Court judgment will definitely have political implications. In fact, this is the second such matter against reservation quotas that have come up in the past year. The first instance relates to the University Grants Commission (UGC) declaring last year that the department in a University would be the unit for reservation rather than the University. As the ripples of this decision unfolded, the Allahabad High Court in April 2017 allowed a plea which basically confirmed the UGC order.
Certainly, the situation has become quite alarming. Even if the government doesn’t have any role in the latter, there is a perception among SC/STs that the government or the ruling party is not doing enough. An equally worried government has referred the matter to its legal department for a structured opinion.
There is a popular demand that the government must go for revision in both the matters. I agree with this demand.
This article has been written by Dr Udit Raj, Member of Parliament from North-West Delhi. He tweets @Dr_Uditraj
For all the latest Opinion News, download Indian Express App
© IE Online Media Services Pvt Ltd
More From Udit Raj