Giving up on a statesman | The Indian Express

Giving up on a statesman | The Indian Express

Giving up on a statesman

Dalai Lama has won many hearts, including in China. India’s decision to shun him reflects poorly on Delhi. Dalai Lama has won many hearts, including in China. India’s decision to shun him reflects poorly on Delhi.
Official India’s decision to distance itself from the Dalai Lama, and its apparent keenness to underscore the dissociation, speak of our fallen times. The market and power are our gods, and in Indian elections, there is no “Tibetan constituency” to worry about.
We will, of course, continue to shelter the Dalai Lama and his fellow Tibetans. After all, they were driven out of their homes just north of us 59 years ago, and as neighbours it was our duty to welcome them. Not that we are keen to shelter all who are driven out of homes near our borders. The Rohingya? No, sir, although our minds might change if they perform an appropriate ghar wapasi. If they acknowledge that their ancestors a thousand years ago were “Hindus”, and if they are willing to be purified and restored to that pristine category, they might become eligible, through a process of what US President Donald Trump would call “extreme vetting”, for entry and a carefully watched stay.
Top News
His Holiness was entirely different. He was a living Buddha, an incarnation of Avalokiteswara. Tibetans and Indians revered him. Escaping across the Himalayas with fellow Tibetans, he arrived in India at the age of 24 and was warmly greeted by official and unofficial India. The Dalai Lama and other Tibetans found space in Indian hearts and on India’s soil.
Though he was keen on friendship with China, Jawaharlal Nehru, India’s prime minister from 1947 to 1964, had no hesitation in welcoming the young Dalai Lama and his associates. Humanity demanded a courteous reception, as did history.
Since then, India’s governments of different hues have followed Nehru and consistently taken the position that hosting a revered personality and other Tibetan refugees has nothing to do with being anti-China. Humanitarian gestures and respect for a globally-admired personality should not be seen in political terms.
The stance was, no doubt, tricky, and Beijing was irritated by India’s stand. But India’s ministers and officials — citizens as well — learnt to comprehend the separate requirements of diplomacy and humanity. A powerful factor enabling India’s governments and people to adhere to the delicate position was the Dalai Lama himself. His personality, which from the start was sparkling and positive, seemed year-by-year to grow in stature and wisdom. No one meeting, hearing or reading him could easily resist its impact. The Dalai Lama seemed interested in everyone he encountered, always listening, always reflecting on a visitor’s questions, always trying to enter into the visitor’s situation, always offering suggestions that seemed both practical and elevating.
To have lived like this year after year, and in place after place, for virtually six decades after being forced to flee his homeland remains an astonishing achievement. He spent times with people of different kinds but no crude or mean remark left his lips. He appeared to perform no ungracious act. It has been a life of tapasya, but a tapasya that made him steadily more cheerful, not more solemn.
But he was more than a spiritual pilgrim. Like it or not, the Dalai Lama is the symbol and leader, temporal and spiritual, of a precious group of people who identify themselves with a particular part of our earth, Tibet. In living the political part of his persona, too, the Dalai Lama has displayed statesmanlike qualities, including flexibility and pragmatism.
In recent years, he has spoken unambiguously of his willingness to see Tibet remain a part and province of China if Tibetans are allowed the freedom to exercise cultural and religious autonomy. A report informs us that he reiterated this stand as recently as on March 16, when he declared: “Since 1974 we decided not to seek independence. So now [we have been taking] a Middle Way Approach. Common interest is more important rather than one’s own national interest. With that kind of concept, I am very much willing to remain within the People’s Republic of China. Living within the People’s Republic of China, we can help [the people of China].”
That Beijing’s leaders have been unable to grasp the Dalai Lama’s gallant hand of friendship has been a great Asian tragedy, extending Tibetan sorrow but also hurting China’s global standing. Detached reflection might inform Beijing that in the Dalai Lama and the Tibetans it possesses a potential bridge to India and the rest of the world that could prove significant. Moreover, at a time when by its own statements the government of China is having to punish corruption on a large scale, the Dalai Lama’s ability to offer deeper goals to the individual suggests his relevance for the people of China.
China’s paramount leader Xi Jinping is 18 years younger than the Dalai Lama. Xi is party secretary, state president, and military chief. In recent weeks, his position has been fortified by party resolutions and constitutional amendments. Xi is currently the unchallenged head of what in some ways may be the world’s strongest country, even if it contains potential tensions, stronger even than the US, apart from also being the most populous land.
Tenzin Gyatso, on the other hand, the 14th Dalai Lama, leads a tiny fraction of that population, from outside the country, much of that time from India, and all of the time through the quality of his personality and the prestige, descending from history, of the Dalai Lama’s position, not by means of any state or party machinery, or by guns.
If official India has now explicitly chosen to shun the humbler man, it is not a decision that posterity will necessarily applaud, nor one that a future India will be proud of. For Tenzin Gyatso, through his life-long tapasya, has earned a firm place in the hearts of humanity, including many Chinese hearts. Any setback from exclusion will not be his.The writer is a historian. His latest work is ‘Why Gandhi still matters’
For all the latest Opinion News, download Indian Express App
More From Rajmohan Gandhi 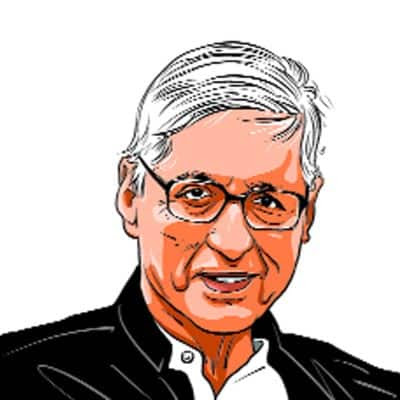