Comparison of the burka, a symbol of a besieged minority, with the trishul, a symbol of aggressive majoritarianism is callous and insensitive. 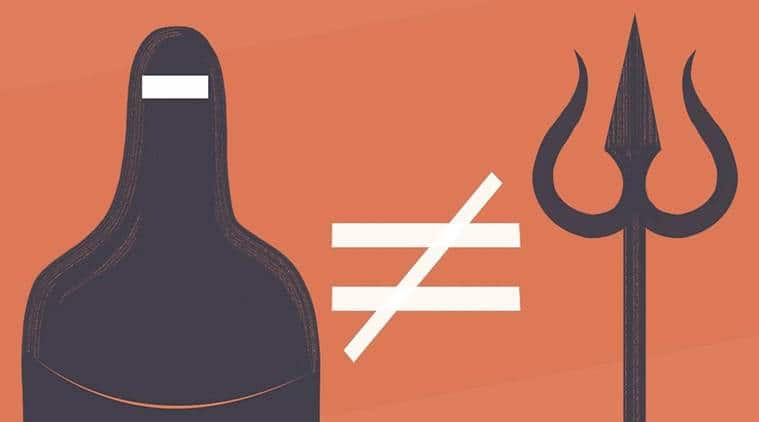