But Ángel María Villar, arrested Tuesday on corruption charges, was not aware of scale of investigation

JOSÉ ANTONIO HERNÁNDEZ
LADISLAO J. MOÑINO
Madrid 19 JUL 2017 - 09:23 ART
During his 29 years at the head of the Royal Spanish Football Federation (RFEF), Ángel María Villar has seen eight national soccer coaches come and go, and presided over a golden age for the sport in the country as Spain came out of the wilderness to win three major tournaments: the European Football Championships of 2008 and 2012 and, in 2010, the World Cup. 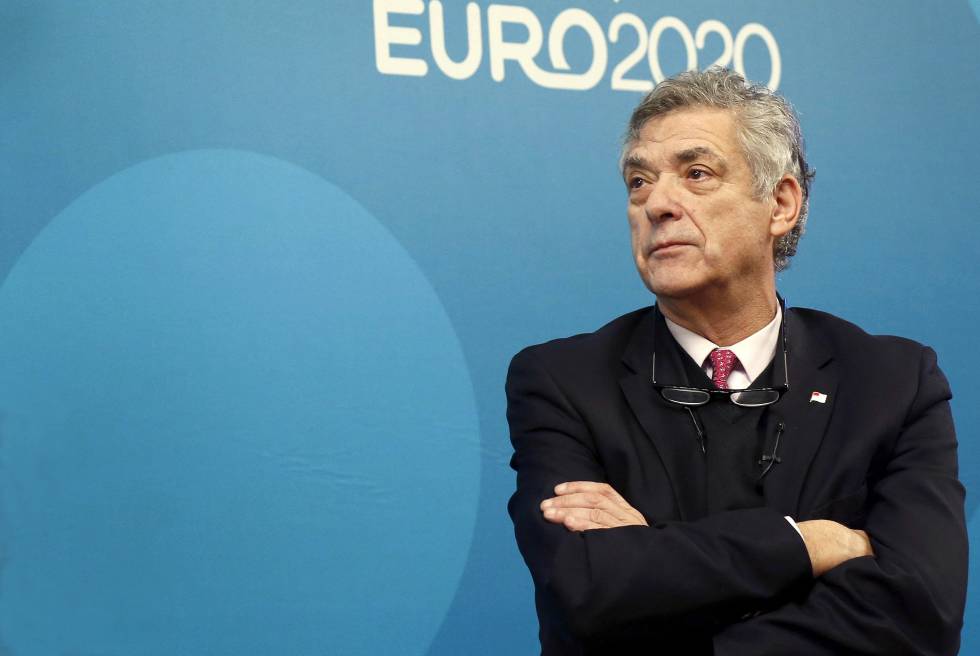 
But the legacy of Villar – whose sometimes murky RFEF presidency has been made possible by the support of a network of equally long-serving regional soccer chiefs – is now very much in doubt after he was arrested on Tuesday morning as part of an ongoing operation targeting the upper echelons of the sport’s top body in Spain.
Also arrested in the operation into alleged financial mismanagement at the federation were Villar’s son Gorka Villar, RFEF vice president of finances Juan Padrón, who also heads up the regional soccer federation of Tenerife in the Canary Islands, and the secretary of that regional body Ramón Hernández Baussou.
Villar either knew or suspected his phones were being tapped, steering clear of subjects that could have implicated him
Those arrests come after investigations lasting more than a year that stem from a formal complaint made by Spain’s National Sports Council in 2016. Based on that information, Spain’s Civil Guard believe Villar organized for Spain’s national soccer team to play international friendlies against teams including South Korea and Argentina with profits going to his son Gorka, a specialist in sports law who has no formal relationship with the RFEF.
Authorities also believe Ángel María Villar may have used federation funds to pay off regional soccer chiefs in a bid to maintain control at the top of the powerful federation. Villar was returned to office for a new four-year term in May, the eighth such occasion on which he has seen his contract renewed.
The courts are now investigating the soccer chief and other detainees for crimes including corruption, embezzlement, improper management and possible asset stripping in relation to a range of possible fraudulent activities. The amount of money involved is not known.
It has also now emerged that Villar either knew or suspected his phones were being tapped, steering clear of discussing subjects that could have implicated him and even mocking investigators by warning people he was talking to that the phones were not safe.
However, the soccer boss tripped up. He believed his calls were being intercepted by a lower court in Madrid’s Majadahonda district looking at possible embezzlement of federation funds by him and his friends – including an unnamed judge in the Spanish capital.
But those prosecutors were not just looking at possible fraud related to €1.2 million subsidies for soccer in poor countries. In fact, they were also investigating a range of more serious crimes on behalf of Spain’s High Court, and it was on the orders of this higher court that Villar’s phone calls were being bugged.
Villar’s reign has been made possible by the support of equally long-serving regional soccer chiefs
Those lines were monitored for three months and the recordings gathered will be added to the more than 2,000-page summary already compiled by Spanish High Court Judge Santiago Pedraz. They will also be added to documentation uncovered by the Central Operations Unit of the Civil Guard during extensive searches on Tuesday. All this material will be used to build the case against Villar and other suspects, with investigations focusing on the period from 2009 to the present.
For now, the future of Villar is uncertain. He spent part of Tuesday night in police detention and could now be held in preventive custody or be required to pay a civil bond. His international star has also faded as it appears he is out of favor with the new heads of both Europe’s governing soccer body UEFA and its world equivalent FIFA.