The decline of Europe

The decline of Europe

Can you maintain political power without people?

Europe once contained some of the biggest countries in the world.  However, after decades of falling birth rates the politically powerful region is declining.  Its new reality raises questions about whether it will maintain political power, and whether a reliance on migration will mean changing values and cultures (this is especially true because it is recent immigrants that also have the most babies).
Eurostat, the European Union's statistics agency, recently said that the region's population rose in 2016 solely because of immigration. The number of births and deaths were equal at 5.1 million each, while net migration boosted the population by 1.5 million to 511.8 million.  However, a large intake of migrants to Germany (mainly Syrian refugees), and smaller net migration to Finland and Poland, meant that populations there still grew.
By 2050, Eurostat estimates that only the populations of Ireland, France, Norway and Britain would rise without migration and the rest would be in decline.  Already, in 13 of its 28 member countries, more people died than were born last year.  The populations of Germany and Italy are expected to decline by 18% and 16% respectively without migration.
The following table illustrates how the continent might fare based on Eurostat's projections.  It shows that a large chunk of European countries are expected to decline in population by 2050 even with migration: 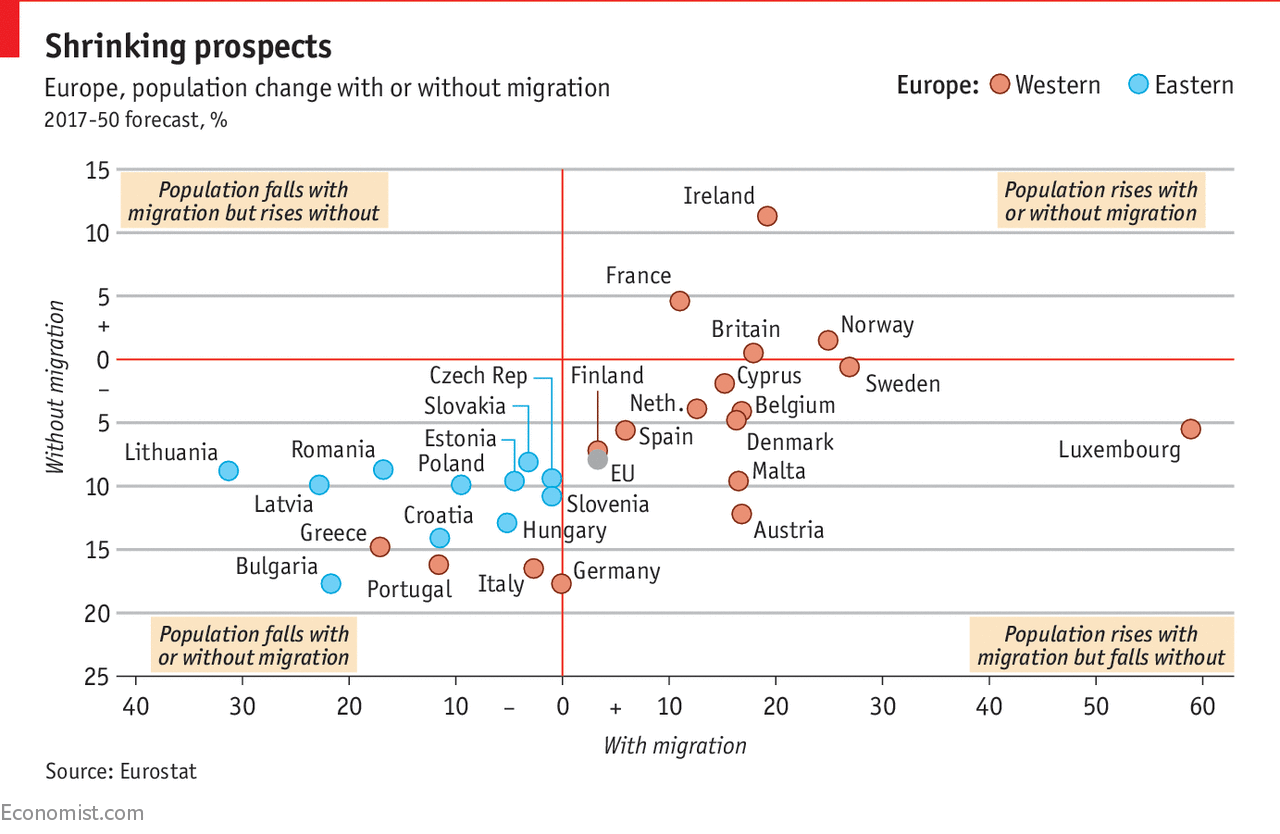 
Most of us are pretty good at seeing what other people are getting wrong, but not very good at seeing what we ourselves are not getting right. Just keeping our principles intact is not really enough. Just correcting other people’s ideas is not enough either. If it were, Christians would not be losing the marriage debate because, goodness knows, we have said enough about this subject.
In an interview conducted by Peter Jon Mitchell for our friends at the Canadian think tank Cardus Family, British psychologist Glynn Harrison says Christians have to tell “a better story about God, sex and human flourishing” (the title of his new book). But having a better story to tell would not get us very far unless we were living it, he suggests.
Living the Christian story about marriage and family: there’s a challenge for all of us.
Moving from the sublime to the weird – the article below about zombie film-maker George A. Romero, who died this week, is by special request of Michael Cook, who is a fan of the genre. I am sure this is not for any trivial reason, but it is something he will have to explain himself sometime.