THE BUBBLE LIKE IDEA ▼ The future of digital media: News in times of a technological bubble | In English | EL PAÍS

The future of digital media: News in times of a technological bubble | In English | EL PAÍS

News in times of a technological bubble 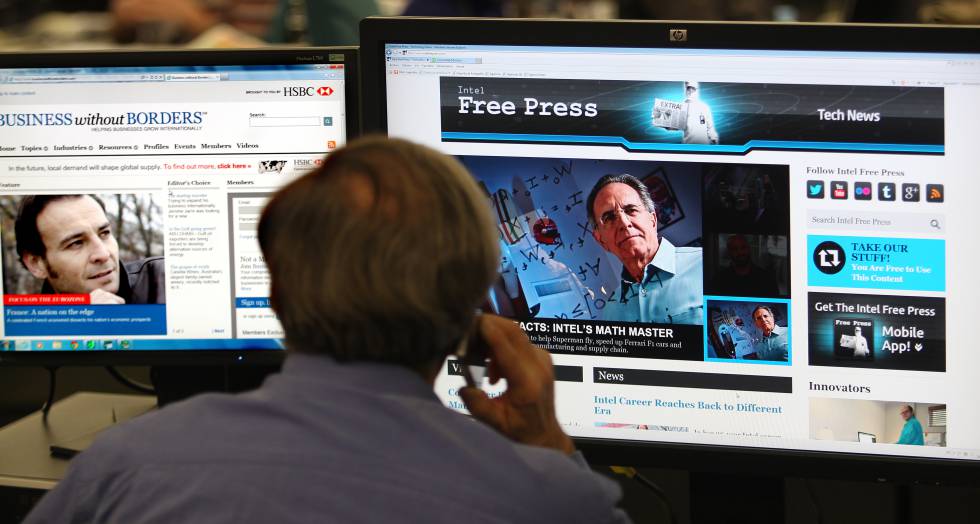 
Michael Wade, an expert in digital transformation, explained recently in business daily Cinco Días, that the bursting of the tech bubble is near and that it is going to be painful. But for now, the bubble – if it exists – is already proving to be painful for the traditional media. Barely five big companies, among them Google and Facebook, have taken control of two-thirds of all of the investment in advertising the world over, something that is leaving the producers of information suffocated. The fact that they have been able to capture all of this advertising is thanks to these producers, given that the majority of the volume of news and comments on stories that circulates throughout the internet and social networks originates on traditional news media.

In this new ecosystem, platforms and media have entered into a relationship of mutual dependency, but one that is very unbalanced: while one side is keeping hold of the majority of the profits that come from the content, the other is having to assume the majority of what it costs to produce them. It is true that search engines and social networks have multiplied the audience of the traditional media to a level that not even the most optimistic directors could have dreamed of just a few years ago. The fact that EL PAÍS would end up with millions of online users every day would never have been forecast before the arrival of the internet. But at the same time, these platforms, which facilitate to such a great extent the spreading of news, are also having the greatest drain on their income. They have introduced the virus of not paying, to the extent that the gadget that permits access has much more value than the content itself.
According to the 2017 Digital News Report, barely 9% of internet users pay for digital news, and just 11% would be willing to pay for it in the future – that’s eight points down on 2016. The report, carried out by Oxford University for the Reuters Institute with the collaboration of Navarre University in Spain, is the biggest comparative global study on the consumption of information. Advertising is still the main source of income for digital media, but revenues are insufficient and are being negatively affected by the competition posed by the platforms themselves.

60% of users consult seven or more online publications every week

The good news is that in 2017 the confidence of online users has recovered considerably. Spain was once toward the bottom of the list. Now 51% trust digital media, 17 points higher than in 2015 and eight points higher than the average of the 36 countries analyzed. Skeptics have gone from 33% to 24%, but they are focused more among younger age groups – precisely the profile of those users who gets their news from social networks. Platforms make promiscuity easier: 60% of users consult seven or more online publications every week, but in the main these are the traditional media. The conclusion appears to be clear: sooner or later, the correlation of the strengths of the platforms and the media themselves will have to be changed, and what really matters will have to be valued more: quality information.

Washington Post chief: “We will expose falsehoods coming out of the White House”