MercatorNet: ‘We need to reach out and listen to Trump supporters’

MercatorNet: ‘We need to reach out and listen to Trump supporters’

‘We need to reach out and listen to Trump supporters’

Morning-after thoughts of a Trump critic. 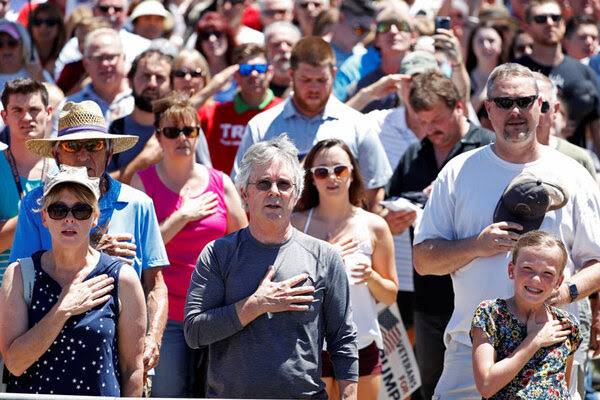 "If I had to make a guess about one of the real drivers of yesterday’s outcome, I would guess that Middle America really, really does not like identity politics."
The tone of my first reflections on the 2016 general election, written before voting began, was hopelessly smug and made unwarranted assumptions. I assumed that the data we had at the time were true and that it was pretty likely, though hardly certain, that Hillary Clinton would win the presidential election and that the Democratic Party would retake control of the Senate. To quote a former governor of Texas dispatched early in the primary season, “Oops.”
Readers have emailed to ask my reaction today. I have to say the morning has felt surreal: Steve Inskeep on NPR was discussing President-elect Trump’s invitation to the White House to meet with President Obama in the same reassuring tones I hear every morning. The weather, while not as fine as yesterday, is nice enough for an early November day. I got on with the routines of the morning. And yet going back almost a year, I have been writing with alarm about—here goes—the President-elect, noting the apparent connection between the Trump movement and the Leave campaign in the UK, criticizing his simplistic “winners and losers” way of looking at international trade and other issues, noting his unfortunate association with the so-called “birthers,” encouraging American readers to take the threat posed by Mr. Trump’s rhetoric seriously while reassuring foreign readers that even in a Trump administration the mechanisms of our constitutional system would constrain the executive, and calling out the anti-Semitic tropes in one of his more recent speeches, which, whether intentionally or not, clearly resonated with the most unsavory part of his base of support. So, you ask, how’s my morning going?
Here are some thoughts for what they are worth:
Ted Folkman is the publisher of Letters Blogatory, the Web's first blog devoted to international judicial assistance. He is a shareholder with Murphy & King, a Boston law firm, where he has a complex business litigation practice. This article is reproduced from his blog under a Creative Commons License.

Responses from Democrats to Donald Trump's victory seem to be basically of two types: outrage and rejection on the one hand, and on the other, an admission that they missed something very big that was happening among their fellow Americans and that they now need to understand.

In the second category is a blog post by Boston law professional Ted Folkman that we have reproduced today. What he says about identity politics rings true to me: that many whites backed Trump because they were sick of being sidelined while various minorities made their claims on the American nation.
Best comment today, though, is from Jennifer Roback Morse of the Ruth Institute. Dr J points out that before it can be great again, America must be good again -- a challenge addressed to every one of us.