MercatorNet: Some numbers behind the election result

MercatorNet: Some numbers behind the election result

Some numbers behind the election result

It's the change, not the economy, stupid. 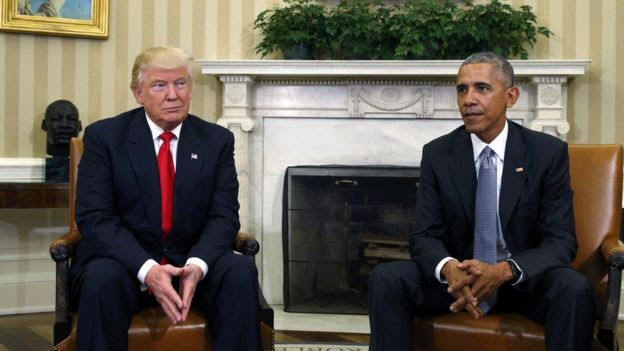 We are still in the immediate aftermath of the US Presidential Elections, a suprise upset result that has resulted in millions of words being written and many surveys, postmortems, predictions and howls of anguish and triumph being unleashed. So here's one more to that pile.
As I mentioned in my last blogpost before the election, I thought that, if Trump won, it was because his supporters were more enthusued than Clinton's were and were more likely to get out to vote than her's were. And it seems as if that was, in part, what happened last week – the number of Trump's votes was about the same as Romney's four years ago, while Clinton's total was well down from Obama's in 2012.
To add some further intrigue, let's pick over some of these surprises from the election carcass cooked up by the Washington Post. (NB: these surprises are all taken from the election day exit polls and therefore whether they can be relied upon is another matter!)
MERCATORNET | New Media Foundation
Suite 12A, Level 2, 5 George Street, North Strathfied NSW 2137, Australia
Designed by elleston
New Media Foundation | Suite 12A, Level 2, 5 George St | North Strathfield NSW 2137 | AUSTRALIA | +61 2 8005 8605


Now look what he's done! Donald Trump gets elected in the US and six days later New Zealand has a magnitude 7.5 earthquake -- actually two quakes -- killing two people. Correlation is not causation, but it must be tempting for some journalists to blame the new American president for our latest misfortune. Or was it the super moon? Tonight, the moon is at its closest point to the Earth in 68 years. Unfortunately there is a lot of cloud around in this part of the world so we are not seeing it yet. That's probably Trump's fault too.
Well, as far as MercatorNet is concerned, it is time to focus on the things President Trump should do rather than on the awful things he has done or might do. He needs lots of good ideas, and one of them is outlined by Elysse ElHage. Building a healthy marriage culture is not a task for which Mr Trump is uniquely qualified. However, we can all learn from our mistakes. We can also learn from the massive amount of data that Ms ElHage indicates in her article, showing that strong families are part of the story of making America great again. Are you paying attention Mr Trump?