And the role of cultural norms in creating them. 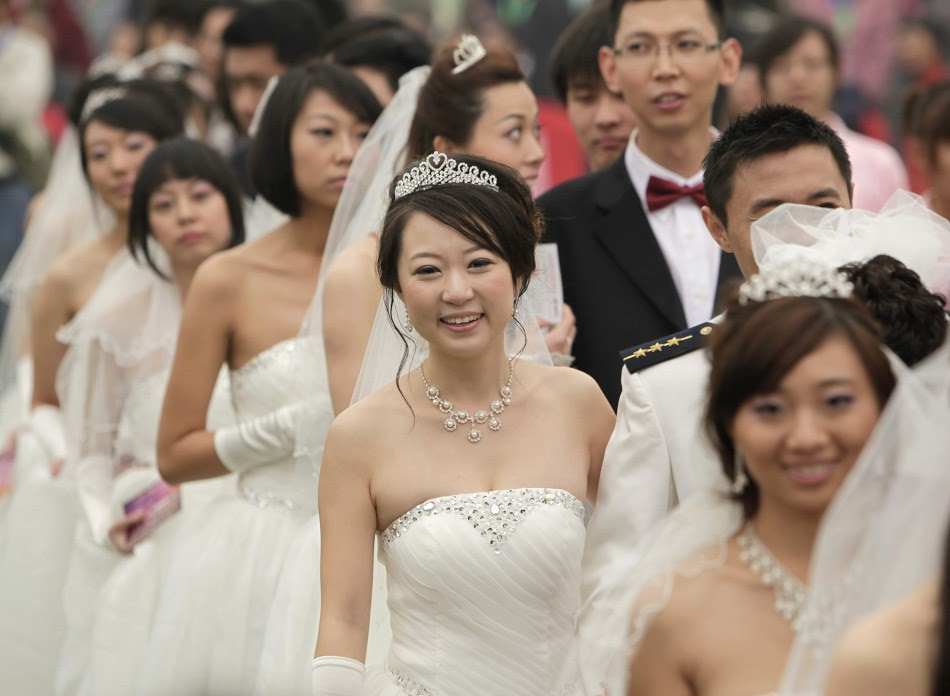 One of the worrying recent social changes in China is the decline in the number of marriages. Since 2013 the number of newly registered marriages has dropped by over 9 percent. This is worrying for the Government, which is wanting to raise China’s birthrate and is concerned about the oversupply of young, unmarried men (both trends, ironically, due to previous Chinese governmental meddling in the Chinese family).
We reported a couple of weeks ago on the views of some young Chinese people that show marriage is, for many, less than an attractive proposition. Over at the Conversation, Xuan Li, an Assistant professor at NYU Shanghai, has offered another reason for why marriage rates are falling in the Middle Kingdom: women, particularly educated and urban women, feel more secure outside of marriage than in it.
Even those young people who want to get married are faced with numerous barriers. Official figures place the number of surplus men born since the 1970s at anything between 24 and 33 million (and what weight can we place on such figures?). Thus, many millions of young men will inevitably end up without a partner. Secondly, 85 percent of male and female migrant workers work more than 44 hours a week, leaving less time to pursue relationships.  But for Chinese women, there are other barriers to marriage. According to Li:
“Unlike their counterparts in the developed world, Chinese women receive no effective protection from the law in case their marriage dissolves. Knowing that bleak career prospects and a non-existent safety net await them, these women have every reason not to trade their career or personal freedom for a wedding.”
While urban women at least have a choice, for many rural women there is no alternative to unwanted marriages, inequality between the spouses, and violence within and for the sake of marriage. As Li notes, there is a long way to go for the cause of women’s rights in China, something we’ve noted before on this blog. With such a background, is it very surprising that millions of Chinese are choosing to buck centuries of familial tradition and choosing not to get married?

While Americans are on the edge of their seats over next Tuesday’s election, New Zealanders like myself are steeling themselves for the annual ordeal we have to suffer for being a former colony of Britain. I mean Guy Fawkes night, November 5. I know I have complained about this before, but I really need to impress on you how awful this mindless, meaningless anniversary is.
You see, it goes on not just for one night, but for weeks, because once the pyromaniacs have got their stash of fireworks in, they are merciless. Just as you are settling down to sleep in your quiet suburb they emerge into their backyards and let off explosives that, for noise, would not be out of place in Mosul or Aleppo. And the odd night you get to sleep first, they wake you up at midnight with the loudest banger they can lay hands on. Night after night!
There. I’ve done with complaining. But be warned, if you ever plan a trip to our South Sea Paradise, DO NOT COME IN NOVEMBER.
Some people complain that the United States electoral system is too complicated, but it seems to me that in something so important complexity is a virtue. Anyway, that is my conclusion after reading Graham Walker’s case for “throwing the election to the House”. It offers a ray of hope for a president who is neither Hillary or Donald.