MercatorNet: Some thoughts on marriage from young Chinese

MercatorNet: Some thoughts on marriage from young Chinese

Some thoughts on marriage from young Chinese

An insight perhaps into why marriage is declining in China. 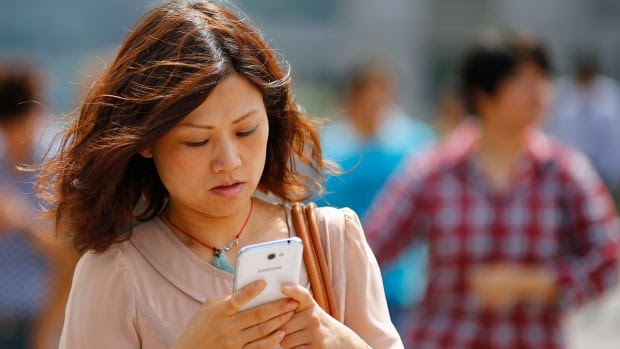 A couple of weeks ago I blogged about the declining institution of marriage in China as the absolute number of marriages continued to decline and the absolute number of divorces continued to rise. The Chinese Communist Party, having contributed in a major way through the one child policy, is now desperately trying to encourage people to marry and for women to stop waiting for Mr Right. In response to the New York Times article that lay behind my original blogpost, the Times has published some of the Chinese responses to the article on Weibo (the Chinese equivalent of Twitter). Now, I have often criticised the media’s current penchant for lazy beat-ups that involve finding the most outrageous three comments they can find on Twitter and then breathlessly reporting on “outrage” by some anonymous keyboard warriors. However, in this case, I will risk charges of hypocrisy and report on these Weibo messages as an interesting window into the views on marriage of some (some!) young Chinese. (Although I think that you could find young people repeating these comments around the world.)
First, some Chinese are choosing to live alone, since marriage is just not that attractive.
“After marriage, your life has all kinds of unhappiness. Who doesn’t want to pursue a high quality of life?”
Of course, singledom doesn’t inure you from unhappiness necessarily. Indeed, it is the human condition that we all suffer and face unhappiness at some time. I would also like a definition of “high quality of life”.
“I’ve fought with my parents from childhood until now about this. I too think it is more free being just one person. I don’t think I could take it if we talked about romance or marriage!”
“Loyalty in marriages is ever diminishing, and one can be very happy alone. Why seeking out a burden?”
I think that there is a real lack in so many countries of people unequivocally demonstrating the beauty of family life, of marriage, of commitment and loyalty, of having a “burden” (aka a husband, har har!) and of unconditional love. We need more witnesses of good family life and the treasure that it is so that people can be attracted to that, rather than the marriages that they read about in Hollywood.
Young women are also becoming more economically independent in China, and many do not want to give that up for a husband. Nor does economic necessity compel them to find one.
“Some men’s sense of patriarchal is just too much. They think working outside the home all day is very tough, and when they come back they want to lie down as if they’re the master. If they have to help out at all, they feel as if they’ve been asked for the whole world! And their wife has also worked all day, but when she comes back she’s like a free housemaid! If you don’t clean the house well, then he’ll criticize you. You’ll have to worry about your husband’s having an affair and blaming yourself afterward.”
Traditional views on the division of household tasks certainly cannot easily survive when both are working.
“A woman’s value should not be reflected through marriage. It’s not as if one cannot support oneself. It’s not that I don’t want to get married, it’s just that society’s guarantees for women are too few and there are too few good men. Men, your male elders, close friends: They all think that women should get married, have children and care for the family. Wake up, everyone. Times have changed. Why don’t you look at yourself first and what your own sons are like!”
The view that there aren’t good quality men out there for Chinese women is something we’ve talked about before on this blog and the “shengnu” phenomenon. Some have even gone so far as to question the need for men at all:
“Women can earn their own salary and can have children on their own. Why do we need men?”
I wonder if John Wyndham’s novella “Consider Her Ways” has been translated into Chinese?
“I don’t want to get married. Life is endless. Why would you want a family?”
Why indeed? Again, I would reiterate that many countries need reminding about why you might want a family. The benefits therein and how they outweigh the downsides. But until this happens in China, and if these views are representative of the wider young population, then the Chinese government is whistling in the wind in trying to get its fertility rate to increase.

I would like to issue a big thank-you to the Swedes for giving Bob Dylan the Nobel Prize in Literature. Thank God we have something to argue about this week other than the failings of Donald Trump.
I’ve noticed that reactions to the news varied according to the age of the pundit. The baby-boomers are swooning. Dylan is, after all, the guardian angel of baby-boomerdom – rebellion, nostalgia, confusion, and anxiety. He captured the Zeitgeist.
But I’ve noticed that millennial critics tended to say: “Dylan, what the…? He writes songs, not poetry?! They don’t make sense without the music.” It’s odd that Dylan’s trademark surrealism and protest don’t strike a chord with a younger generation.
Anyhow, a bit like the Nobel Peace Prize, which Al Gore won for his PowerPoint skills and Barack Obama for nothing at all, the Nobel Prize in Literature is meant to provoke controversy. Let it begin. Read Martin Fitzgerald’s reaction below.