MercatorNet: Trumpism is not the only thing bad for boys

MercatorNet: Trumpism is not the only thing bad for boys

Trumpism is not the only thing bad for boys

Liberals worry about ‘our sons’ but come up with the wrong answers. 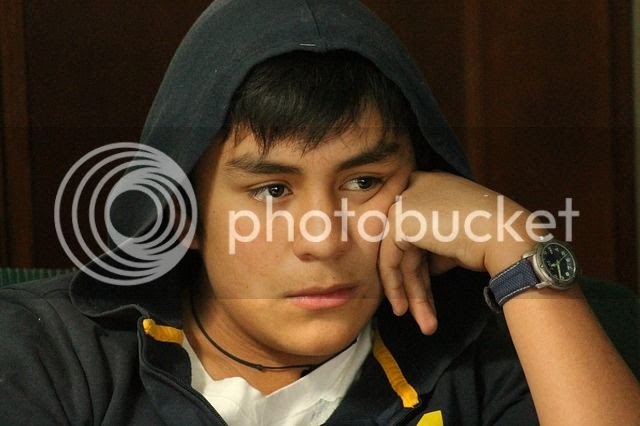 In their moral panic over Donald Trump’s lewdness and alleged aggression towards women, liberal journalists have made a new discovery: the boy child. Normally it’s hard to find them wringing their hands over anyone but women and girls, but the Republican presidential candidate’s record of obnoxious behaviour has them worrying about “What Our Sons Are Learning from Donald Trump” and “How To Be a Man in the Age of Trump”.
There are other questions, of course: What are boys learning from anyone else? And who is really best equipped to guide them to manhood?
Michelle Obama seems to have started it with her remarks about men and boys in her emotional denunciation of Trump’s sexism at a Clinton rally in New Hampshire. “Like us [women], these [decent] men are worried about the impact this election is having on our boys who are looking for role models of what it means to be a man,” the First Lady said.
Very true. But the boy child in America and elsewhere in the West needed good role models long before Trump arrived on the scene, and was not always finding them if the “campus rape culture” story of the past decade or so is anything to go by.
“Boys need continuing, serious guidance about sexual ethics, reciprocity, respect,” writes New York Times Magazine contributor Peggy Orenstein in the “how to be a man” piece cited above. “Rather than silence or swagger, they need models of masculinity that are not grounded in domination or aggression.”
Also true. But, to be fair to the male sex, the majority of boys have those good models right in their own homes. They are called fathers, and while the media have been parading Trump’s bad example, they have been trying to protect their sons and daughters from the filth and nastiness.
Not all of them will be giving their sons the “serious guidance about sexual ethics” that Orenstein rightly advocates, but they are not wholly to blame for that omission. A generation or two of men have grown up with a type of sex education in school that had as its highest aim to prevent girls getting pregnant, and both them and thir boyfriends from getting STDs. Their parents got the message that anyone but themselves were the experts for this job.
In fact, research shows that -- for boys, especially – it's mom and dad who have the most influence on behaviour. That’s mom and dad living under the same roof with their children, it’s necessary to add.
In the other New York Times piece referenced earlier, Claire Cain Miller notes, that: “Role models, whether parents or public figures, can help boys overcome disruptive behavior. And boys are much more responsive to this kind of attention and modeling than girls are, according to a study by Marianne Bertrand of the University of Chicago and Jessica Pan of the National University of Singapore.”
Actually, the main finding of that study on boys and disruptive behaviour is that “boys do especially poorly in broken families”. That is because “Broken families are associated with worse parental inputs and boys' non-cognitive development [i.e. emotional, social], unlike girls', appears extremely responsive to such inputs.”
So there you have another clue to boys behaving badly, including towards girls: a home from which dad is missing. If he is not there, he cannot model good male behaviour and he cannot tell his boy that there is no way he is going to watch the soft porn movie that other boys are talking about. Neither, apparently, can the mother do this effectively on her own.
However, there are still plenty of people willing to take their place. Orenstein highlights a sexuality education programme called Our Whole Lives, which declares on its website that it “recognizes and respects the diversity of participants with respect to biological sex, gender identity, gender expression, sexual orientation, and disability status. The activities and language used throughout the program have been carefully chosen to be as inclusive as possible of this human diversity.”
She also gives favourable mention to a curriculum from the Population Council (whose real expertise is in birth control) which “offers adolescents lessons about gender, power and rights within intimate relationships”, and a popular video put out by the Thames Valley Police (UK) which compares negotiating consent to sexual intercourse with offering someone a cup of tea (just because a person wanted tea last week doesn’t mean she wants it now). California gets a mention for being the first state to make lessons on sexual consent mandatory for high school students.
Power, rights, consent… If an earlier generation of dads never got past telling their sons, “Don’t get a girl pregnant,” does this modern version really set bar much higher? Throw in the gender agenda to add confusion and it would be no wonder if today’s boys tuned in to Trump. Gross as his attitude is, it bears some relationship to the reality of adolescent sexual drives, especially when informed by pornography, while “consent” andits associated rhetoric is a mere fig leaf to cover the huge mistake of encouraging adolescent sex at all.
Boys and girls need an education about love, and the best way to get this is by living with a mother and father who unselfishly love each other, respect each other and desire the other’s and their children’s good. If those who are so concerned about boys are sincere, they should be thinking hard about how society can give them the kind of homes in which they can thrive and mature into great men.
Carolyn Moynihan is deputy editor of MercatorNet.

I often feel sorry for boys. They are growing up in an era of female empowerment which constantly puts them in the wrong. They could easily get the impression that they are a big mistake of nature whom society would be better off without.
But, suddenly, they are the object of tender concern in the upper echelons of society. Michelle Obama and New York Times writers are worried about them. Why? Because of Trump, his sexism and the shocking role model he is for young males.
I contend, however, that Trump will have very little effect on boys if their own natural role models – their fathers – are on the job. That this is not the case for many, many boys, is the sad fact that the guardians of liberal culture should be weeping over.
Unfortunately, their solutions tend in another direction, as Anthony Esolen’s wonderful essay on the pronoun wars illustrates.