There is another choice 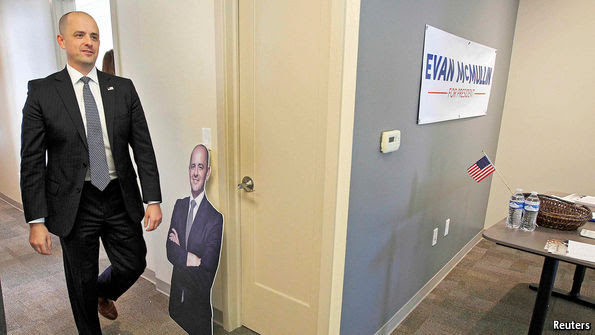 The third debate between Hillary Clinton and Donald Trump was unlikely to change anyone’s mind. Clinton was angrier; Trump was better prepared. Both were full of venom. Clinton was scary, putting legal abortion up to a day before birth and LGBT rights at the very top of her agenda. Trump was scary, refusing to say whether he would accept the outcome of the election.
American voters are being forced to choose between a candidate whom you cannot trust to give your daughter a facts-of-life talk and one whom you cannot trust to leave her alone; between an untrustworthy statistics-spouting bureaucrat and an untrustworthy blustering vulgarian.
How should they respond? Choosing the lesser of two evils will still leave many voters feeling defiled. Anyone who believes in the sanctity of life will feel gratified that Donald Trump declares that he is pro-life and will appoint judges to the Supreme Court who might roll back abortion. But it is impossible to defend his behaviour towards women, his views on torture of suspected terrorists or his attitude towards immigrants, legal or illegal. He is no friend of human dignity.
There are two other national candidates. Gary Johnson, the former governor of New Mexico, is running as a Libertarian. He backs abortion and legalised marijuana. Jill Stein, a doctor and activist, is running for the Green Party. Her policies, ditto.
However, there is another choice. In August Evan McMullin, a complete unknown from Utah, emerged in August as an alternative to Clinton, Trump, Johnson and Stein.
McMullin is an unmarried 40-year-old MBA who has worked for the CIA, Goldman Sachs and US House of Representatives. He is billing himself as a conservative with strong pro-life credentials. A committed Mormon, he has a good chance of winning in his home state of Utah. According to the latest poll there, he is four points ahead of Trump and seven ahead of Clinton.
FiveThirtyEight.com, an influential data journalism website, rates McMullin’s chances of being President at less than one percent. But, because of the quirks of the American electoral system, it is possible. Remember, this time last year, no one thought that Donald Trump would become the GOP candidate. And here we are. In 2016, anything seems possible.
This is the way it would work. The winner of the election would normally be the candidate who secures a majority -- 270 votes -- in the Electoral College. But if neither Clinton nor Trump reaches 270, the House of Representatives chooses amongst the three highest candidates in the Electoral College. If McMullin  wins in Utah – the first third-party candidate in 46 years to take a state – he will be one of those three. If a majority in the House is Republican, and if enough of them spurn Trump, then Evan McMullin could take up residence at 1600 Pennsylvania Avenue.
The election would have to be close. In 1968, the last time a third-party candidate took votes to the Electoral College, it made no difference. Segregationist George Wallace won the popular vote in five states, but Richard Nixon easily won in the Electoral College with 301 votes to Hubert Humphrey’s 191 and Wallace’s 46. At this point, Trump is flagging in the polls and a narrow margin seems unlikely.
Another hurdle for McMullin is that he is only on the ballot in 11 states. In 32 others he merely has official write-in status. Although his running mate as Vice-President is Mindy Finn, a mother of two young boys and a former Twitter executive, the ballot papers have the name “Nathan Johnson”. (Too complicated to explain this.)
On the positive side, there is a precedent for McMullin’s quixotic strategy. In 1824 John Quincy Adams became the sixth President even though Andrew Jackson had a plurality of votes in the Electoral College. Jackson and his supporters denounced the horse-trading behind the scenes in the House of Representatives as a “corrupt bargain” and made life miserable for the winner. But Adams was President all the same.
Do voters know enough about McMillan? What skeletons does he have in his closet? Hopefully none. But he seems like a decent man, a modestly successful professional, and a patriot. More importantly, he is not Hillary and he is not The Donald. America could do a lot worse.
Michael Cook is editor of MercatorNet.

So the third debate is over and approximately four people have had second thoughts about who is the worse candidate for president. American voters face a choice “between an untrustworthy statistics-spouting bureaucrat and an untrustworthy blustering vulgarian,” writes Michael Cook with characteristic economy and precision. Alternative candidates are not attractive either – except possibly for one man. Read what Michael has to say about Evan McMullin, and why he could have an outside chance of winding up in the White House.