Economic Empowerment of Women Good for All | Inter Press Service

Economic Empowerment of Women Good for All | Inter Press Service

Economic Empowerment of Women Good for All

Print | Send by email
Kingsley Ighobor is a writer at Africa Renewal,* published by the United Nations

Attendees at an FAO sub-regional training workshop on gender and livestock in Harare, Zimbabwe.
UNITED NATIONS, Apr 22 2019 (IPS) - Government staffer Souhayata Haidara enjoys talking about her life in a patriarchal society. Her career is a triumph of patience and perseverance, she tells Africa Renewal with a smile and a wink.
Ms. Haidara, currently the Special Adviser to Mali’s Minister of Environment and Sustainable Development, says she was lucky not to be married off at age 14 like some of her peers. Her father resisted pressure from suitors and relatives and insisted that the teenager be allowed to complete high school before getting married.
“In our culture, people believe education is for boys and that the women must marry and stay at home,” she says.
Women’s economic empowerment is anchored by education, maintains Ms. Haidara, who earned a degree in environmental science in the US on a scholarship from the United States Agency for International Development.
“I couldn’t be where I am today without education. I earn an income. I educated my three children—a boy and two girls, now grown. I have a six-year-old granddaughter who is getting the best grades in class. That makes me very happy.”
But Brandilyn Yadeta, a 32-year-old Ethiopian, missed out on education. “I had a baby at 19 and the father traveled abroad without letting me know. Since then, I continue to struggle to take care of my child, which is my priority, above my education.” She is a small-scale trader. 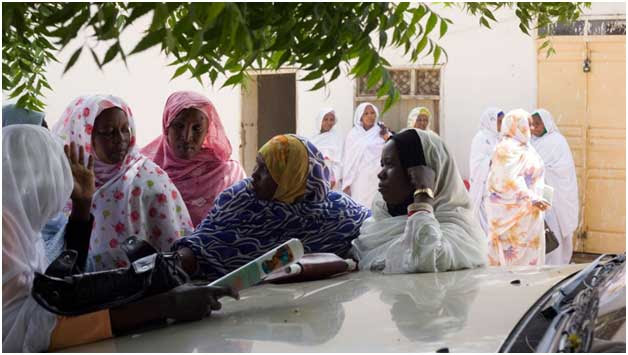