Women and Girls “Preyed on as the Spoils of War”

Print | Send by email
This is part of a series of features from across the globe on human trafficking. IPS coverage is supported by the Riana Group. 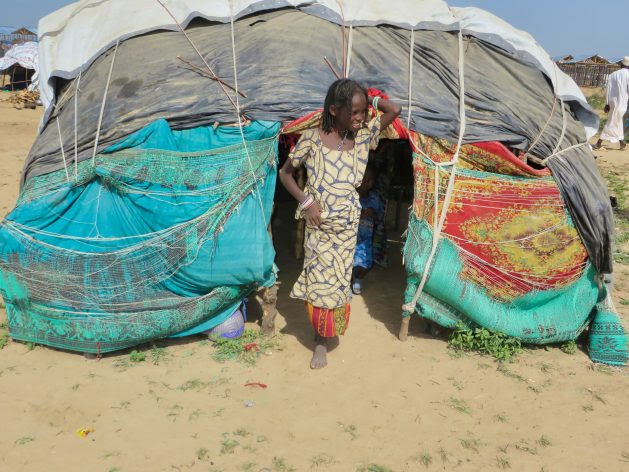 A young girl whose family fled the Boko Haram insurgency stands in front of a tent in a camp for internally displaced persons in Maiduguri, Nigeria. Boko Haram has abducted thousands of girls and forced them into unwanted marriages and enslavement. Credit: Sam Olukoya/IPS
MAIDUGURI, Nigeria, Apr 25 2019 (IPS) - “They forcefully took us away and kept us like prisoners,” Lydia Musa, a former Boko Haram captive who was abducted at the age of 14 during an attack on her village in Gwoza, in Nigeria’s north eastern Borno State, tells IPS. Musa and two other underaged girls were captured and forced to marry Boko Haram fighters in spite of their protests that they were too young to marry.
“You must marry whether you like it or not they told us as they pointed guns at us,” the now 16-year-old girl recalls.


The origins of the GSN come from the endeavours of the Joint Declaration of Religious Leaders signed on 2 December 2014. Religious leaders of various faiths, gathered to work together “to defend the dignity and freedom of the human being against the extreme forms of the globalization of indifference, such us exploitation, forced labour, prostitution, human trafficking” and so forth.